The senator from California drew an estimated 20,000 people to her campaign kickoff in Oakland, California 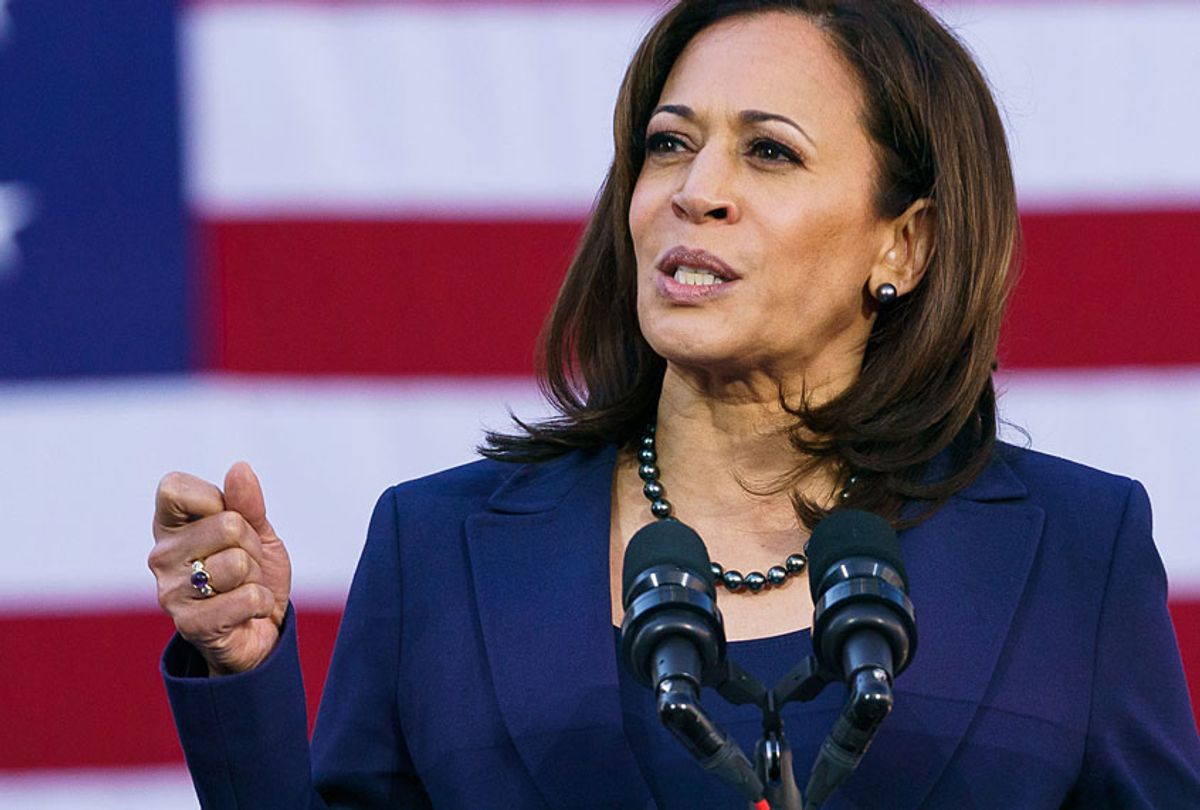 Harris drew an estimated 20,000 people to her campaign kickoff in Oakland, California.

“Kamala had the biggest start out of the gate with the huge crowds and has kind of stalled as [Joe] Biden got in and Bernie [Sanders] has this real core base of support,” Karni noted.

“One other thing to note, in terms of her turning to Trump, I’ll be interested to see his reaction to her because she is notably one candidate in the wide field that he doesn’t seem to know how to take on or has settled on a way, he’s doing Sleepy Joe, Crazy Bernie, he made fun of Pete Buttigieg at his rally in Florida last night,” she explained.

“All he said about her is she has commendable crowds. He hasn’t figured out a way to attack her yet,” Karni concluded.

Wallace, who was a top Republican communications strategist prior to her journalism career, offered her analysis.

“Her crowds spooked him,” Wallace concluded.