Political prophet Allan Lichtman: Would impeaching Trump help him or hurt him in 2020? 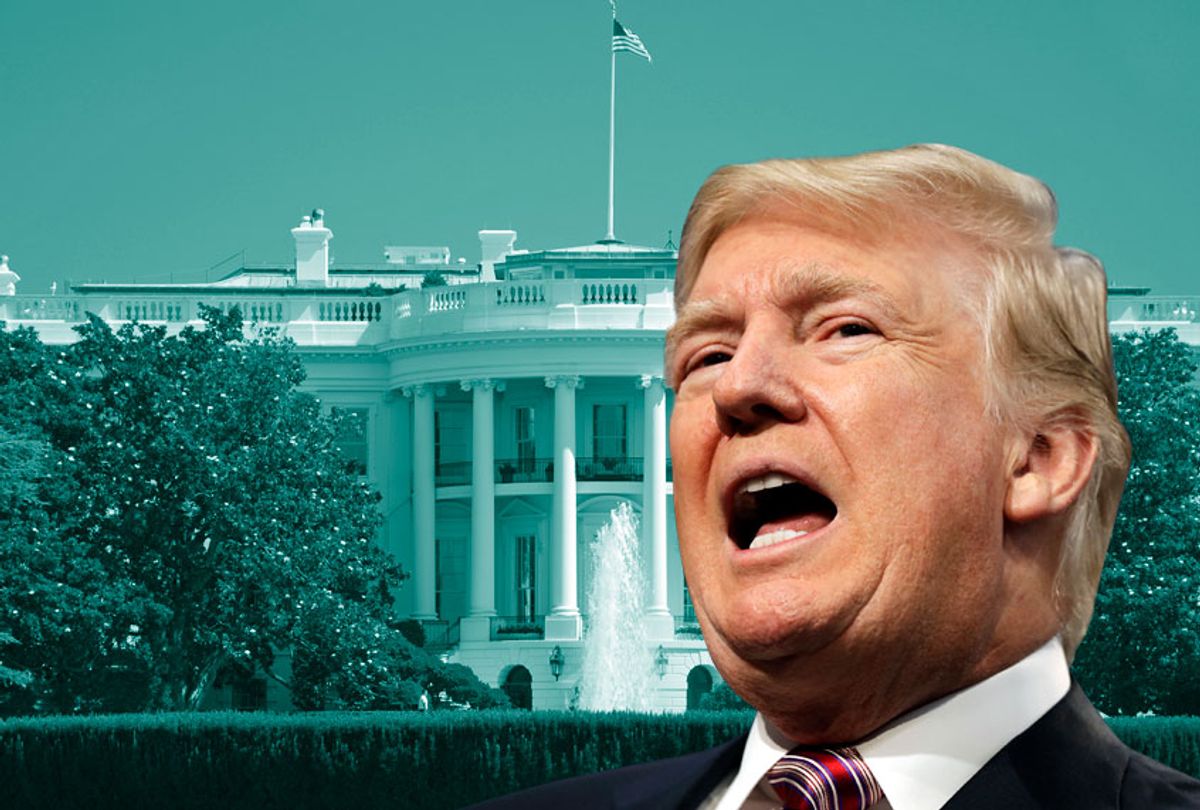 Many commentators and observers, including me, have argued that Democrats would be foolish to impeach President Trump. At least in terms of outcomes, it would be a fruitless exercise: At least 20 Republican senators would have to turn against one of their own to convict Trump in a Senate trial and remove him from office. Yet my recent conversation with political historian Allan Lichtman made me question whether this is correct, even as political strategy. Even if impeaching Trump doesn't remove him from office, might it not be instrumental in defeating him in 2020?

It's important to suspend political biases here and assess Trump's chances of re-election from a clear-headed perspective. Any opponent who don't do this will underestimate his potential strengths.

A political historian who teaches at American University, Lichtman published a highly relevant book last year, "The Case for Impeachment," long before the results of Robert Mueller's investigation were known. Lichtman is perhaps best known for his earlier book "The Keys to the White House," which lays out 13 variables that he says determine whether the party that controls the White House will win a given presidential election. Each key is a statement that, if true, makes it more likely that the incumbent party will win the popular vote; if eight or more are true, the incumbent party can be expected to triumph.

Although the system is somewhat complicated by elections where there is a split between the popular vote and electoral college results (as happened in 2000 and 2016), it has an excellent predictor of political trends, successfully anticipating election outcomes since 1984. The "keys" to power, as summarized by PBS, include:

2. Contest: There is no serious contest for the incumbent party nomination.

3. Incumbency: The incumbent party candidate is the sitting president.

4. Third party: There is no significant third party or independent campaign.

5. Short-term economy: The economy is not in recession during the election campaign.

8. Social unrest: There is no sustained social unrest during the term.

9. Scandal: The incumbent administration is untainted by major scandal.

12. Incumbent charisma: The incumbent party candidate is charismatic or a national hero.

13. Challenger charisma: The challenging party candidate is not charismatic or a national hero.

I spoke with Lichtman about how impeaching Trump could lead to his defeat in the upcoming election. We began by discussing House Speaker Nancy Pelosi's concern that Trump won't step down if he is defeated in 2020, although Lichtman rapidly segued to his frustration with Pelosi's refusal to impeach the president.

What are your thoughts on Nancy Pelosi's concern? Will Trump leave office if he loses the election?

Yeah — let me begin in maybe a bigger context, if that's OK?

Nancy Pelosi seems to think that some history would celebrate not Catherine the Great, but Catherine the Faint-hearted. She is leading the Democrats down the primrose path of playing not to lose, of being timid, of being afraid, the path that has always caused the Democrats to lose. This is a truly turning-point historic moment in the history of the United States.

We now have a rogue president. Absolutely right about that, but we have a rogue president who cannot be checked by what Nancy Pelosi is proposing. The only way to check this president is to hold him accountable, to strike at his power and his brand, and that can only be done by beginning an impeachment investigation. The argument that the House should not impeach because the Senate might not convict is constitutionally unsound, politically unsound and morally bankrupt. It is not the responsibility of the House to look into a crystal ball and try to figure out what the Senate may or may not do.

Also, don't forget, if the House votes on articles of impeachment, that automatically triggers a trial in the Senate, presided over, not by [Senate Majority Leader] Mitch McConnell, but by Chief Justice John Roberts, in fidelity to the law. And the prosecutors from the House can point the finger at Donald Trump, accuse him of impeachable offenses, and force his lawyers to defend him with credible arguments and real evidence, not spin. That's the only way to check Donald Trump.

The illusion that we can check him by following centrist policies, which are going to enable to beat him in 2020 — if that was right, Hilary Clinton the ultimate centrist Democrat, should have slaughtered him in 2016. The only thing Pelosi is right about is that Trump has no respect for the law, no respect for the Constitution. He'd love to be an autocrat like Putin, and if the election is close, he may not follow the verdict of the voters. That's certainly possible. But you're not going to beat him by walking down the center path, that's never worked in the history of the country.

In fact, if you were to impeach him, and try him in the Senate, that would turn one of my keys to the White House. It would put a blot on his record, and make it much more difficult for him to achieve re-election. Remember, the Democrats are also misreading the [President Bill] Clinton impeachment. Yeah, that lost the GOP a few House seats, but they kept the House, and it gave them the presidency, the greatest prize. Bush won the presidency by 537 votes in Florida, and the cloud of scandal blunted the vote for Gore, and kept the Democrats' best campaigner, Bill Clinton, on the shelf. You're telling me Bill Clinton couldn't have turned 530 votes if he had been campaigning in Florida?

So while I think Pelosi is absolutely correct that Donald Trump will do everything to maintain his power, and doesn't care about the law and the Constitution, or American traditions, I think she's taking the Democrats in exactly the wrong direction.

I have two questions. The first is, how many of the keys have been turned so far, in either direction, and how many have yet to be turned?

It takes six keys to count the party in power out. And so far only three keys have been turned. That means Trump has a three key cushion. If you have impeachment and a trial, that's a fourth key. That drastically narrows his cushion.

Which three have already been turned?

The mandate key, based on losses in midterm elections. The lack of a foreign policy success. And the fact that while Trump appeals to a narrow base, he's not broadly charismatic enough to win the charisma key. Those are the only three keys out against him right now.

Are there any keys that are definitely for him right now? If you were to keep a tabulation of "for him, against him, and undetermined," how would that read?

Well, most of the keys are undetermined. It's very hard to say a key is locked in, but I would say some keys are locked in. Clearly the policy change key is locked in. He's fundamentally reoriented our policy in so many ways, mostly by executive action, than from Obama's presidency. So that's locked in, that's certainly not going to change. Assuming he runs again, the incumbency key is pretty well locked in. The long-term economy, it would take a very sudden and drastic drop to lose the long-term economy key. Most likely the social unrest key, I don't think the nation's going to explode the way it did in the 1960s. Other than that, lots of keys are still open.

So, it sounds like four are for him, three are against him, and the other six are undecided.

That sounds about right. Impeachment would lock in another key. That would be four against him, it would make it more likely that there would be an internal party challenge. Which would be a fifth key, putting him one key short. So if any of the other undetermined keys turn against him, like a foreign policy setback or the economy collapses during the election year or somehow the Democrats find a charismatic candidate or a third party rises up, any one of those would kill him off. But impeachment is the key, the key to the keys. Keys to the kingdom.