What's in a Westeros name? Fathers and mothers of little mothers of dragons are not likely to regret their choice 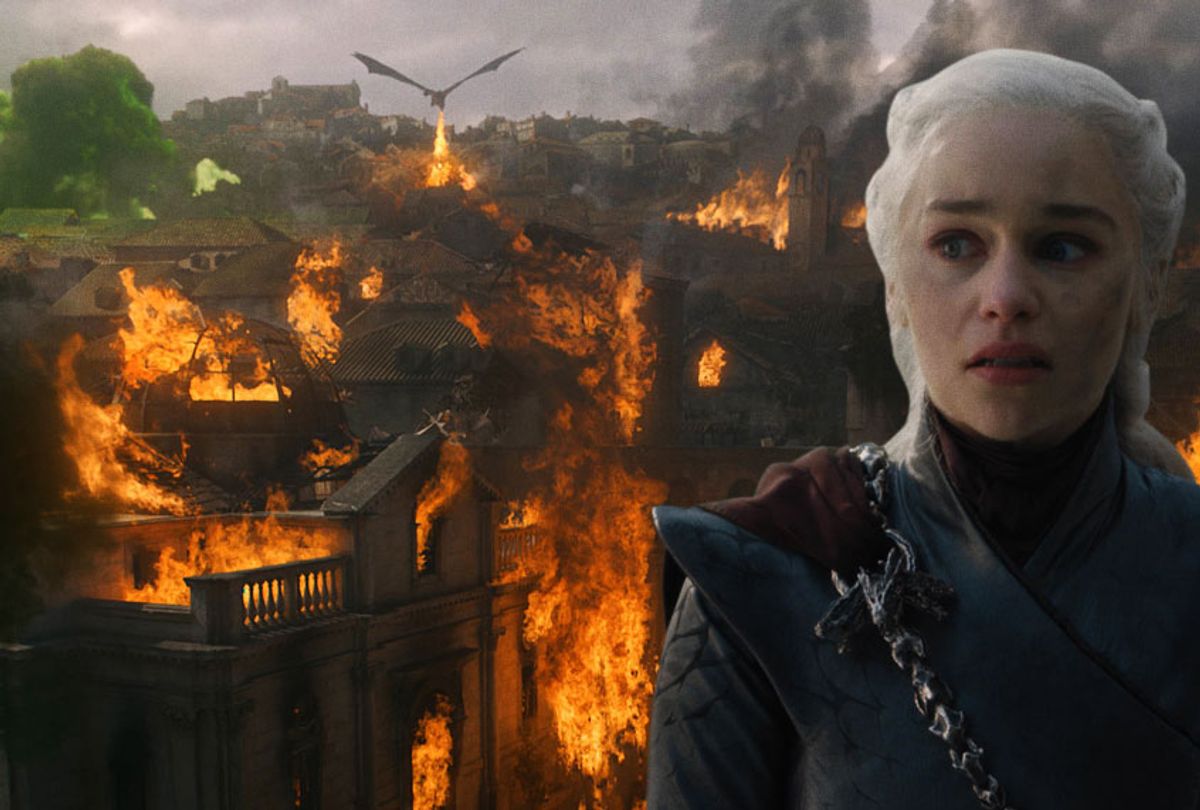 Along with all the expected shock and awe surrounding the imminent end of "Game of Thrones," the show's recent penultimate episode seemed to spark a new wave of emotion: Khaleesi baby name remorse.

The apparent pivot of Daenerys Targaryen from Protector of the Realm to Massacring Madwoman with Neglected Braids has shocked many viewers — and led to some gleeful speculation about what the parents of kids named for her must be going through right now. The Washington Post crunched the numbers and explained "Why at least 3500 parents may be having regrets," while Vulture asked, "So you named your kid Daenerys. How’s that feel now?"

Over the course of the series' eight-year run, kids with "Game of Thrones"-inspired names have been gaining increasing visibility in circle times across the land. In a move well-timed to make expectant parents rethink some upcoming choices, last Friday, the Social Security Administration released its current list of the most popular baby names. And while Khaleesi made a bold showing —  560 new little mothers of dragons arrived in 2018 — it still eats the dust of Arya. There were 2,545 of them born that year, because a girl does have a name.

Other popular "GoT" inspired names were Jamie, Yara, Jon, Daenerys, Renly and Shae. Have any of these new moms and dads . . . watched the show? Last year 10 families named their sons Ramsay and I would like a word with all of them.

Khaleesi would not have ever been my choice for a baby girl, considering the character has been straight up killing people since the first season. Frankly I'd have crossed it off the list after Dany cooly watched her husband make her brother die screaming, but that's me. I'd have had similar qualms about Arya as a baby name after the whole "baking people into pies" thing too. But I do respect the noble tradition of naming one's children after pop culture figures, even when the characters themselves do not have lives anyone in their right mind would wish on their children.

Let's start with Jennifer. Virtually unknown a century ago, Jennifer first took on measure of a cultural charm when the actress Jennifer Jones became a star in the 1940s. But after "Love Story" came out in 1970, Congress passed a law that every future kindergarten class for the next several generations would have to contain least 20% Jennifers. (It was eventually replaced by the Olivia and Sophia Act of 2010.) Jennifer is a fine name, but Jenny does die in the movie. That's not what one would call aspirational. Several years ago I met a woman named Ripley at a party, and I've been baffled why there aren't more Ripleys out there ever since. Now THAT is a character with a storyline.

Madison has an even clearer trajectory. It can trace its origins squarely to 1985's "Splash," and the moment Tom Hanks, unable to utter his mermaid friend's glass-shattering real name, looks up at a street sign and dubs Daryl Hannah in honor of the avenue. Years later, as the kids who'd grown up watching the movie paired off and started having families of their own, they nostalgically reached back for it. Madison was a top 10 name for the entire first decade of the new millennium. Mermaid appeal also definitely explains the rise of Ariel. The 209th most popular name in 1989, the year "The Little Mermaid" was released, it had climbed to 66th by 1991.

My elder daughter, who was born in 2000, has over the years encountered multiple classmates named Trinity. The name actually became even more popular after "The Matrix" series character died in the the third movie, because parenting is DARK. Similarly, a friend of mine who was a "Firefly" named his daughter Inara, which, if you are familiar with the show, is also an identity that comes with a degree of baggage.

My younger kid, born in 2004, has met her fair share of Tolkien-inspired Arwens. A decade ago, "Glee" and "True Blood" helped give rise to a new population of Quinns and Sookies. Quinn, by the way, is still hanging in there — Sookie less so. Bella, which wasn't really even a thing at the turn of the century, had climbed to 48th most popular name by 2010 on the strength of shimmery vampire love. Yet Katniss somehow never ranked at all. Anastasia, however, has been steadily climbing the charts since 2011, the year "Fifty Shades of Grey" was released. Piper was ranked 510th in popularity in 2000, and rose to 67th by both 2015 and 2016. Parents, I have questions.

But no contemporary name can touch the rocket-like trajectory of Neveah. After Sonny Sandoval of P.O.D. introduced his daughter on a 2000 episode of "MTV Cribs" — it's "heaven" spelled backwards, newcomers — the child's name was soon more ubiquitous than tramp stamps and the phrase "Whassup." And while it doesn't have the power ranking it did in the early 2000s, it's still a banger. Neveah's not going anywhere.

There's a purity to Neveah, though. It's a name still not yet associated with a particular individual or character. But the possibility that we could now be entering the era of Khaleesi regret is a phenomenon we have not seen since the great Monica reversal of the mid-'90s. At the height of "Friends" in 1997, Monica was 79th most popular baby girl name in America. It then steadily declined every year for the next two decades. Gosh, what could have happened in 1998 to create such an abrupt about-face?

Maybe in a few years the parents of all those "Game of Thrones" babies will feel indeed a little sheepish, although frankly I'm already far more embarrassed for the people who named their sons Kale when it peaked in 2008. It seems that for the most part, if a name is not tied to a real person's standing in the news cycle — Donald is currently taking a real hit — modern parents just like to give their kids unique names. (You don't meet a lot of 40-something Fonzies and Leias.) It doesn't really matter how many cities their fictional namesakes may lay to waste. It's about being part of a cultural moment.

So don't sweat it, all you mothers of mothers of dragons. In 2006, an old-fashioned boy's name was barely cracking the top 100 list. That same year, a new drama debuted on Showtime, and by 2012 the title character's name had nearly tripled in popularity. Today, there is a whole pool of second graders in America answering to the name Dexter. And their parents don't seem to mind a bit.