He is the 22nd Democrat to enter the presidential field, but the only one who has prevailed in a red state 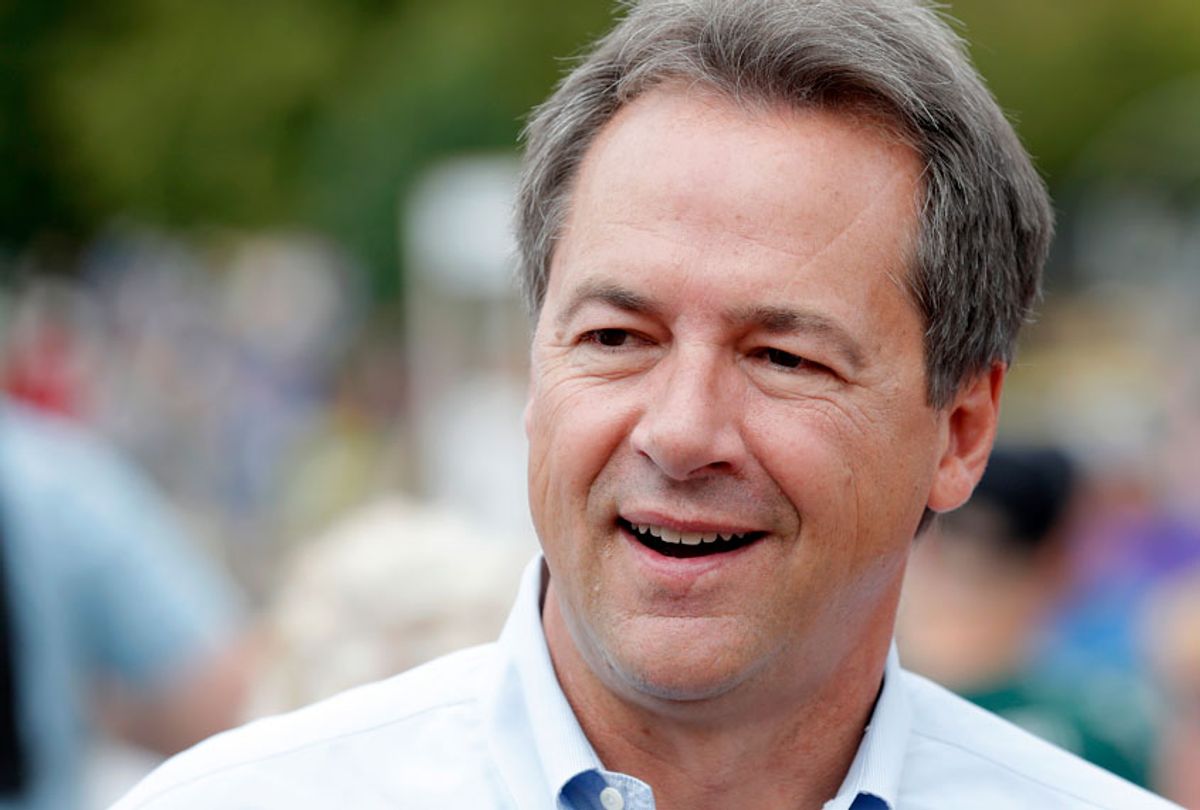 Montana Gov. Steve Bullock declared Tuesday that he is running for president, becoming the 22nd Democrat to mount a challenge against President Donald Trump in 2020.

The Montana governor declared his candidacy in a video posted online, in which he outlined a campaign to fight against big money in politics and push progressive policies. Bullock pointed to his Montana roots and experience reaching across the aisle as factors which could help the Democratic Party find common ground with Republicans.

He emphasized his ability to win Republican votes. In a May 8 tweet, Bullock wrote, "As the only Democrat to win statewide re-election in a Trump state in 2016, I know firsthand: we must reach out to rural voters."

"As a Democratic governor of a state Donald Trump won by 20 points, I don't have the luxury of just talking to people who agree with me," Bullock said in his announcement video.

The video notes Bullock's history of sticking to core Democratic values — from supporting same-sex marriage, to pushing sweeping campaign finance reforms to holding pro-choice views on abortion. He also managed to pass progressive bills through the Republican-led state legislature, including two Medicaid expansions. He used executive authority to protect LBGTQ employees from discrimination in the state and made Montana the first state in the country to restore net neutrality after the FCC rolled back Obama-era rules.

Bullock reportedly entered the race so late, because he opted to wait until the Montana state legislature, which only meets for a few months every two years, had finished its session. His late entry means he will have to move quickly to receive donations from 65,000 people in at least 20 different states and enough support in the polls to meet the Democratic National Committee's threshold for the party's first primary debates on June 26-27.

A comparably late campaign start is hardly his only challenge. Bullock is competing against rivals with national profiles, who enjoy much wider name recognition and are known as prolific fundraisers. Still, some of the governor's supporters reportedly believe he could be the next presidential candidate to have a breakout moment, along the lines of former Rep. Beto O'Rourke of Texas and Mayor Pete Buttigieg of South Bend, Indiana.

Bullock is a lifelong resident of Montana, born in Missoula and raised by a single mother in Helena, the state's capital. In his announcement video, he said he only knew about the governor's mansion as a kid,  because he delivered newspapers to the house. "Now, my wife Lisa and I are raising our kids in that same house," he said.

After graduating from Helena High School, he attended Claremont McKenna College in California and later got a law degree from Columbia Law School in New York.

Bullock began his political career shortly after graduating from law school by working as chief legal counsel to the Montana secretary of state and later the state's Department of Justice. He first ran for office in 2000, when he lost the Democratic primary for Montana attorney general. Bullock entered private practice after his failed bid, including a stretch working in Washington before launching a successful campaign for Montana attorney general in 2008.

He was elected Montana's governor in 2012 after one term as attorney general. But it's his 2016 run, in which he won a second term by about 4 percent as Trump won the state by more than 20 percent, that will provide Bullock with his most powerful talking point to influence voters: an ability to win over voters who backed the president.