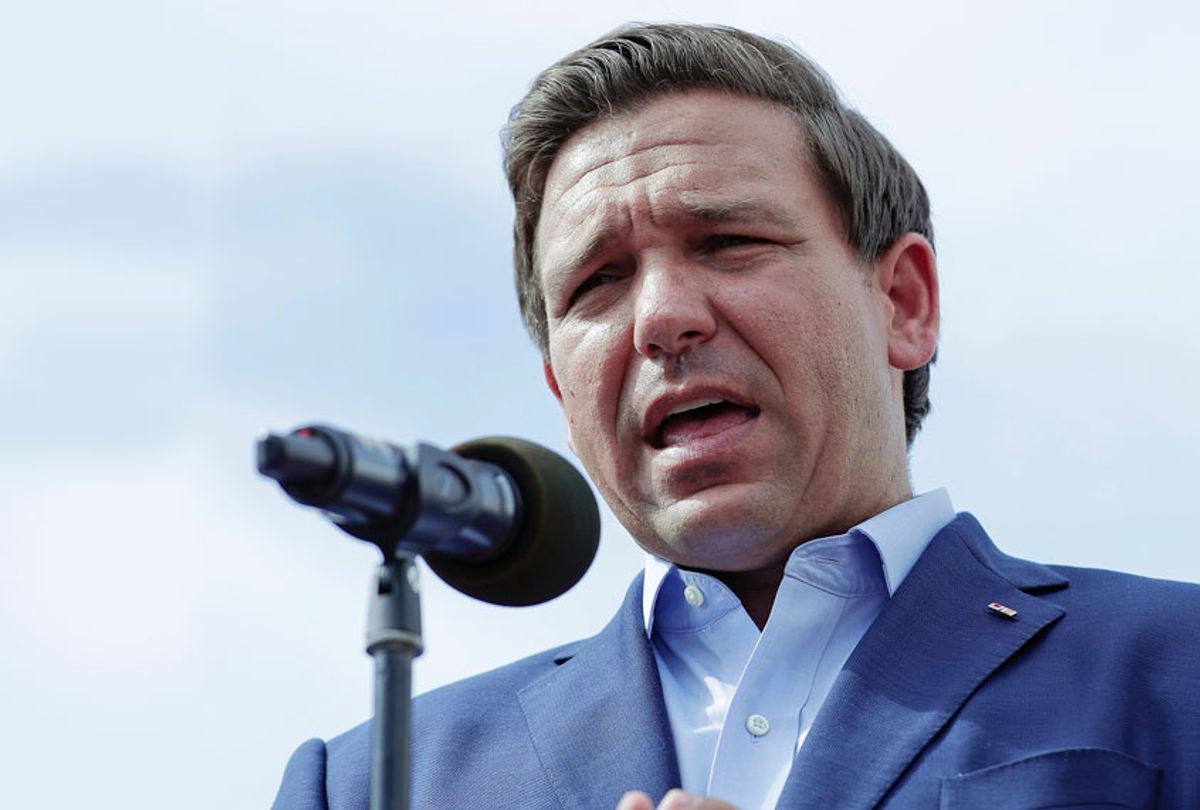 Florida Gov. Ron DeSantis revealed that Russia hacked two counties in the state during the 2016 presidential campaign after being briefed by the FBI, but claimed that he was “not allowed” to reveal which counties were breached.

DeSantis was briefed by the FBI and Department of Homeland Security on Friday after special counsel Robert Mueller’s report revealed that “at least one” Florida county’s computer system was breached by Russian hackers in 2016, The Tampa Bay Times reported.

“I’m not allowed to name the counties. I signed a (non)disclosure agreement,” DeSantis told reporters Tuesday, adding that he “would be willing to name it” but “they asked me to sign it so I’m going to respect their wishes.”

DeSantis said that while the two counties experienced an “intrusion into the supervisor of election networks,” no information was altered. He said it was possible that hackers obtained voter information that was public record.

The FBI confirmed that “ investigators did not detect any adversary activity that impacted vote counts or disrupted electoral processes during the 2016 or 2018 elections.”

DeSantis said the hacks were the result of a spearphishing email, adding it was the fault of a “private vendor they were using.”

DeSantis was unwilling to divulge any further details when pressed on the issue and his nondisclosure agreement with the FBI.

“I think they think if we name the counties, that may reveal information to the perpetrator that we know what they did, but you’d have to ask them,” he said.

DeSantis likely could reveal the counties if he wanted to without fear of legal consequences. Confidentiality agreements signed by Florida government officials are not enforceable because of the state’s broad public records law, First Amendment Foundation president Barbara Petersen told The Tampa Bay Times.

“The promise of confidentiality is an empty promise in Florida,” she said, adding that any records related to the investigation that were seen by DeSantis would now be considered public.

Nelson warned in an interview with The Tampa Bay Times last year that Russian hackers had “already penetrated certain counties in the state and they now have free rein to move about.”

The Washington Post’s fact-checkers gave Nelson “Four Pinocchios” for the claim because he had “no evidence,” even though Nelson explained that the evidence was “classified” and the Post conceded that they had no evidence to disprove his claim.

Nelson went on to lose his race to Scott by 10,000 votes, out of roughly 8 million cast.