"John Wick: Chapter 3" review: Easy to like, but hard to love

"John Wick: Chapter 3 — Parabellum" is a satisfying action movie, but it's only memorable if you love Wick himself 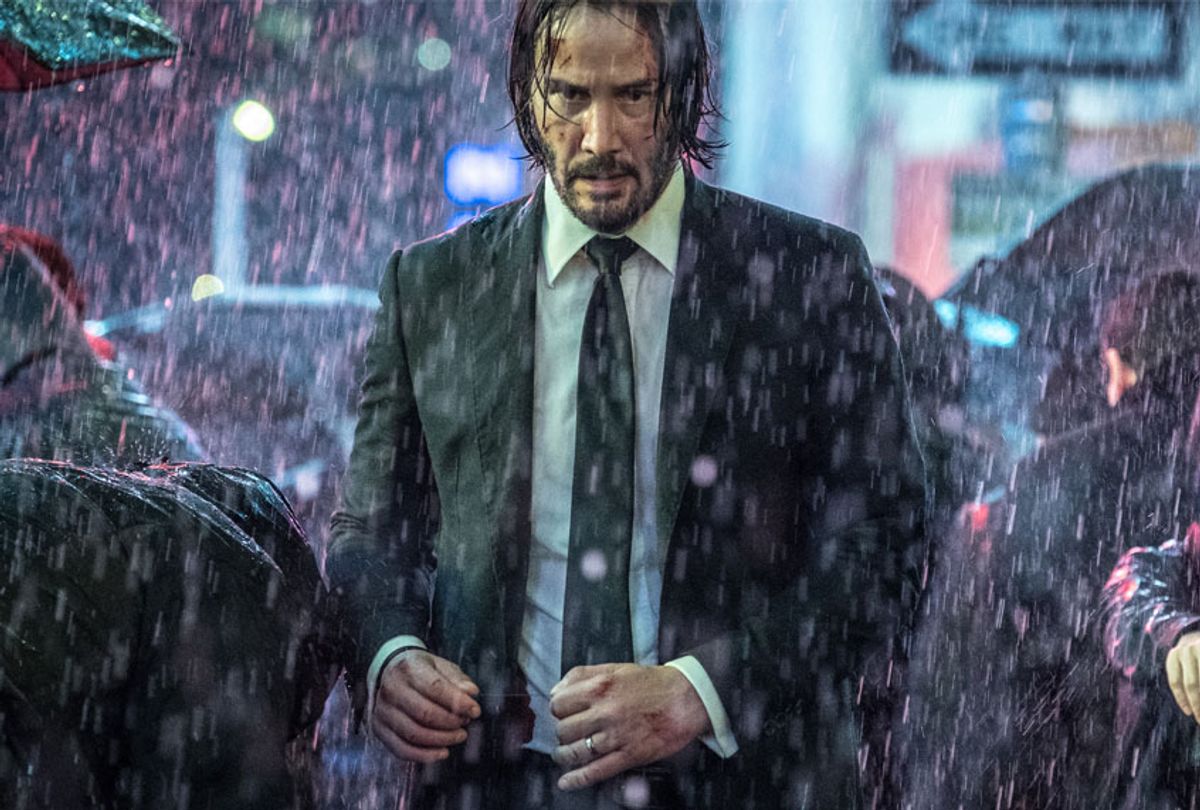 What can be said about "John Wick: Chapter 3 — Parabellum" that wasn't said of the first two movies?

The "John Wick" series has become, like the James Bond or Jason Bourne franchises, a bit like a fine wine. The basic features of each installment will be the same regardless of the entry you're watching, but the execution of the various elements can make for either a satisfying or disappointing experience. As a result, when you watch a new movie in one of the canons, you wind up thinking whether this is a good or bad one given what you've come to expect from the series.

In most respects "John Wick: Chapter 3 — Parabellum" lives up the standard of its predecessors. Picking up where the previous film left off, it tells the story of how the titular assassin (Keanu Reeves) flees from those who wish to kill him because he is a marked man. Along the way he encounters his fellow assassin Sofia (Halle Berry), an underground crime lord known as the Bowery King (Laurence Fishburne), hotel owner and close friend Winston (Ian McShane) and a mysterious protective figure known as the Director (Anjelica Huston). There is also, of course, an adorable dog, although this movie ups the ante by having Sofia also own lovable canines who find themselves in harm's way.

The dogs deserve some special attention here. One of the things that made the first "John Wick" movie so memorable was that it had a novel, almost comically endearing premise: What if a hardened professional killer went on a revenge spree to avenge a beloved doggo? If the "John Wick" franchise had ended with the first film, that concept alone would have made it memorable. For better or worse, however, "John Wick" grossed nearly $90 million at the box office — three to four times its budget — virtually guaranteeing that a sequel would be made. When "John Wick: Chapter Two" grossed over $170 million, Lionsgate clearly realized that it had a winner on its hands, and the fact that the series started out as a seemingly one-off vehicle for a nifty concept became irrelevant.

The danger for the "John Wick" series, though, was that it could wind up becoming pointless. Since realistically you can't have each new movie begin with Wick getting a new dog and having it killed off by some nefarious baddie (audiences would not stand for that, for starters), something else has to justify asking fans to return to this storyline again and again.

The "John Wick" franchise has settled on three core reasons to continue. First and foremost, it delivers on the action scenes. Qualitatively these ranks somewhere between the "Mission: Impossible" franchise and generic action movie fare. While they aren't awe-inspiring spectacles like the set pieces in "Mission: Impossible — Fallout", they are magnificently well-choreographed in a balletic sort of way. The audience which joined me in the theater emitted audible sounds of satisfaction on a number of occasions, particularly when a faceless goon was dispatched in a particularly gruesome way, and they were paced out in a way that made it easy to follow who was attacking who at any given moment (no mean feat in an era of dark cinematography and hyper-kinetic editing).

Second, there is the central performance by Reeves. While jokes about Reeves being a mediocre actor have been a dime a dozen in the past, it is worth noting that he has a compelling charisma which makes him weirdly watchable in the right roles. He exudes benignity, even when playing a brutal killer, and it's as believable that a man like him would cuddle with a cute puppy as it is that he would murder other people for hire or out of vengeance. This is not something that can be said of every action star: For instance, it's difficult to imagine Tom Cruise or Jason Statham tugging at your heartstrings as they mourn the death of a beloved dog, and then go on a bloody spree to avenge it. The fact that Reeves' original mission still feels like the drive behind the plot into the third movie works to the series' advantage.

Finally, there is the mythology developed around the "John Wick" backstory. This, too, was probably inevitable. The first "John Wick" movie didn't have much in the way of a backstory because it didn't need to. We heard solemn speeches about how Wick was the baddest, deadliest and most impressive killer out there (this sort of thing is said about virtually every action movie protagonist), but apart from that Wick lived in a world that wasn't much different from our own. There were crime lords and goons of various kinds, but it was a fundamentally grounded story.

By "John Wick: Chapter 3 — Parabellum," however, we hear about mysterious groups like The High Table (introduced in the second film) and characters with names The Adjudicator, The Director, The Bowery King and Tick Tock Man. It's a tad ludicrous, when taking a step back, to believe that the world of crime lords and hit men would be so formal that they would have regal titles for themselves. Then again, such a concept is no less ludicrous than those found in most other action films, and for "John Wick" to become a series it needs to take part in a bigger universe than the one which existed in the original movie about a man devastated over his dog's death. In this respect, "John Wick" delivers as well.

While "John Wick: Chapter 3 — Parabellum" is an easy movie to recommend, it must be added that it's a hard movie to love. I can't imagine anyone choosing this as their favorite movie of 2019, not even the most hard-core fan of the action genre, and it's unlikely that in a year bursting with tentpole movies that the latest "John Wick" film will be on anyone's mind after a couple weeks have passed. It is an entertaining diversion, but little more than that.