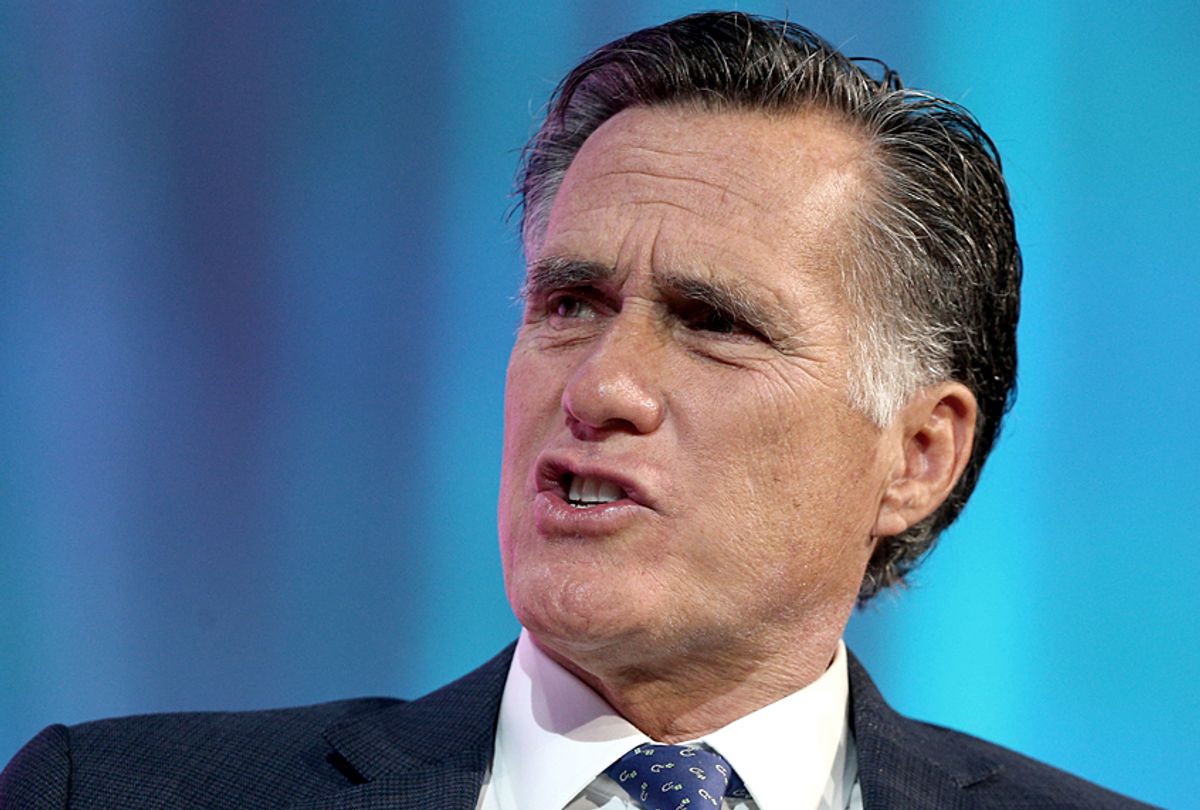 "I don't support the Alabama law," Romney explained to Tapper, according to CNN. The former Republican presidential nominee went on to denounce "extreme" bills from both sides of the aisle, lumping in legislation passed in New York and tabled in Virginia that would have expanded abortion rights. The erstwhile Massachusetts governor conflated those measures with the one passed in Alabama, which would not permit abortions even in cases of incest and rape and threatens doctors who provide abortions with up to 99 years in prison on a felony charge.

Romney added, "People have gone to the wings, if you will. I think something much more towards the center makes a lot more sense."

President Donald Trump expressed similar thoughts on his Twitter feed on Saturday, stating that his own views on abortion were analogous to those of President Ronald Reagan.

"As most people know, and for those who would like to know, I am strongly Pro-Life, with the three exceptions - Rape, Incest and protecting the Life of the mother - the same position taken by Ronald Reagan. We have come very far in the last two years with 105 wonderful new Federal Judges (many more to come), two great new Supreme Court Justices, the Mexico City Policy, and a whole new & positive attitude about the Right to Life. The Radical Left, with late term abortion (and worse), is imploding on this issue. We must stick together and Win for Life in 2020. If we are foolish and do not stay UNITED as one, all of our hard fought gains for Life can, and will, rapidly disappear!" Trump wrote in a series of tweets on Saturday.

Both Trump and Romney have changed their positions on abortion over the years. Romney declared himself to be pro-choice during his Senate campaign in 1994 and gubernatorial campaign in 2002, most likely because he was running for office in the liberal state of Massachusetts on those occasions, according to PolitiFact. By the 2012 presidential election, however, Romney had shifted gears, arguing during a debate that "I would welcome a circumstance where there was such a consensus in this country that we said, we don't want to have abortion in this country at all, period. That would be wonderful. I'd be delighted."

By contrast, Trump told NBC's "Meet the Press" in 1999 that he was "very pro-choice," according to The New York Times. By the 2016 election, however, he told the National Republican Congressional Committee that "you can rip the baby out of the womb and kill the baby" with modern abortion procedures (this is incorrect). Earlier this year, while speaking at the Conservative Political Action Conference convention, Trump described Democrats as "embracing open borders, socialism and extreme late-term abortion."

He expressed similar sentiments during his February State of the Union address, telling Congress that "to defend the dignity of every person, I am asking the Congress to pass legislation to prohibit the late-term abortion of children who can feel pain in the mother’s womb."