"Fleabag" gets a brilliant swan song: Who says there are no great finales? 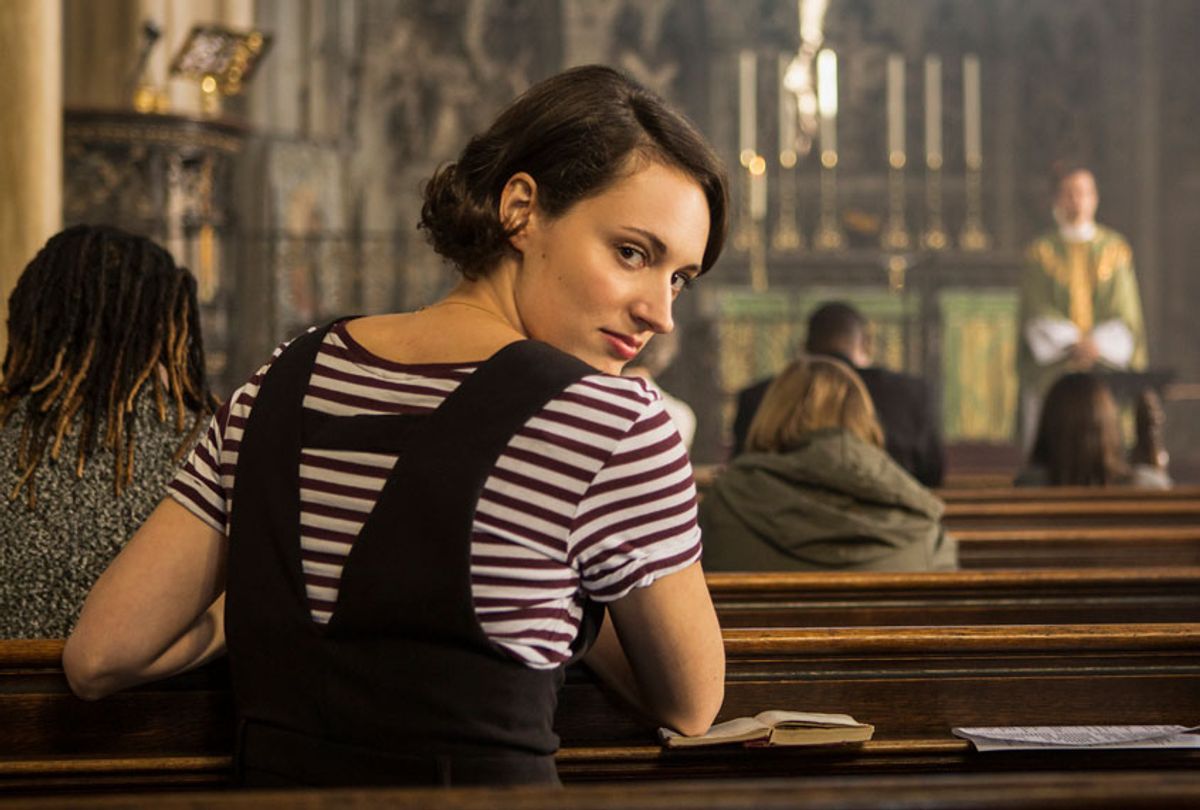 Just because you're an atheist, it doesn't mean you can't still seek support and guidance from an omniscient, unseen entity. Fleabag, the title character of Phoebe Waller-Bridge's masterful Amazon/BBC series, doesn't need to believe in God. She's got us to talk to.

A lot's changed since the first season of "Fleabag" debuted nearly three years ago — and even more since Waller-Bridge first introduced the character at the Edinburgh Fringe Festival in 2013. The actress and writer has in the interim become a full blown media brand, thanks to her taut adaptation of "Killing Eve" and her upcoming writing work for the next Bond movie. What a revelation, then, to return to a character we last saw when Barack Obama was still in the White House, to once again cringe at her and root for her. To find her still gamely trying to save her soul, or soul-like equivalent.

A year has passed in Fleabag time since the cataclysmic events that defined her first season. (Characters in this world often go unnamed or nicknamed, like Fleabag's distracting "Hot Misogynist.") Fleabag quickly brings us up to speed in her familiar, fourth wall-breaking way — showing us that she's spent that time seeking enlightenment in avocado toast and squats. And even though she's still at odds with her family, she can look directly at the camera, say she's doing "great," and make it convincing. She can also, as she dabs gently at her alarmingly bloodied nose, inform us that what is about to unfold is "a love story."

It seems at first a joke. Of course the reckless, hard drinking, hard smoking, prone to thievery and getting punched in the face Fleabag would set her sights on a priest ("Sherlock" star Andrew Scott). Who'd be more fun to steal from than God? But then she shows us — she wasn't kidding when she called it love.

The cleric in question has been recruited to perform the wedding of Fleabag's widowed father and her artist godmother (Olivia Coleman, playing chief antagonist with all the elegant, self-satisfied villainy of the heavy in a Victorian novel). When she meets him at an excruciating prenuptial family dinner, the two form a near instantaneous connection. They then spend the remainder of the season circling each other in an increasingly bewildered quasi-courtship. Fleabag is a woman whose lust has already led her down the darkest paths. But this? This is worse than lust. This is that thing when two people genuinely and deeply get each other, and every circumstance around that profound, once-in-a-lifetime intimacy just completely sucks.

Waller-Bridge wrote the "hot priest" role specifically for Scott, with whom she co-starred in a play a decade ago. It was a brilliant choice — in their scenes together, the two play relative strangers who nonetheless feel like they have a history. There's a sincere trust and regard between the actors that makes the agony their characters endure as convincing as it is heartbreaking. Fleabag and the priest are two intense, rather broken and compulsive people with problematic families, who recognize things in each other than no one else seems to see. Including, even, the unseen.

For the priest, that unseen force takes the form of God, whom Fleabag gamely attempts to get to know via church attendance and a dive into what she calls "your book." For Fleabag, it's us, the viewers to whom she knowingly nods and offers exposition. With her audience (and occasionally her dead best friend Boo) as her confidant and possible higher power, Fleabag can distract her attention and unload her anxieties. But that all gets uprooted when the priest looks out toward the screen too, and asks her in one of the year's best WTF television moments, "What was that? Where did you just go?" Watching him trying to suss out Fleabag's clever audience asides feels reminiscent of Paula's "What are you doing?" to the lost-in-her-inner-musical Rebecca in the final episode of "Crazy Ex-Girlfriend." It's the person who loves you the most unconditionally who notices when you've disappeared inside yourself. It's that person who brings you back. (If only someone had ever asked poor Ishmael who he was talking to.)

Yet to call the second season of "Fleabag" strictly a romantic love story would not do justice to its other great arc — the contentious, consuming relationship between Fleabag and her high-achieving stress case of a sister, Claire (Sian Clifford, giving her all in a role that's equal parts prickly, slapstick and devastating). After last season's cliffhanger estrangement, the siblings spend the bulk of this one clawing their way to something resembling a ride or die mutual exasperation. Opposites who'd never in a million years be friends, they're also the show's truest soul mates.

Throughout what is likely the series' final season, Fleabag endeavors to grow and to improve herself; she also frequently finds herself shambling from one disaster of her own making to the next. Along the way, she searches for answers in other people — in a futile session with a therapist ("Killing Eve" MVP Fiona Shaw) and a futile flirtation with an older businesswoman (Kristin Scott Thomas, who gets to look fantastic and deliver the most emancipating monologue about menopause ever written). Her path may be strewn with disappointments and humiliations, but by the richly satisfying last scene, Fleabag's search for "the bits to cling to" has taken on a new and more purposeful direction. You think television finales inevitably have to be a letdown? Come to "Fleabag" country, where endings are well earned.

The Catholic church has not scored great marks over the centuries for grasping its own message that redemption isn't for the saints but the sinners and screwups of the world. But the misfit Fleabag gets it. As she observed in the first season, we all make mistakes; that's why pencils have erasers on them. As in "Killing Eve," Waller-Bridge always makes sure even her worst characters have moments of vulnerability and humanity, that they have the possibilities that life's pencils and its erasers provide in equal measures. "I think you know how to love better than any of us," Fleabag's father remarks to her late in the season, "and that’s why you find it all so painful." What a terrible, thrilling diagnosis. To carry in your heart the kind of love that's a spiritual calling, the kind that's a mission. You don't have to have God to have it. In the end, you don't even need four walls.