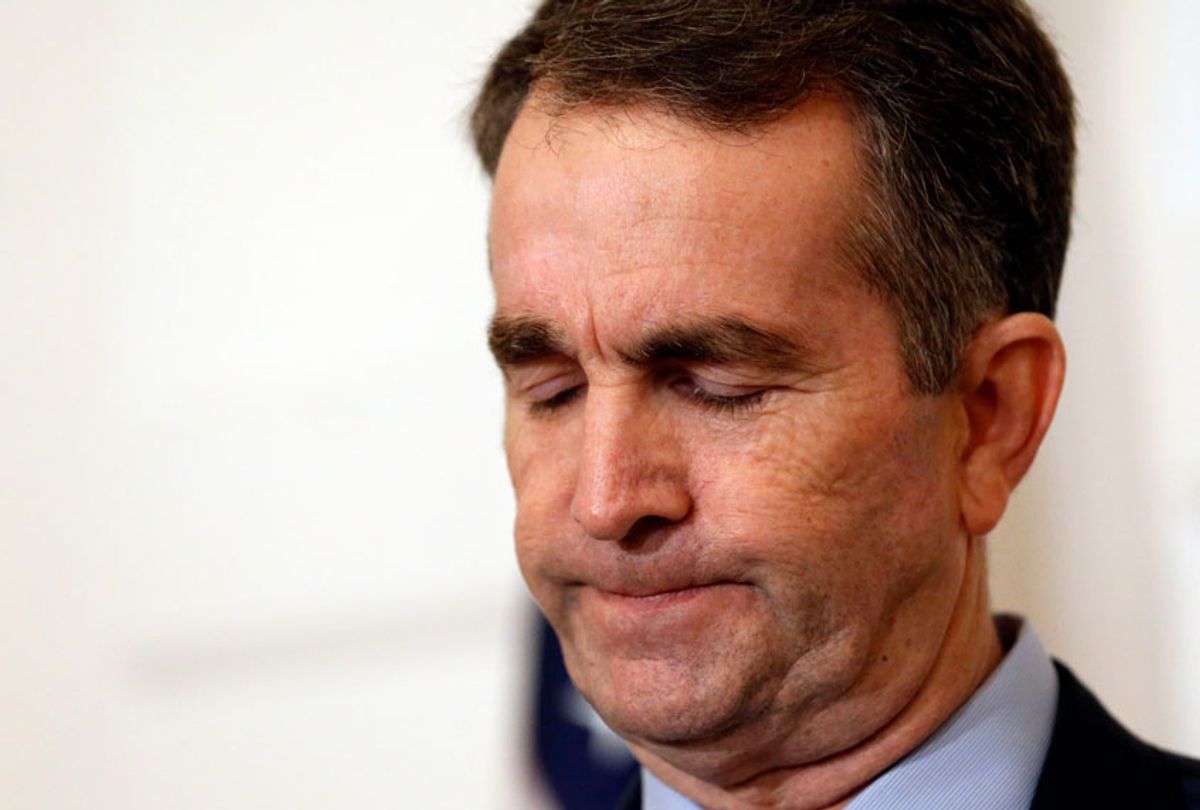 An investigation into a racist yearbook photograph on the page of Virginia Gov. Ralph Northam has yielded inconclusive results.

The investigation lasted four months and involved interviews with Northam himself and several of his former classmates, including individuals who worked on the yearbook, according to The Washington Post. The controversy involved whether a photograph that appeared on Northam's personal page in his 1984 medical school yearbook included Northam in it. The picture in question showed a man in blackface standing next to a man dressed in a Ku Klux Klan robe.

Because neither face is visible — one is obscured by the offensive make-up, while the other is concealed entirely by a hood — it remains uncertain whether Northam is either. As a result, the governor and his defenders claim the photograph may have been added to his yearbook page by mistake. The governor initially apologized for the photograph. He later retracted the apology, denying that he was in the picture after all.

McGuireWoods contacted at least 80 people connected with Eastern Virginia Medical School to learn more about the situation, according to the Daily Progress. The report, which was independently commissioned by the school, found that "with respect to the photograph on Governor Northam’s personal page, we could not conclusively determine the identity of either individual depicted in the photograph. The governor himself has made inconsistent public statements in this regard."

The report also included a footnote which explained, "We acknowledge there is scant information on this subject 35 years after the fact. Memories fade over such a lengthy time period, and we were unable to contact some individuals who may have relevant knowledge."

President Donald Trump took a swipe at Northam after the racist photograph was revealed in February.

"Democrat Governor Ralph Northam of Virginia just stated, 'I believe that I am not either of the people in that photo.' This was 24 hours after apologizing for appearing in the picture and after making the most horrible statement on 'super' late term abortion. Unforgivable!" Trump tweeted at the time.

He later added, "Ed Gillespie, who ran for Governor of the Great State of Virginia against Ralph Northam, must now be thinking Malpractice and Dereliction of Duty with regard to his Opposition Research Staff. If they find that terrible picture before the election, he wins by 20 points!"

Virginia's top Democrats called for Northam's resignation, with Sens. Tim Kaine and Mark Warner writing a joint statement with Rep. Bobby Scott. "After we watched his press conference today, we called Governor Northam to tell him that we no longer believe he can effectively serve as governor of Virginia and that he must resign," the trio said.

They added, "Governor Northam has served the people of the commonwealth faithfully for many years, but the events of the past 24 hours have inflicted immense pain and irrevocably broken the trust Virginians must have in their leaders."