A 10-year-old girl from El Salvador died in U.S. custody last year but her death was not revealed until now 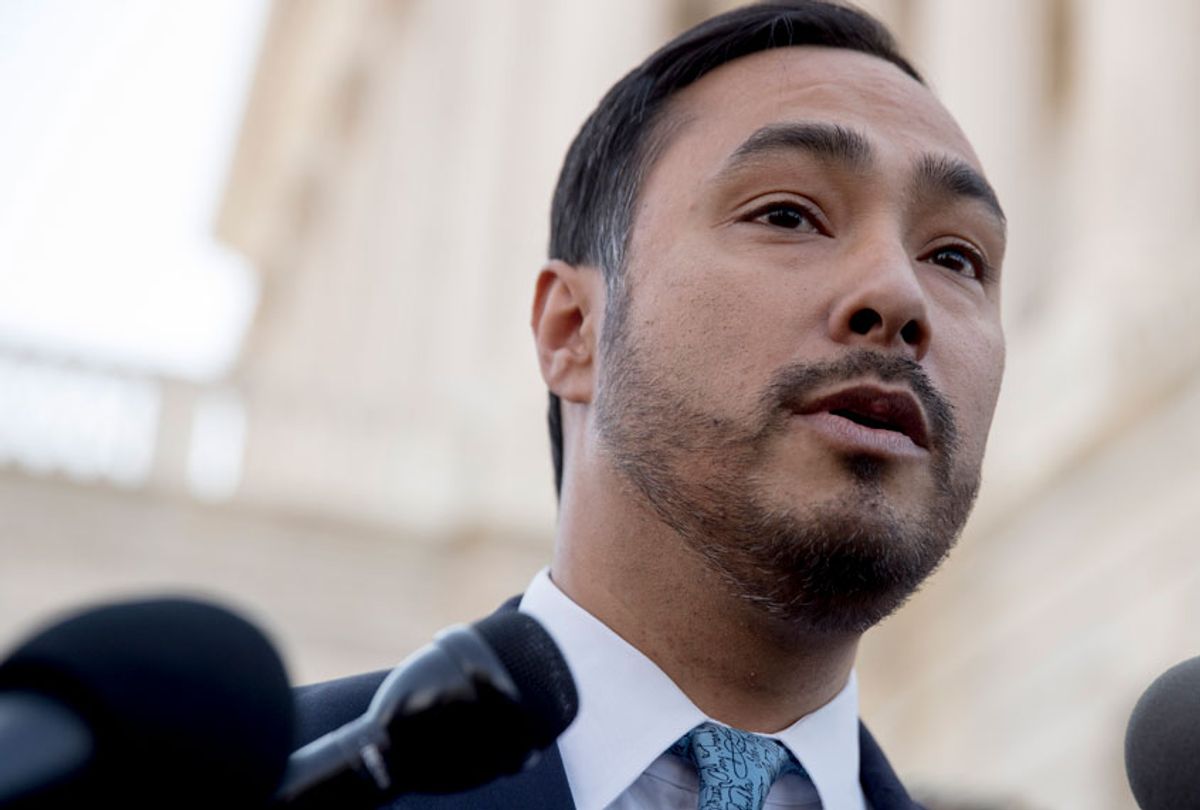 Rep. Joaquin Castro, D-Texas, the chair of the Congressional Hispanic Caucus, on Wednesday accused President Trump's administration of covering up the death of a migrant child who died in U.S. custody last year but whose death had not been revealed until this week.

The child, a 10-year-old girl from El Salvador, was the first of six migrant children since December to die in U.S. custody or soon after being released, CBS News reported Wednesday. The girl reportedly died in a hospital in September 2018 after entering government care in San Antonio.

"It's outrageous that another child has died in government custody and that the Trump administration didn't tell anybody," Castro told CBS on Wednesday night in response to its report that revealed the girl's death.

The Texas congressman, who is the twin brother of 2020 Democratic presidential candidate Julián Castro, accused the White House of concealing the girl's death.

"I have not seen any indication that the Trump administration disclosed the death of this young girl to the public or even to Congress," Castro told CBS News. "And if that's the case, they covered up her death for eight months, even though we were actively asking the question about whether any child had died or been seriously injured. We began asking that question last fall."

Castro vowed to make "immediate inquiries" to the Department of Health and Human Services, which had custody of the child when she died. He also called on the Justice Department to launch an investigation into the number of migrant children who were detained by U.S. authorities near the U.S.-Mexico border in the last eight months.

Acting Homeland Security Secretary Kevin McAleenan spoke before a congressional panel on Wednesday, claiming it would be difficult to prevent more deaths of migrant children in U.S. custody if his department doesn't receive more funds to deal with an unprecedented surge of migrant families heading toward the U.S.-Mexico border.

Castro appeared to dismiss that suggestion.

"We give them billions of dollars, and they want to use it on a wall instead of spending it to make sure that people don't die and that they can medically treat emergencies that migrants maybe come into or that their own agents may come into," Castro told CBS News.

HHS acknowledged to CBS on Wednesday that the 10-year-old Salvadoran girl died in its custody on Sept. 29, 2018.

HHS spokesperson Mark Weber told CBS News that the girl had a history of congenital heart defects. Weber said when she entered the care of an Office of Refugee Resettlement, a HHS department, in San Antonio, Texas, on March 4, 2018, she was in a "medically fragile" state.

"Following a surgical procedure, complications left the child in a comatose state. She was transported to a nursing facility in Phoenix, Arizona for palliative care in May after release from a San Antonio hospital," Weber said. "On September 26, she was transferred to an Omaha, Neb., nursing facility to be closer to her family. On September 29, the child was transported to Children's Hospital of Omaha where she passed due to fever and respiratory distress."