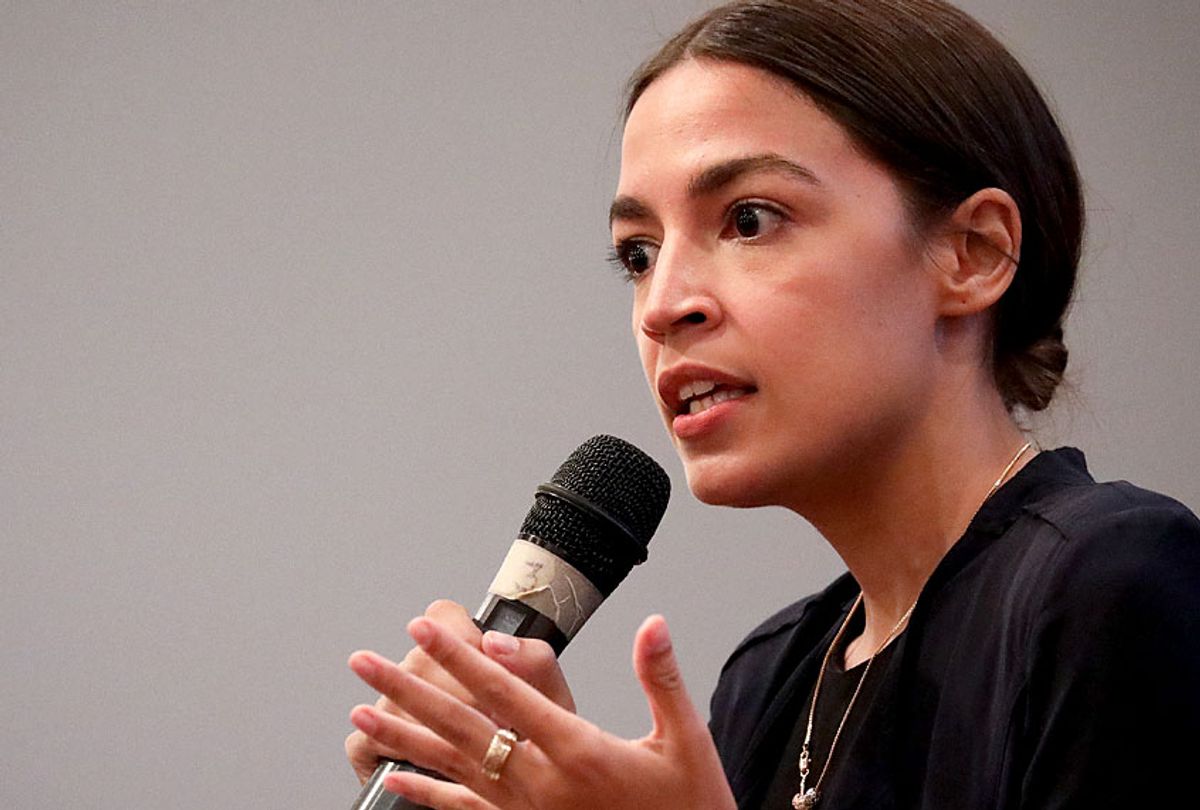 Rep. Alexandria Ocasio-Cortez, D-N.Y., opened up on Twitter about her morning routine — and specifically how right-wing hate has forced her to spend mornings reviewing photographs of men who allegedly claim they want to kill her.

The New York congresswoman revealed her experiences in response to a tweet about a minor league baseball team, the Fresno Grizzlies, which aired a Memorial Day video featuring her alongside Fidel Castro and Kim Jong-un as "enemies of freedom."

"What people don’t (maybe do) realize is when orgs air these hateful messages, my life changes bc of the flood of death threats they inspire," Ocasio-Cortez explained in her tweet. "I‘ve had mornings where I wake up & the 1st thing I do w/ my coffee is review photos of the men (it’s always men) who want to kill me."

In a pair of follow-up tweets, she wrote that "I don’t even get to see all of them. Just the ones that have been flagged as particularly troubling. It happens whenever Fox gets particularly aggressive + hateful, too. Young interns have to constantly hear hateful messages (far beyond disagreement) from ppl we don’t even rep. All of this is to say that words matter, and can have consequences for safety. For those who believe in 'free speech': whose free speech do you believe in? Bc some folks using free speech to defend racism are also supporting folks passing laws to allow running over protesters."

The Fresno Grizzlies tweeted a two-part apology, which addressed the controversial video, Monday to Cortez.

"We are aware of the problem with the Memorial Day tribute video shown in the ballpark between games on Monday's doubleheader," the Fresno Grizzlies wrote in their first tweet. "A pre-produced video from outside our front office was selected; unfortunately what was supposed to be a moving tribute ended with some misleading and offensive editing, which made a statement that was not our intent and certainly not our opinion. We apologize to our fans and to our community for the error and for not properly vetting the video. We also apologize to those who have served and are currently serving the country for the undue distraction on such a solemn day."

In a second tweet, the Grizzlies added that "we're embarrassed we allowed this video to play without seeing it in its entirety first. We unconditionally apologize to Rep. Ocasio-Cortez (@AOC) in addition to our fans, community and those we hurt. It was a mistake and we will ensure that nothing like it ever happens again."

Since her upset victory over Rep. Joseph Crowley, D-N.Y., in a 2018 congressional primary, Ocasio-Cortez has skyrocketed in fame, becoming one of the most prominent liberal Democrats on the national scene. In a glowing profile written about her by Sen. Elizabeth Warren, D-Mass., the 2020 presidential candidate said, "Her commitment to putting power in the hands of the people is forged in fire. Coming from a family in crisis and graduating from school with a mountain of debt, she fought back against a rigged system and emerged as a fearless leader in a movement committed to demonstrating what an economy, a planet and a government that works for everyone should look like."