Jared Kushner slurred Jamal Khashoggi as "a terrorist masquerading as a journalist": report

Kushner is close to Saudi crown prince Mohammed Bin Salman, who is believed to have ordered the murder of Khashoggi 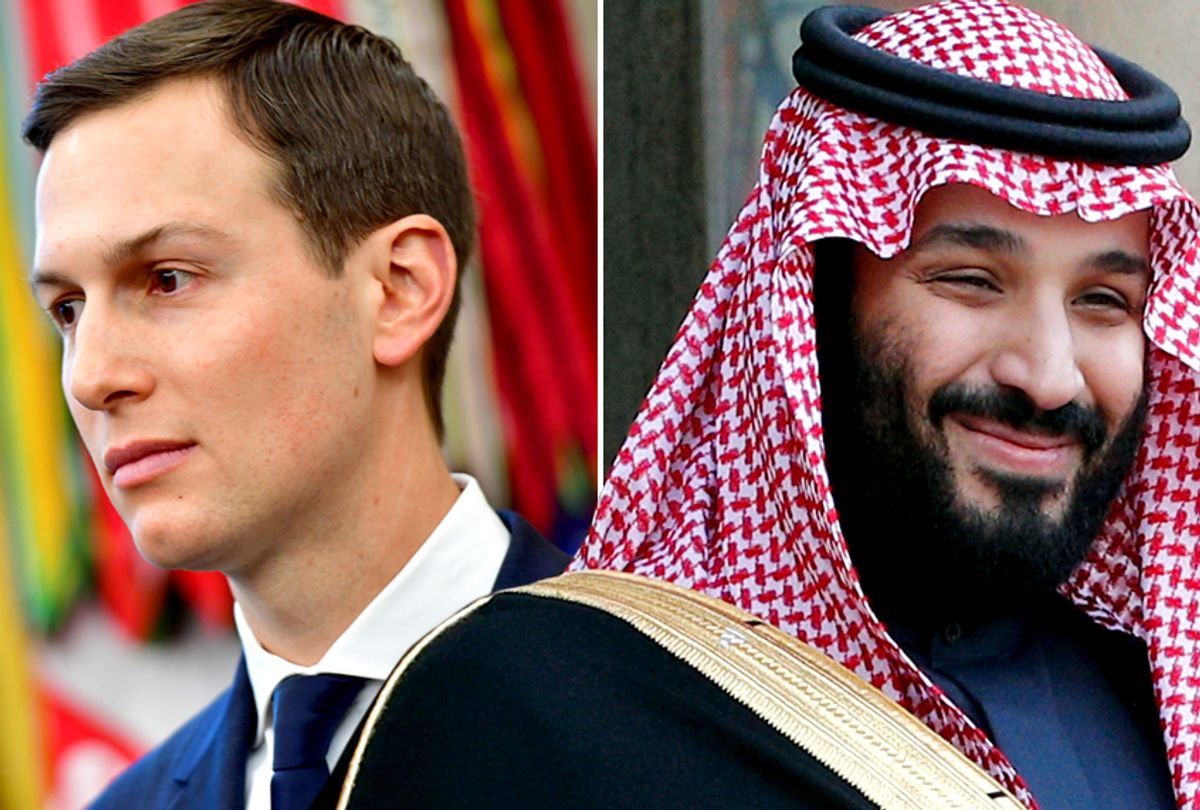 Jared Kushner slurred slain Saudi journalist Jamal Khashoggi as a “terrorist” during an off-the-record conversation with a reporter, according to a new book.

“This guy was the link between certain factions in the royal family and Osama (bin Laden),” Kushner said, according to Wolff. “We know that. A journalist? Come on. This was a terrorist masquerading as a journalist.”

Kushner is close to Saudi crown prince Mohammed Bin Salman, who is believed to have ordered the brutal October 2018 murder of Khashoggi, a Washington Post columnist who lived in the United States.

“I think he’s complicit in the murder of Mr. Khashoggi to the highest level possible,” said Sen. Lindsey Graham (R-SC) after meeting with CIA director Gina Haspel to discuss the slaying.

Khashoggi was from a prominent Saudi family and had once been the royal family’s spokesman, and he had interviewed bin Laden many times since the early 1980s.