Roy Moore claps back at Trump: "The president doesn’t control who votes” for Senate in Alabama

Moore is "seriously considering" mounting another Senate bid, even though Trump has discouraged him from doing so 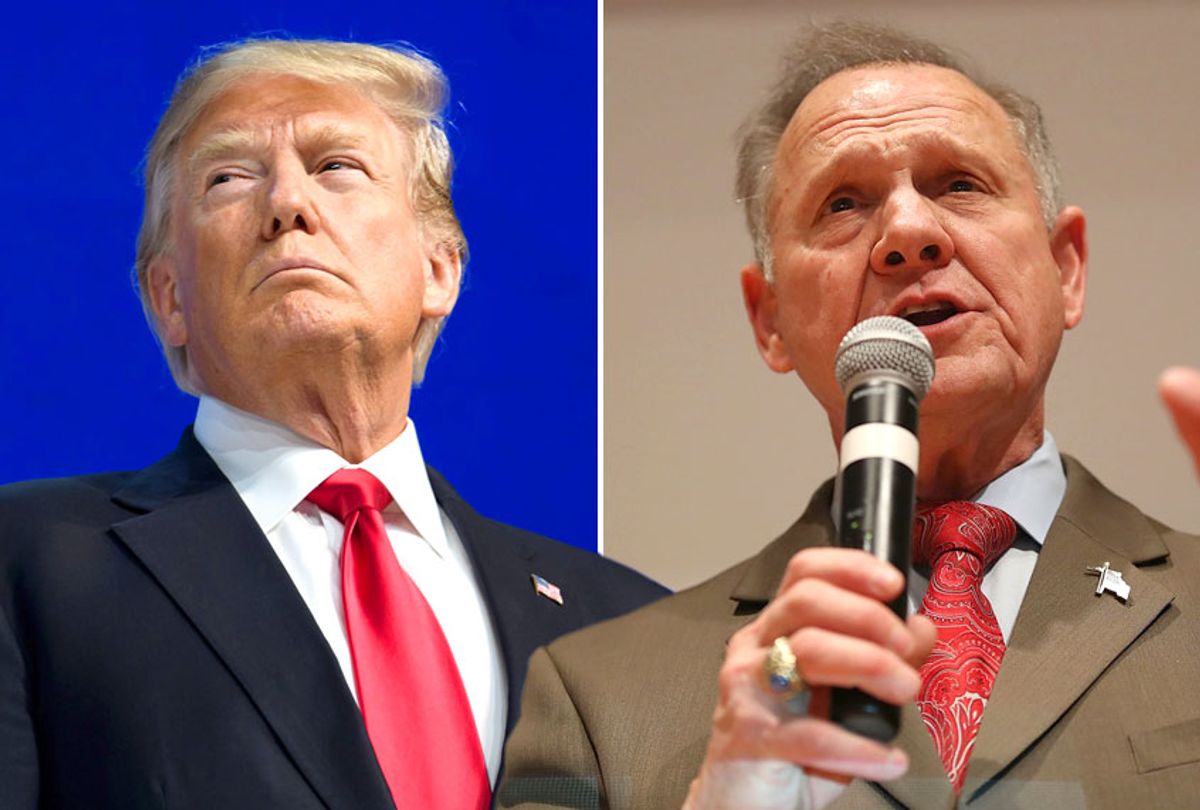 Republican Roy Moore, the former Alabama Senate candidate who lost in an upset victory to Democrat Doug Jones in 2017, recently told a journalist he does not think President Donald Trump should be weighing in on his future in politics.

"The president doesn’t control who votes for the United States Senate in Alabama. People in Alabama are smarter than that. They elect the senator from Alabama – not from Washington, D.C.," Moore told Politico during a phone interview.

The former judge added that he was "seriously considering" mounting another bid for the Senate – and that Alabamans could expect to hear his decision in a "few weeks."

Moore argued that members of the Republican establishment such as Trump are opposed to his candidacy, because "they know I'll win. That's why they're upset."

In a pair of tweets sent Wednesday, Trump wrote that "Republicans cannot allow themselves to again lose the Senate seat in the Great State of Alabama. This time it will be for Six Years, not just Two. I have NOTHING against Roy Moore, and unlike many other Republican leaders, wanted him to win. But he didn’t, and probably won’t....."

The president's son, Donald Trump Jr., expressed a similar thought on Twitter, where he responded to Moore's statement that he would defeat Jones by writing: "You mean like last time? You’re literally the only candidate who could lose a GOP seat in pro-Trump, pro-USA ALABAMA. Running for office should never become a business model. If you actually care about #MAGA more than your own ego, it's time to ride off into the sunset, Judge."

Moore's Senate campaign was derailed after multiple women came forward to accuse him of sexual misconduct. Moore has vehemently denied those allegations, insisting they were cooked up by his liberal opponents. In February, Moore wrote an email to supporters saying, “Even Doug Jones knows that 'Project Birmingham' and the disinformation campaign out of Washington, D.C. paid for by Microsoft Billionaire Reid Hoffman was all for his benefit. His call for an investigation by the Federal Election Commission was to cover his own fraudulent campaign. When and if I decide to run, he will be the first to know."

In addition to the accusations about sexual misconduct, Moore has also incurred controversy for claiming Islam is a "false religion," asserting that LGBTQ couples should not be allowed to raise children, saying homosexuality should be outlawed and promoting the racist and discredited "birther" conspiracy theory about former President Barack Obama. Such hardline stances on social issues likely helped Moore win the Republican nomination over incumbent Sen. Luther Strange in Alabama’s 2017 Senate primaries.