"This time it will be for Six Years, not just Two," Trump tweeted in reference to Moore's loss to Sen. Doug Jones 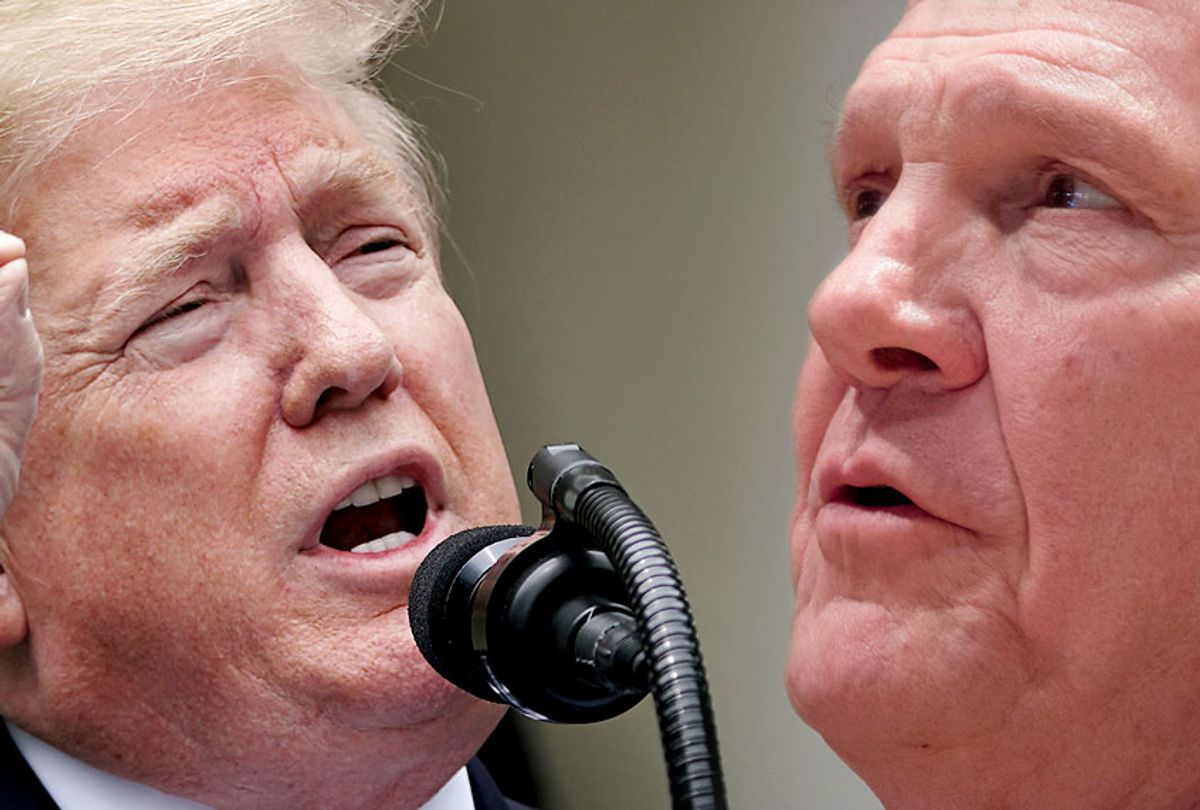 President Donald Trump tweeted a warning to Alabama Republicans on Wednesday morning that they would be ill-advised to renominate Judge Roy Moore for the upcoming Senate race, pointing out that "this time it will be for Six Years, not just Two."

In the pair of tweets posted on Wednesday, the president said, "Republicans cannot allow themselves to again lose the Senate seat in the Great State of Alabama. This time it will be for Six Years, not just Two. I have NOTHING against Roy Moore, and unlike many other Republican leaders, wanted him to win. But he didn’t, and probably won’t....."

The president's son, Donald Trump Jr., expressed a similar opinion on his Twitter account on Tuesday. After seeing Moore had posted he would defeat Sen. Doug Jones, the Democratic incumbent who bested Moore two years ago in Alabama, Don Jr. wrote, "You mean like last time? You’re literally the only candidate who could lose a GOP seat in pro-Trump, pro-USA ALABAMA. Running for office should never become a business model. If you actually care about #MAGA more than your own ego, it's time to ride off into the sunset, Judge."

This is not the first time Moore has suggested he could defeat Jones — or, for that matter, attributed his loss in 2017 to factors other than allegations of sexual misconduct. In February, Moore wrote an email to supporters claiming that "even Doug Jones knows that 'Project Birmingham' and the disinformation campaign out of Washington, D.C. paid for by Microsoft Billionaire Reid Hoffman was all for his benefit. His call for an investigation by the Federal Election Commission was to cover his own fraudulent campaign. When and if I decide to run, he will be the first to know."

The comments about Reid Hoffman refer to Moore's belief that the internet billionaire's efforts to stop him resulted in the women who came forward to accuse him of sexual misconduct.

"Well, I have no doubt it was stolen. I have no doubt this influenced the campaign. And to say it didn't would contradict even the report that came out on Project Birmingham. It's no coincidence this Project Birmingham originated as early as September 2017 before the false allegations came up," Moore said earlier this year with regard to the Senate election. "I think it was all a plan. I think it was all a plot."

In addition to being accused of sexual misconduct by multiple women, Moore has incurred controversy for his far-right positions on a number of issues. These included claiming that homosexuality should be illegal, arguing that LGBTQ couples should not be allowed to raise children, describing Islam as a "false religion" and touting the discredited and racist "birther" conspiracy theories about former President Barack Obama.