Moore said Sen. Doug Jones, D-Ala., would be "the first to know" if he decides to toss his hat into the race again 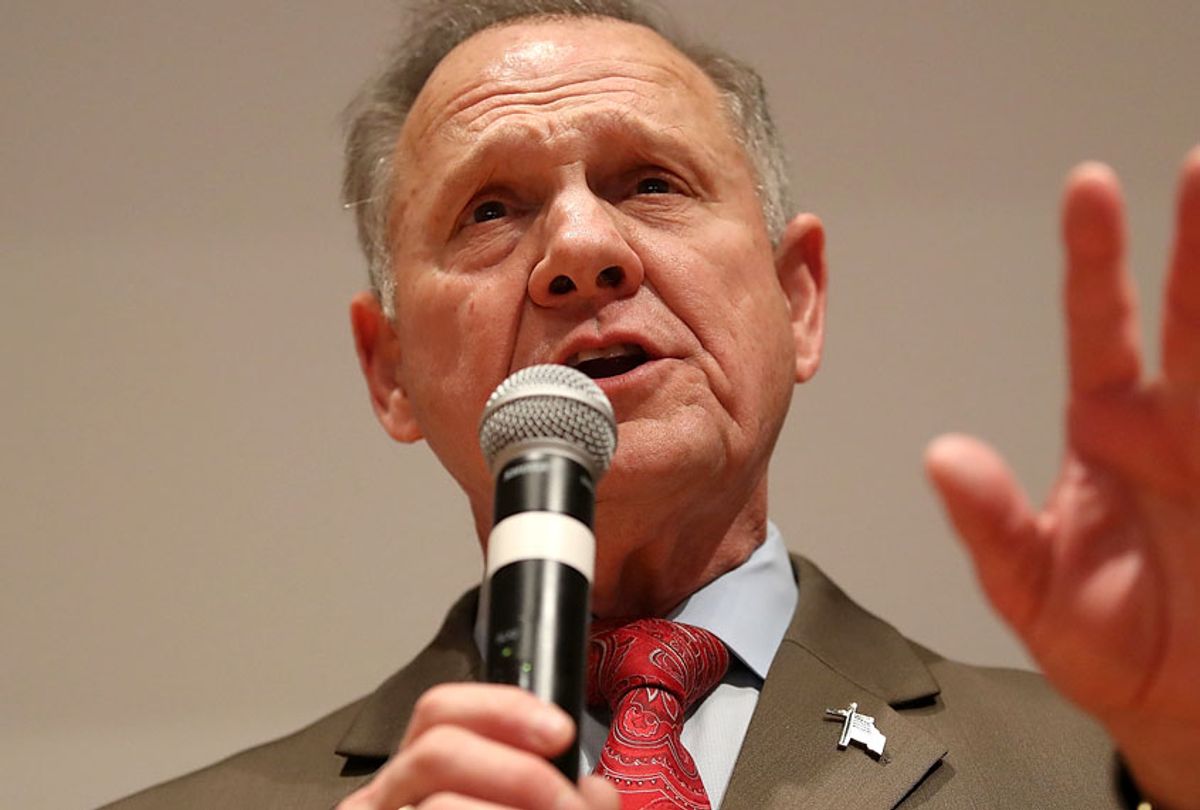 Roy Moore, the former Republican Senate candidate who refused to concede after losing the 2017 special election to Democrat Doug Jones, suggested this week that he is eyeing another Senate campaign.

Moore wrote in an email to supporters that Jones would be "the first to know" if he decides to forge another campaign in 2020.

"Even Doug Jones knows that 'Project Birmingham' and the disinformation campaign out of Washington, D.C. paid for by Microsoft Billionaire Reid Hoffman was all for his benefit," Moore wrote, referring to two efforts by the internet billionaire and left-leaning political groups to target Alabama Republicans and bolster Jones's candidacy, according to AL.com. "His call for an investigation by the Federal Election Commission was to cover his own fraudulent campaign. When and if I decide to run, he will be the first to know."

Moore, who was defeated in 2017 in the wake of sexual misconduct allegations, said earlier this year he believes the election was "stolen" from him by disinformation campaigns waged by Democrats on social media.

"Well, I have no doubt it was stolen," Moore said at the time. "I have no doubt this influenced the campaign. And to say it didn't would contradict even the report that came out on Project Birmingham. It's no coincidence this Project Birmingham originated as early as September 2017 before the false allegations came up. I think it was all a plan. I think it was all a plot."

In response, Jones asserted that the influence campaigns did not impact the results of the razor-thin election and invited Moore to run against him again. The Alabama senator said that if Moore and the Republican Party believe he lost the election because of disinformation campaigns, then he should run again.

Jones defeated Moore in the special election that was triggered when former Republican Sen. Jeff Sessions was appointed as President Donald Trump's attorney general. "I think Jeff will run for his Senate seat in 2020,” Mobile-based political strategist Jonathan Gray has predicted.

Moore was accused of sexual misconduct during the 2017 campaign, including allegations that he pursued teenagers when he was in his 30s.

Moore would likely struggle to convince the Alabama Republican Party to nominate him again after he defeated Sen. Luther Strange, R-Ala., and then lost to Jones, who became Alabama's first Democratic senator in 25 years. However, Democrats would likely be excited about the prospect of facing Moore again in what could be the hardest Senate race for them in the country next year.

Jones, meanwhile, said he does not have a "preferred opponent," but Moore should not be disregarded.

"He makes waves," Jones said. "I think he makes noises. Who knows what he's going to do?"