Idris Elba's noir detective is back. So is swinging '60s era Inspector Morse, and other hot June options 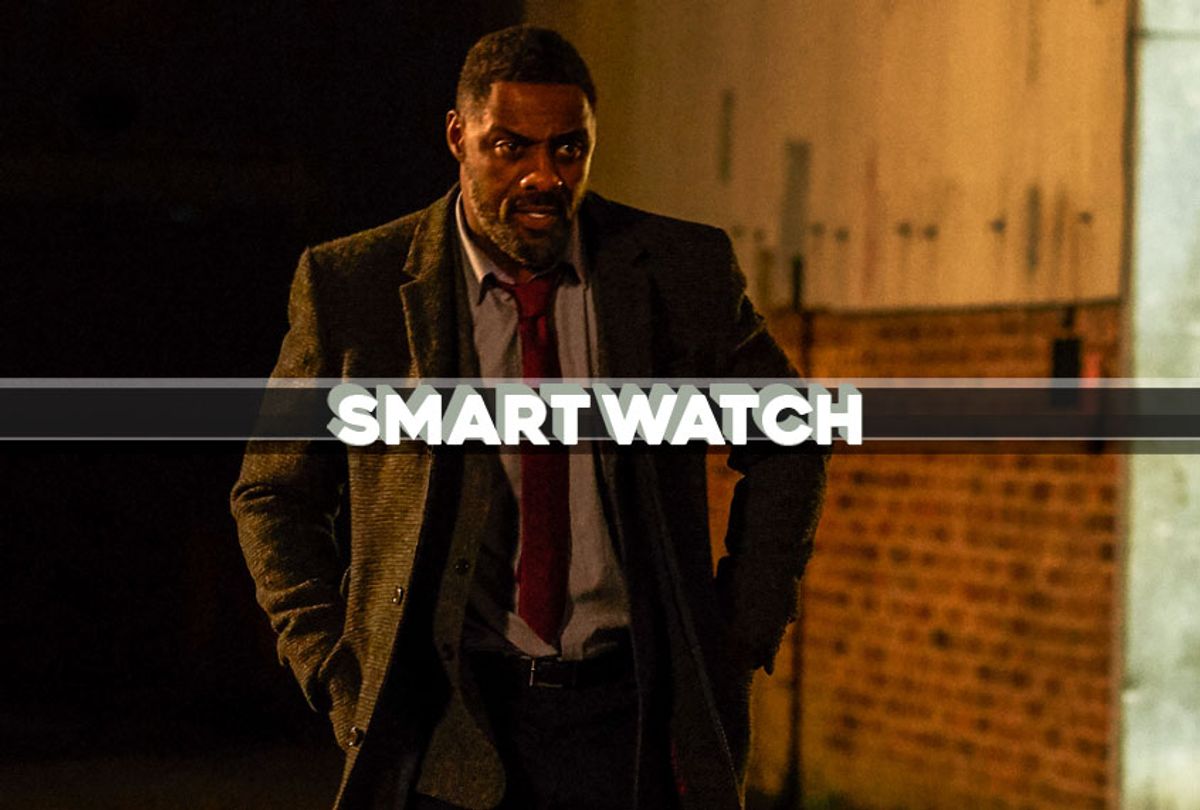 The age of summers being sleepy seasons for TV is long past, of course, but this particular month explodes at the seams with shows to devour and talk about or rail over and vow to never speak of again.

Where the third season of “The Handmaid’s Tale” will sit on that spectrum, I cannot say at the moment — the second season kicked off well and ended with a fizzle, so it’s wise to be wary — but Salon will be weighing in before the season's Wednesday premiere on Hulu.

Ditto for the second season of HBO’s “Big Little Lies,” premiering Sunday, June 9 at 9 p.m. Season 1 became a phenomenon in 2017, although apparently I am part of a small portion of the population that lacks the gene required to fall in love with it. Meryl Streep’s inclusion in these new episodes could mitigate that, however.

In any case, the second season premiere of FX’s “Pose” on Tuesday, June 11 at 10 p.m. feels like more of a sure thing. Until that’s available, however, here are six titles — not five, six, because it’s June and again, too much TV — that are worth checking out. More extensive examinations of nearly all of these titles are forthcoming, but in the meantime set up your watchlists.

Depending on who you are, the 2017 news of “Luther” returning for a fifth season was met with either cheer or derision, if not a blithe, “Is that still on?”

That last take is understandable. Idris Elba’s charismatic neo-noir detective was declared to be retired at least two times, and not every continuation of his story has proven necessary. The two-parter that aired in 2015, the last time we saw him, was not an example of the series at its creative apex. Happily for us, it 2019 addendum makes up for lost time and errors.

This new season maintains a consistent tension throughout its run and even when the creeps are familiar, series creator Neil Cross frosts them with a layer of sinister that feels impossible to duplicate or, if not that, at least would be tough to attempt.

What makes “Luther” connect with its admirers — other than the brooding, handsome slab of danger that is Elba’s embodiment of the psychologically battered and bruised DCI — is John Luther’s stubborn determination to do the right thing even if the price is self-immolation. Matching this is his ongoing flirtation with evil, a habit he tries to channel in the service of justice.

Like a handsome but withholding swain, Elba draws us back to “Luther” time and again. But the other attractant is Ruth Wilson as Alice Morgan, a cold sociopath who, for various reasons and no one in particular, remains drawn to and strangely protective of Luther.

As is often the case with unsound flirtations, unforeseen circumstances send many of the good detective’s schemes sideways, giving Elba the chance to tap into the character’s deep well of inner agony, and Wilson to smirk and strut like a female Hannibal Lecter.

Speaking of “Hannibal,” this season’s adversary is reminiscent of that franchise; interpret that as a compliment. Nothing flies in the face of strength, particularly Luther’s vulnerable version, like the visual proof of our mortality and the frailty of our flesh.

Wilson and Elba have an onscreen partnership that can’t be duplicated or replaced, and each is popular enough that their schedules grow busier each year.  So if this season of “Luther” ends up being the truly final one, so be it. With this series it's fine to remain emotionally attached and wise to practice detachment; in either instance, its return is welcome this time of year.

PBS has presented countless unforgettable series over the years, but its 1994 broadcast of Armistead Maupin’s “Tales of the City” stands out as one of the first in modern memory with a level of cultural edge the service hadn’t often enjoyed before. But its popularity also raised the hackles of the conservative American Family Association, which condemned PBS for featuring a miniseries that centered the stories of LGBTQ people, including one of the first transgender heroines to be celebrated on TV.

Did we mention that she grows and smokes a lot of pot? Why yes. Alert Congress, they brayed, and cut public television’s funding. That did not happen, thankfully. But a skittish PBS declined to air a second season, and televised versions of Maupin’s tales passed over the Showtime. Twenty-five years later Netflix is taking up the charge and Laura Linney, whose Mary Ann anchored the original along with Olympia Dukakis’ Anna Madrigal, brings us back to San Francisco and 28 Barbary Lane.

This round of tales also stars Ellen Page as Mary Ann’s daughter Shawna, an inspired touch of casting. But it will be interesting to see how Maupin’s fantasy plays in a world where havens like Miss Madrigal’s are quickly going extinct, at a time when we need them more than we ever did.

In the pantheon of actors made to play dangerous characters, Carla Gugino is near the top of the list of underappreciated ones. Gugino was perfectly cast in the title role of ABC’s “Karen Sisco” in 2003, and won plenty of acclaim for her interpretation of Elmore Leonard’s heroine, but the show barely lasted 10 episodes. Maybe she’s better suited to play a retired thief drawn back into her illicit vocation for the classic “one last job” scheme which, of course, is never really done.

The action fan in me has been drawn to Cinemax over the last few years as its content has grown smarter and bolder, but since “Banshee” died off I’ve also ached to see more women at the fore of its series. This one looks appealing based on cast and premise alone, especially given that Giancarlo Esposito also stars.

Watch PBS long enough and some “Masterpiece” detective eventually gets under your skin. For my money Shaun Evans in “Endeavour” provides one of the more reliably entertaining performances on TV, maturing as a detective and as man tempered by all manner of dramatic adversity while the denizens and vices of swinging '60s Britain equally tempt and perplex him. Think of him as the anti-“Luther”: Endeavour broods, but his cases pop with colorful costumes and frequently involve mod weirdos and hippies.

Another series topped by famous women is already inhaling quite a bit of oxygen, as I mentioned, but there’s already quite a measure of fascination building around this drama based on an Israeli series and starring Zendaya as a teen girl addicted to drugs, who is also the series (likely unreliable) narrator.

Without having seen any episodes (yet) the original’s primacy of the teen’s perspective in the midst of a number of wild scenarios leads one to presume that Sam Levinson’s adaptation won’t soften the content for HBO audiences. Plus the series is executive produced by Drake who, do not forget, first entered the spotlight as a star on “Degrassi: The Next Generation.” I kid of course: We will never forget. Never!

Technically critics are not supposed to post reviews for a few more days yet, but any round-up of series worth watching in June that doesn’t mention Arturo Castro’s sketch series would be incomplete. (Besides, Salon will be featuring more coverage closer to its premiere date.)

What can be safely said without blowing anything is that “Alternatino” has the potential to accomplish for the “Broad City” star, Latinx comedy and conversations about cultural schisms what series such as “Key & Peele” did for its stars and viewers a few years ago.  To help that along,  “Key & Peele” executive producer Jay Martel serves as the series’ showrunner, although its bent is distinctively Castro’s and marks him as a comic worth watching.