Mike Hubbard's money-laundering scheme turned Alabama deep red in 2010. He may go to prison, but the damage is done 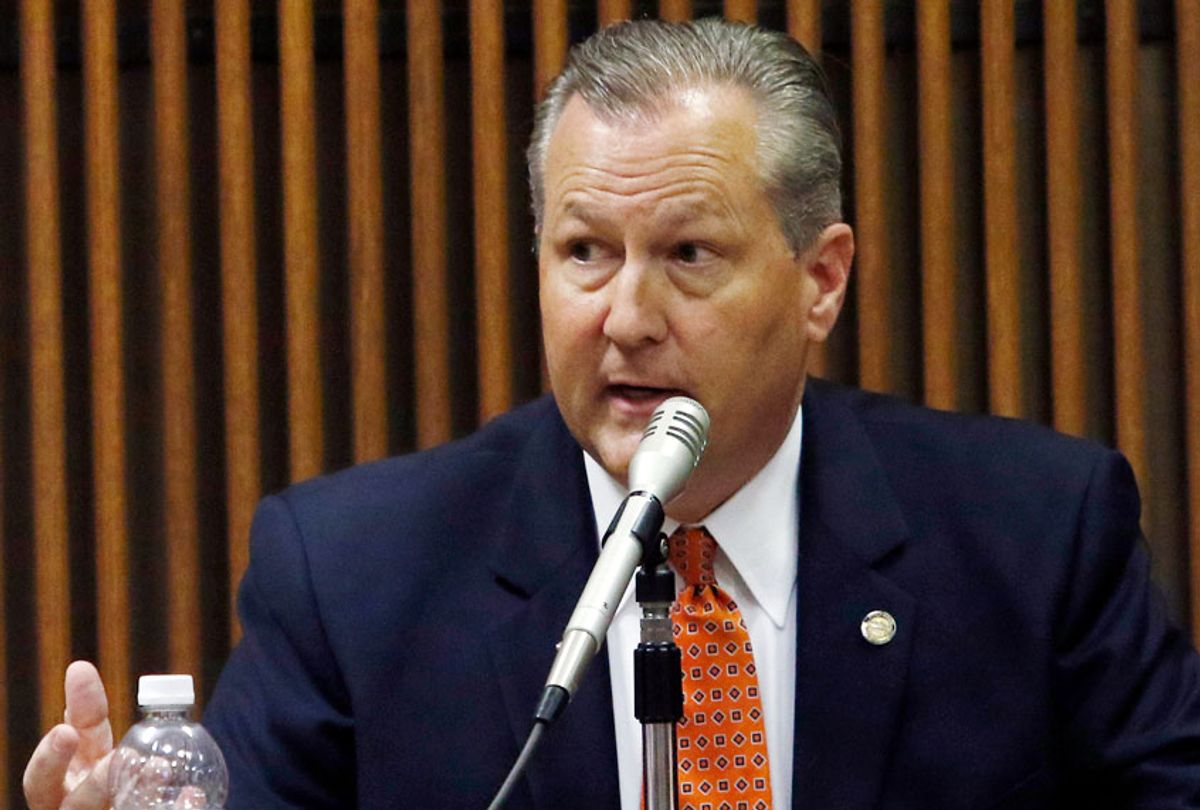 As the 2010 elections neared, Mike Hubbard had a huge dream and an even bigger dilemma. The chairman of Alabama’s Republican Party wanted to end the Democrats’ 136-year hammerlock over the state legislature. If Hubbard could surf an anti-Barack Obama wave and capture control of Montgomery, he thought, it would be the most “monumental public achievement” in Alabama’s modern political history.

But erasing a 60-43 Democratic edge in Alabama’s House of Representatives and a 20-15 advantage in the state Senate would cost millions. All that cash would not be easy to raise in a poor state, let alone one that wasn’t high on the national party’s list of midterm elections priorities. Unless, that is, he found some way to evade Alabama’s campaign finance laws. Not unexpectedly, Hubbard found his loophole.

When Alabama joined Ohio, Georgia and other states this month in enacting the most restrictive new abortion bans in decades, many political observers mentioned the crucial role that partisan gerrymandering played in creating legislatures — and entrenching legislators — that are much more conservative than the state’s citizens. And like so much in our politics, Alabama’s abortion law does have its roots in redistricting.

Alabama’s story, however, might be more sordid and corrupt than any other state. That fall, Alabama Republicans captured those historic supermajorities in the state legislature, thanks to ads that proclaimed: “After 136 years, the Democrats have brought us Obama, Pelosi, government health care, liberal policies, higher taxes, and wasteful spending.” Hubbard became speaker of the house and immediately pushed the state’s politics hard right.

Much of the necessary funding, however — more than $1 million — arrived through an unconventional arrangement of questionable legality with the Republican State Leadership Committee. The RSLC was home to the GOP’s national redistricting strategy. These were the operatives behind a plan called REDMAP — short for the Redistricting Majority Project — that dropped $30 million into a handful of state legislative races that fall, seeking to ensure GOP control of the 2011 redistricting cycle in as many states as possible.

Alabama had not been high on that list: According to an internal Republican PowerPoint that I obtained called “Redistricting 2010 Preparing for Success,” the state was not part of early GOP thinking for that midterm cycle at all. Then Hubbard approached party strategists with a plan.

It worked like this, according to a detailed timeline revealed by the RSLC’s own lawyers: Hubbard realized he could raise hundreds of thousands from the Poarch Creek Indians, an Alabama tribe with casino gaming interests, and a lobbyist with longstanding ties to the tribe. But that money, Hubbard also knew, would be politically toxic in Alabama, where gambling money is seen as deeply controversial, especially among religious conservatives. So he had his Alabama donors funnel that money to the RSLC. The RSLC, in turn, quietly gave that money back, almost dollar for dollar, to candidates supported by Hubbard or political action groups that he controlled.

These details emerged years after the election — with the Republican supermajorities safely installed in Montgomery — when that internal RSLC investigation by the law firm BakerHostetler sounded alarms about “possible criminal penalties” that could “ultimately threaten the organization’s continued existence.” According to the private BakerHostetler memo — first discovered by Politico in 2014 but not picked up by the nation’s political press, which had yet to understand the importance of REDMAP and redistricting — “the path of the Alabama money could trip over a state law that bans ‘making or accepting a contribution by one person in the name of another.’”

To put this more directly: The lawyers’ report suggested that the RSLC had served as a money-laundering pass-through for toxic campaign donations from casino interests, washing the money clean and then returning it to Mike Hubbard for use in flipping Alabama’s legislature from blue to red.

“It is likely that a prosecutor in Alabama, after investigation, could argue that the routing of contributions from the Poarch Creek Indians to RSLC then back to certain Alabama PACs controlled by Mike Hubbard does appear to violate” the state's campaign finance law, the report concluded.

No one was charged in that particular case. But Hubbard was later convicted on 12 counts of ethics violations in Alabama, including improperly soliciting lobbyists for consulting contracts and using his office to benefit clients. He was sentenced to four years in prison. His final appeal will be heard by the Alabama Supreme Court next month. The RSLC cut ties with several former leaders after the BakerHostetler investigation concluded; they have all maintained innocence of any wrongdoing.

The BakerHostetler report is a particularly damning and exceptionally rare view inside the sordid world of dark money. At one point the lawyers discovered that $100,000 had been transferred from the RSLC to a PAC historically tied to the disgraced Washington lobbyist Jack Abramoff. The report details how the RSLC partnership allowed Hubbard to evade campaign contributions limits at home and sneak around Alabama’s campaign finance laws.

Why revisit this story now? Because Alabama seems like such a solid red state in 2019 that it’s easy to forget that when Republicans captured the state house in 2010, they broke a run of Democratic control that extended all the way back to 1874. For much of that time, to be sure, the state was controlled by conservative white Democrats, many of them overt racists and segregationists. But that had become much less true in recent decades. Powerful black legislators lost their chairmanships after the 2010 election, ending an era in which black Alabama citizens had gained more political power than at any time since Reconstruction.

Now the legislature seated as a result of gerrymandering — and all that dubious money laundering — has passed the strictest abortion ban in the nation since Roe v. Wade legalized the procedure more than 45 years ago. Doctors who perform an abortion would risk a 99-year jail sentence. So the anti-democratic and seemingly illegal manner in which Republicans gained their legislative majority in Alabama matters. It starts with dirty money. It’s followed by an ugly racial gerrymander. Now it has progressed to an extreme policy that polls show is too conservative even for Alabama. Only 31 percent of the state's voters backed abortion limits like this one, which fail to provide any exception in the case of rape or incest.

The architect of this entire scheme, Mike Hubbard, now faces years in prison. Those who live in this state where democracy has been so grotesquely distorted by backroom gerrymandering and money laundering face a future just as unfree: Under the thumb of a legislature that can enforce its hard-right agenda regardless of the peoples’ will.