Gillibrand accused Fox News of promoting a "false narrative" on late-term abortions, much to the chagrin of Wallace 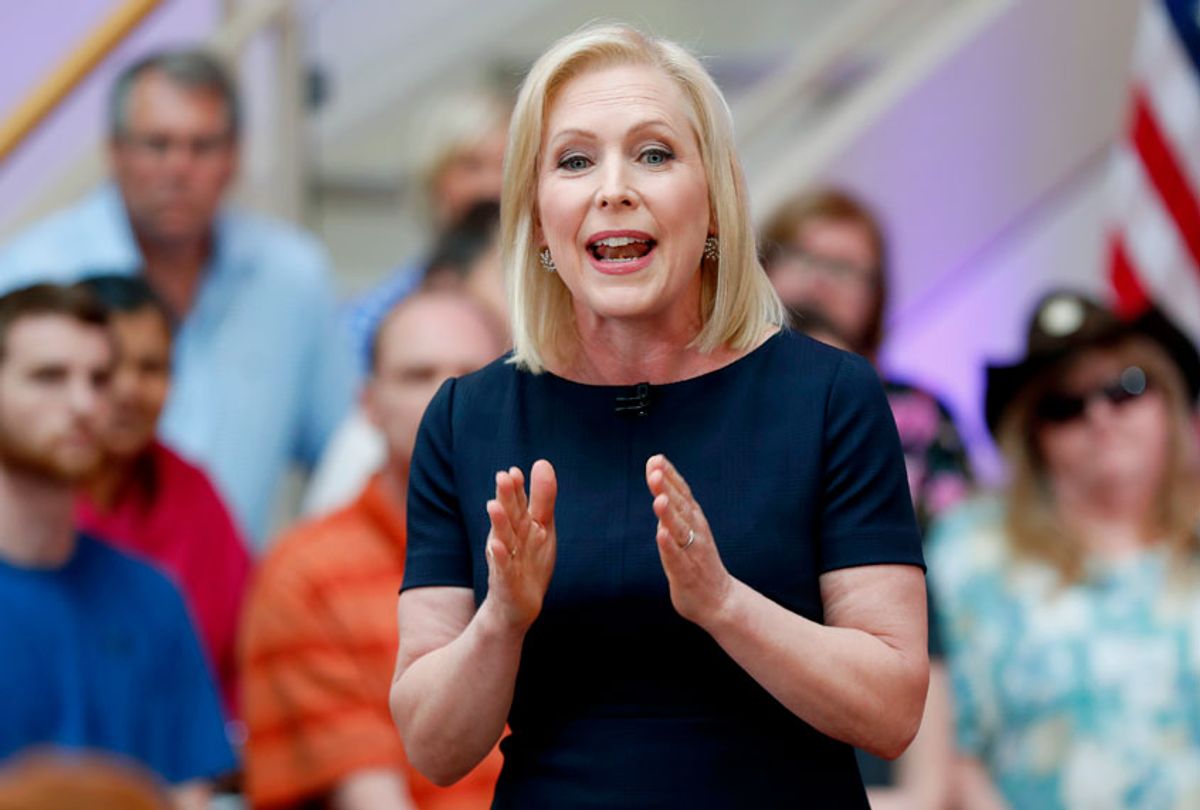 Gillibrand, the latest 2020 Democratic presidential candidate to participate in a Fox News event, accused the network of spreading a "false narrative" on the issue, much to the chagrin of host Chris Wallace.

The moment came after the presidential hopeful was asked by an audience member what her position is regarding late-term abortions. Gillibrand began her response by reiterating her stand that "when it comes to women's reproductive freedom, it should be a woman's decision."

She then began her attack on the network hosting the town hall, claiming that Fox News promotes a "false narrative" on the issue.

"I want to talk about the role Fox News plays in this, because it's a problem," Gillibrand said, pointing to her issue with the frequent use of the term "infanticide" by the network's hosts and guests.

"Infanticide — it doesn't exist," she said, at which point Wallace cut her off.

"Senator, I just want to say we've brought you here for an hour. We have treated you very fairly," he said. "I understand that maybe, to make your credentials with the Democrats who are not appearing on Fox News, you want to attack us. I'm not sure it's frankly very polite when we've invited you to be here."

"Instead of talking about Fox News, why don't you answer Susan's question?" he continued, referring to the audience member who posed the question on abortion rights.

Gillibrand then promised to make her point in a "polite" way and then returned to her criticism of Fox News for its focus on "infanticide."

"It doesn't happen. It's illegal. It's not a fact," Gillibrand said. "And I believe all of us have a responsibility to talk about the facts."

The exchange comes at a time when more than a dozen states across the country are considering measures to restrict legal access to abortion, as affirmed in the landmark 1973 Supreme Court case Roe v. Wade.

Last month,  Alabama's governor signed the nation's strictest abortion law, making it a felony in the state for a doctor to perform an abortion at any time absent a medical emergency. Missouri lawmakers voted in May to ban abortions eight weeks into pregnancy — even in cases of rape, incest or human trafficking —and states, including Georgia, Ohio, Kentucky and Mississippi, have passed so-called "heartbeat" bills outlawing abortions once a fetal heartbeat can be detected, which can be as early as six weeks and before many women know they are pregnant. Utah and Arkansas also voted to ban the procedure after the second trimester.

Gillibrand, who has struggled to gain traction in her bid for the White House despite jumping into the 2020 race before any Democrat except Sen. Elizabeth Warren, D-Mass., has attempted to stand out in her party’s crowded field by championing her record on fighting for women's rights, which includes speaking out against sexual harassment and promoting reproductive rights.

The senator is the latest Democratic candidate among the 2020 field to appear on the Fox News for an hour-long town hall. South Bend, Ind. Mayor Pete Buttigieg, Sens. Bernie Sanders, I-Vt., and Amy Klobuchar, D-Minn., are other prominent 2020 Democrats who have participated in a Fox News town hall in recent months in an attempt to appeal to moderate and conservative voters.

Warren publicly rejected an invitation to appear at a Fox News town hall last month on the grounds that the conservative network is a "hate-for-profit racket,” which she claimed is designed to divide the Democratic Party. Sen. Kamala Harris, D-Calif., turned down offers to appear on the network, too, according to multiple news reports.

Gillibrand's Fox News town hall produced some other viral exchanges, including one in which Wallace asked Gillibrand to explain a December tweet in which she claimed the future was "female" and "intersectional."

"We want women to have a seat at the table," Gillibrand answered.

Wallace, appearing slightly perplexed by the statement ― which began as a rallying cry of lesbian feminist separatists in the 1970s and is now a feminist slogan for women's groups around the world ― asked what that meant for men going forward.

"They're already there. Do you not know?" Gillibrand replied, prompting an enthusiastic applause from the crowd. "It's not meant to be exclusionary; it's meant to be inclusionary."

The Democratic National Committee announced in March that it would not allow Fox News to host any of the 12 Democratic debates during the 2020 presidential election cycle, claiming that President Donald Trump and the network have a mutually beneficial relationship that is "inappropriate."