Trump's re-election campaign spends big on Trump Tower. Is it making up for a shortage of tenants?

Team Trump allegedly spends $37,500 a month on office space at Trump Tower, yet only a handful of people work there 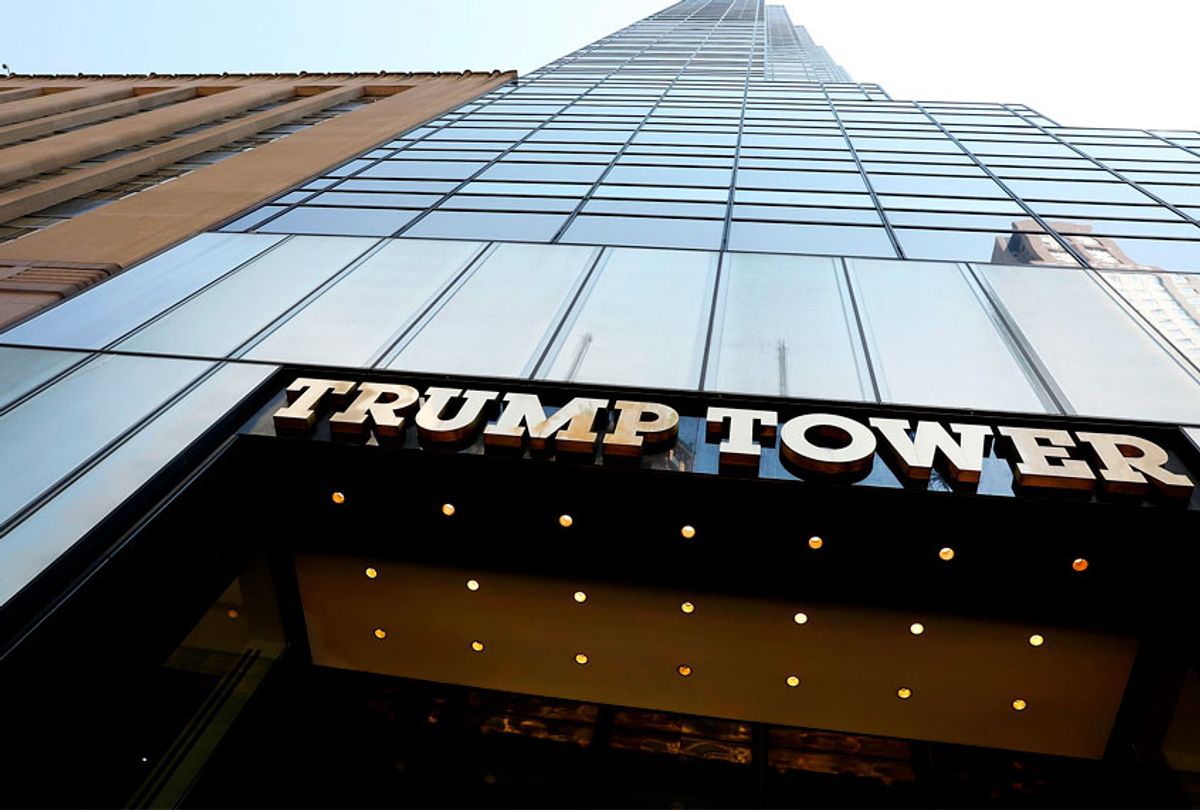 President Donald Trump reportedly spends $37,500 a month of his re-election campaign's war chest on office space at Trump Tower, yet much of that space is not being used.

The president's campaign shells out for real estate at his namesake building on Fifth Avenue, although only "four or five" campaign workers are employed at the Manhattan headquarters of his re-election effort, according to HuffPost. That amount is reportedly at least three times as much as the Republican National Committee pays for sharing a much larger real estate space with the Trump campaign in Arlington, Virginia.

One former campaign staffer, who spoke to HuffPost anonymously, took a shot at Michael Glassner, the campaign's $240,000 a year executive director:

One former campaign staffer says that value is obvious: at least in terms of Trump’s personal bank account. The building has been shedding commercial tenants since he became president, and currently has 41,271 square feet available for rent across five floors. Should Trump move the remaining New York staff into the Arlington office, it would leave yet more vacant office space in a building whose rents continue to put money into his own pocket.

“The reality is there would be even more commercial space available in Trump Tower,” the former staffer said, also on condition of anonymity. “Glassner goes there daily so they can rationalize it.”

One aspect of this controversy that is particularly striking is this: Much of the money going to Trump Tower winds up finding its way into the president's pocket — meaning that he is, in effect, redirecting money donated to his campaign in such a way that it personally enriches himself. That is especially noteworthy, given Trump's refusal to fully divest himself from his business empire after assuming office.

"It’s an especially consequential betrayal to waste campaign money when so much of it comes from small donors for whom the donations are a real financial expense," Robert Weissman, president of the liberal government watchdog group Public Citizen, told HuffPost. "To have a purported billionaire taking money from people, who are contributing in $10 and $20 increments, to bulk up his own his bank account is pretty pathetic — but I guess not surprising,"

The Trump Tower controversy occurs against the backdrop of Trump experiencing larger problems with his real estate empire. Described by Bloomberg as "one of the least desirable luxury properties in Manhattan," Trump Tower's condominium sales have registered for a loss when adjusted for inflation, sometimes in excess of 20 percent. By contrast, only 0.23 percent of homes across Manhattan over the past two years have sold at a loss.

Nor is Trump Tower alone among Trump's real estate properties to suffer in this way. Other difficulties have occurred at Trump's public golf course in New York; his family's planned mid-tier hotel chain; and with Trump-branded buildings, which have stopped using the president's name due to the controversy surrounding his politics. As for Trump Tower itself, its occupancy rate has reportedly fallen from 99 percent to 83 percent, meaning it now has roughly twice as high a percentage of vacancies as the Manhattan average.