Remember: Trump was elected in 2016 by winning the Electoral College despite losing the national popular vote 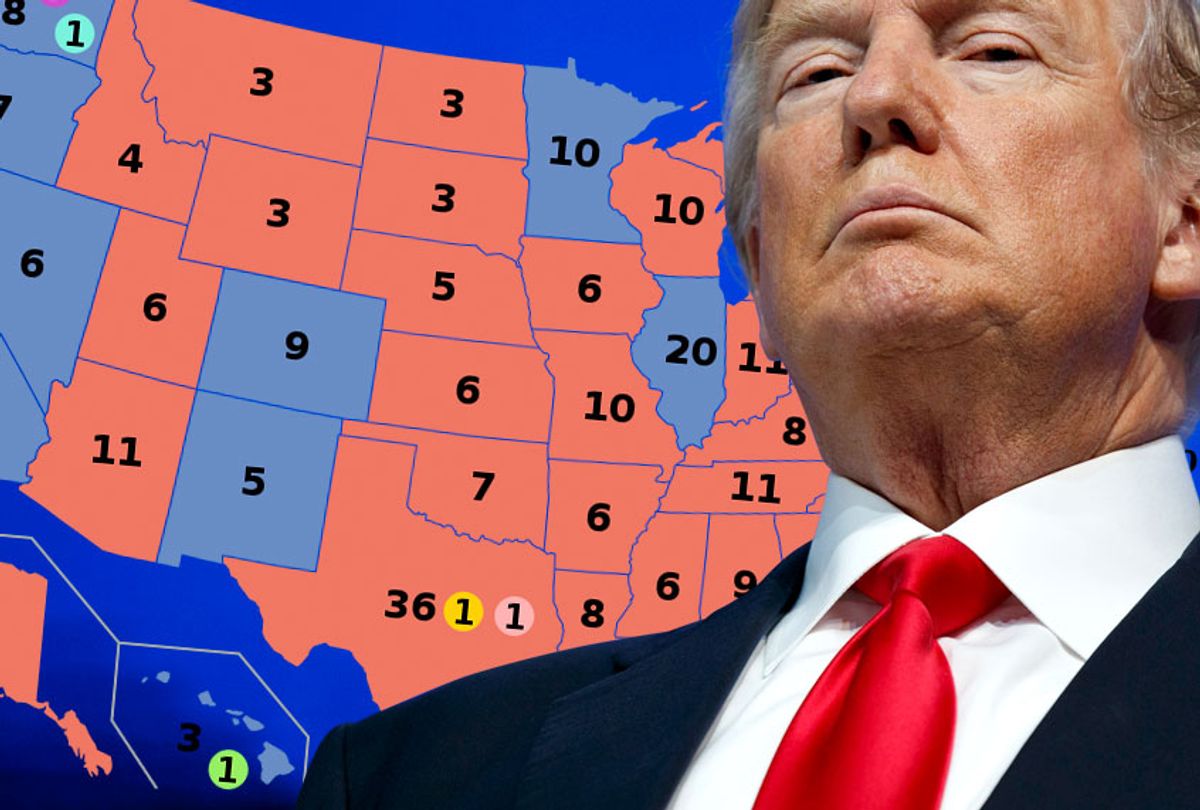 A new survey finds that President Donald Trump — who was elected in 2016 by winning the Electoral College despite losing the national popular vote — is in a critical situation when it comes to polls in key battleground states that could swing the election in 2020.

Another Morning Consult poll, which was released earlier this week, took a look at the Democrats who could replace Trump in the White House if they prevail in the 2020 election. Former Vice President Joe Biden had a substantial lead with 38 percent of registered voters nationwide, followed by Sen. Bernie Sanders of Vermont with 19 percent, Sen. Elizabeth Warren of Massachusetts with 10 percent, South Bend Mayor Pete Buttigieg with 7 percent and Sen. Kamala Harris of California with 7 percent.

One state which has received considerable attention is Texas, where Trump's approval rating is floundering, even though he won the red state in the 2016 presidential election by nine percentage points. As Philip Bump of the Washington Post wrote:

Then there’s this new poll of Texans by Quinnipiac University. It has Trump struggling against a number of the Democrats running for the party’s 2020 nomination. He’s up only four points on Sen. Kamala D. Harris (D-Calif.) — and that’s the race in which he’s doing the best. Despite his relative success last year, O’Rourke loses to Trump by three points. Against Sen. Elizabeth Warren (D-Mass.), Trump’s only up one.