Got a text to go to a picket line? Might be from Bernie 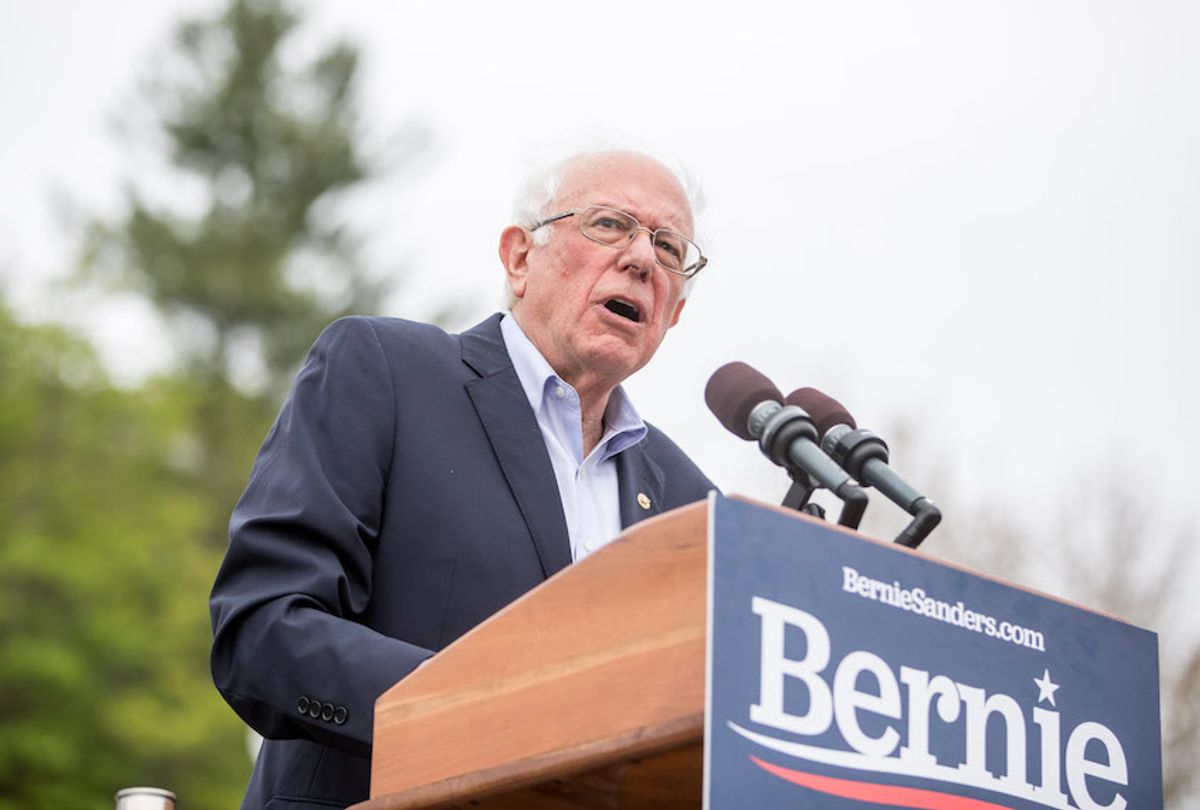 As graduate student workers at the University of Chicago began a three-day work stoppage this week to demand union recognition, Sen. Bernie Sanders — one of the university’s most notable alumni — called on his army of supporters to join their picket lines through an email and text message blast.

One of Sanders’ supporters who received the message was UChicago graduate instructor Laura Colaneri, a member of the union Graduate Students United (GSU) and a PhD candidate in Hispanic and Luso-Brazilian Studies.

“It was a really awesome boost to get that message because I’m one of the workers involved in this action,” Colaneri told In These Times. “I’m excited to see a candidate using his status to support workers directly, not just by giving us a rhetorical line, but helping us out with an action that we’re doing.”

While candidates traditionally use their extensive contact lists to focus on fundraising or bringing people out to their campaign rallies, Sanders is undertaking an apparent first in modern presidential politics: using his lists to help mobilize turnout at worker-led actions.

Last month, the Sanders campaign helped turn supporters out to a one-day strike at the University of California campuses, where representatives said 1,000 people “responded with interest or committed to go to a protest.” The campaign also called on supporters to join thousands of McDonald’s workers who went on strike across the country May 23 demanding a $15-per-hour minimum wage.

Sanders supporters were also recently encouraged to join healthcare workers at the University of Pittsburgh Medical Center on their picket line, as well as nurses at Mercy Health St. Vincent Medical Center in Toledo, Ohio. The campaign is currently working to turn supporters out for a march of McDonald’s workers in Cedar Rapids, Iowa on June 9 that Sanders will join.

“I think it's fair to say this is a workers’ movement as much as it’s a presidential campaign,” Bill Neidhardt, Midwest Press Secretary for the Sanders campaign, told In These Times. “And that’s exactly how we want it to be. That’s how you win. With a movement.”

Meanwhile, Sanders’ own employees recently unionized themselves, winning the first union contract for staff of a major party presidential campaign. Among other gains, the contract includes a $20-an-hour wage for interns at the Washington, D.C. campaign headquarters and a cap on manager salaries. Since the announcement, three other 2020 Democratic campaigns have unionized: those of former HUD Secretary Julián Castro, Rep. Eric Swalwell (D-Calif.) and Sen. Elizabeth Warren (D-Mass.).

“[Sanders’] objective is to strengthen unions as they’ve dwindled and been busted,” said Nanci Ponné, who joined GSU’s picket lines at UChicago on June 5 after receiving an email from the campaign. She was one of hundreds of people who joined GSU for a mass picket and rally that afternoon, many of them directed there by Sanders.

“Unions bring strength and power where workers didn’t have it before,” Ponné, who works in the Chicago hotel industry and identified as a member of Unite Here, told In These Times. “There’s no reason for Bernie not to use his awesome email list to empower unions that will help bring more benefits to workers.”

The three-day work stoppage at UChicago this week comes nearly 19 months after an overwhelming majority of graduate workers there voted to unionize with GSU in an election supervised by the National Labor Relations Board (NLRB).

As at many other private universities where graduate workers recently voted to form a union, the UChicago administration continuously refuses to recognize GSU, claiming grad workers are more “students” than employees and therefore ineligible for union representation. With the NLRB now controlled by anti-union Trump appointees — who are poised to undercut the legal basis for grad worker unions — GSU has withdrawn from the formal Board process and is demanding voluntary recognition from the university.

“They’re stonewalling,” Colaneri said of the UChicago administration, adding that administrators called extra campus police out to the GSU pickets. “They keep saying it’s your free speech to do this, but then they’ve sent out emails to undergraduate students and their parents telling them to report if your graduate instructor isn’t in class. But we’re not letting it intimidate us.”

As a UChicago alumnus, Sanders has supported GSU throughout their fight for union recognition. “I hope very much that you will set an example throughout the world by supporting a democratic decision made by graduate students and teaching assistants,” the senator wrote university president Robert Zimmer in November 2017. “To appeal this decision to an anti-worker, Trump-appointed National Labor Relations Board is not something that a world class institution of higher learning should do.”

No stranger to campus activism, while a student at UChicago in the early 1960s, the future presidential candidate helped lead a 13-day sit-in to demand an end to the university’s housing discrimination policy, was arrested protesting racial discrimination at Chicago Public Schools, and joined the youth wing of the Socialist Party.

“My four years in Chicago was an extraordinary moment in my life, and very much shaped my worldview and what I wanted to do,” Sanders said earlier this year.

With classes at UChicago now over for the spring, on the evening of June 5 GSU members voted to suspend their work stoppage. “We have shown the university, the world, and ourselves what we are capable of as a union, and how fundamentally the university depends on our work,” read a statement from the union.

“The amount of energy we’ve been able to sustain over three days is really incredible,” Colaneri said. “This doesn’t come from Bernie, it comes from us, from the workers being ready to fight for what we deserve. And it’s great to be supported in that, but not overshadowed. It’s not about Bernie, it’s really about us.”