Steven Mnuchin says Trump has not ruled out tariffs against China 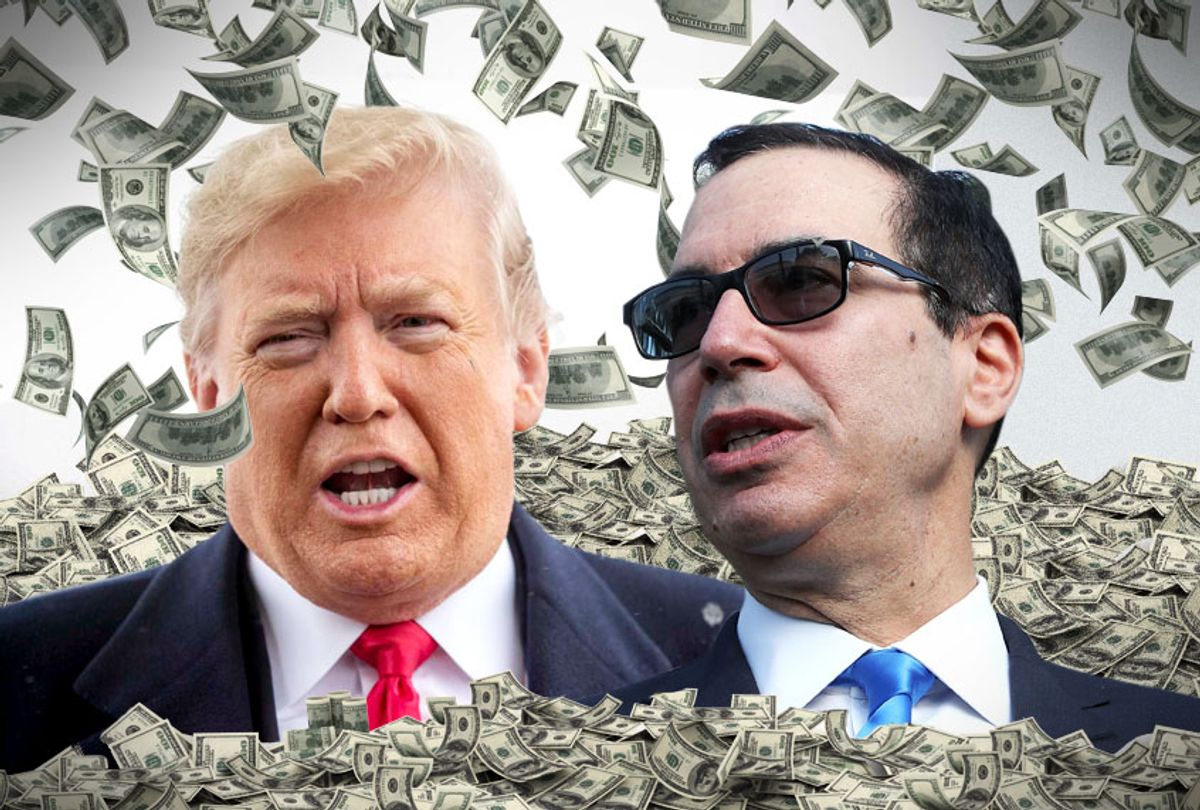 President Donald Trump's treasury secretary says that the president has not ruled out imposing tariffs on China, although he is waiting for the outcome of an upcoming meeting between himself and Chinese President Xi Jinping later this month in Japan.

"We’re going to need to see action, and President Trump is going to need to make sure he’s clear that we’re moving in the right direction to a deal. The president will make a decision after the meeting," Mnuchin told journalist Nancy Hungerford, according to CNBC.

When Trump and Xi last met in December (an event which occurred in Buenos Aires), they were already mired in a trade war that was harming both nations' economies. The two world leaders decided to stop anticipated tariff increases in the hope that they could negotiate a deal in both countries' best interest. Yet in May Trump surprised the world when he fired another volley by announcing new tariffs on $200 billion worth of Chinese goods. His officials claim the decision was a reaction to Chinese efforts to renegotiate parts of the deal that it had previously agreed to. There are concerns that new tariffs could ultimately be imposed on as much as $325 billion worth of Chinese goods.

"We made enormous progress, I think we had a deal that was almost 90% done. China wanted to go backwards on certain things. We’ve stopped negotiating," Mnuchin said.

He added, "In the case of Buenos Aires, we came out of that, we had direction from the two presidents, (Trump) put the increases on hold. The president will make a decision after the meeting." He also said that "I believe if China is willing to move forward on the terms that we were discussing, we’ll have an agreement. If they’re not, we will proceed with tariffs."

Back in 2018, when Trump had threatened China with $100 billion in new tariffs, Salon spoke with Progressive Policy Institute economic Ed Gerwin for his thoughts on the potential economic consequences of a trade war with China.

"Well, the threat has huge potential implications for the American economy, particularly for the agricultural sector," Gerwin told Salon. "Because, as you know, farm prices move based on threats to the global economy, opportunities in the global economy. And all of this saber-rattling with respect to tariffs I think is particularly troublesome for the farm sector. One of the problems is that we are talking about imposing tariffs on products that come from China, that in many instances are made from components from all over the world — the standard example being the iPhone, which really has relatively little Chinese content."

He added, "The Chinese are very smart and what they may do to retaliate instead is to put restrictions and duties on American soybeans. And those soybeans are 100% American. And they will impact the farm sector that is already having very, very serious economic problems totally apart from trade. And that's true for other products as well, but it's in many ways these tariffs are shooting ourselves in the foot and are not really getting after the main issues and problems that we have with China." He added that tariffs would "impact a variety of sectors of the American economy. There are, there have been a range of studies that indicate that hundreds of thousands of jobs, [if] not more, would be lost in sectors that would be impacted negatively by these tariffs."