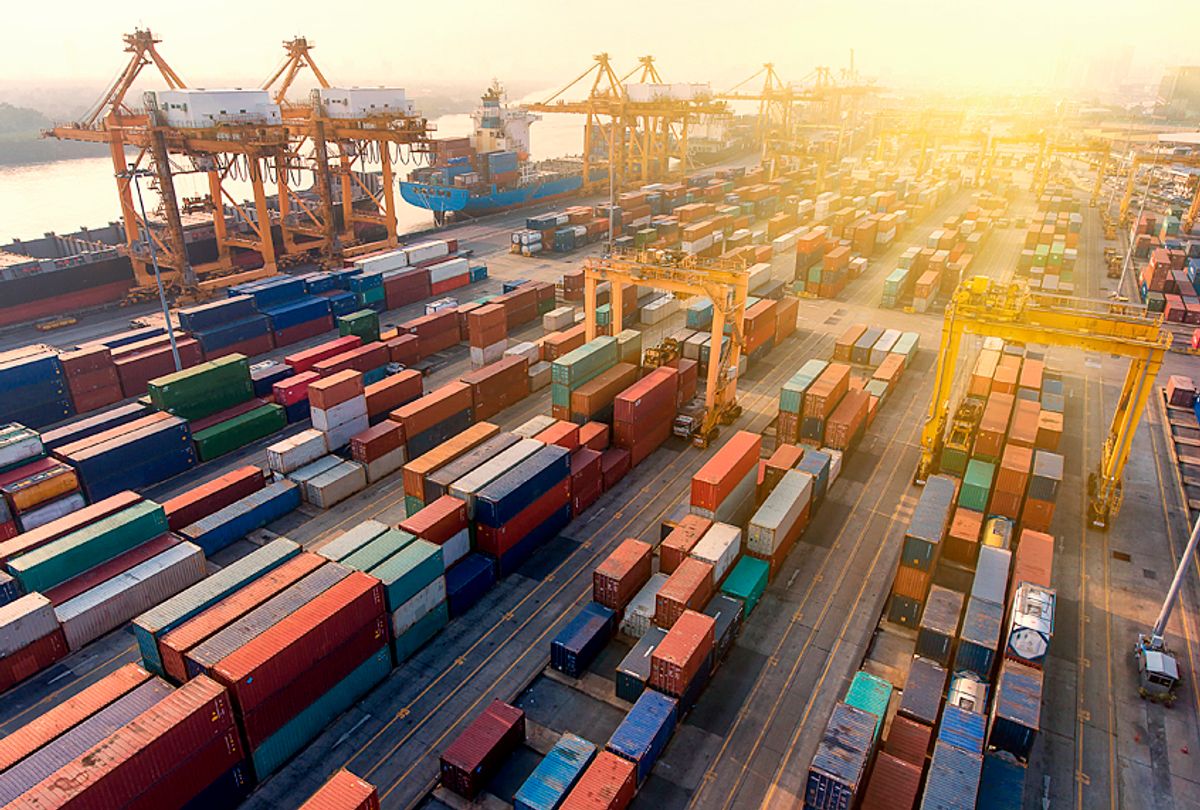 President Donald Trump may have been going rogue when he started down the path to a trade war. According to a recent report by Axios, Trump didn't consult with his advisers before threatening China with $100 billion in new tariffs. The policy experts and top staffers left out of the loop prior to Trump's announcement included National Economic Council Director Larry Kudlow and Trump's chief of staff, John Kelly.

Meanwhile, Trump's Treasury Secretary, Steven Mnuchin, has been criticized for "hiding the ball" — that is, for not informing enough people of Trump's personal request to draft a tariff threat, given the magnitude of the announcement.

After all, Trump isn't just shaking up economic policies in the standard way that presidents have done as America flips from Republican to Democratic control and back again. Regardless of which party is in power, America has been a free trade country for more than 80 years, which means that Trump's infusion of protectionism will inevitably have historic consequences. Ed Gerwin, a senior fellow for trade and global opportunity at the Progressive Policy Institute, spoke with Salon to explore the ramifications of the latest developments on trade policy.

As you know, President Donald Trump has threatened China with $100 billion in new tariffs. What are the potential economic ramifications of that [threat]?

Well, the threat has huge potential implications for the American economy, particularly for the agricultural sector. Because, as you know, farm prices move based on threats to the global economy, opportunities in the global economy. And all of this saber-rattling with respect to tariffs I think is particularly troublesome for the farm sector. One of the problems is that we are talking about imposing tariffs on products that come from China, that in many instances are made from components from all over the world — the standard example being the iPhone, which really has relatively little Chinese content.

The Chinese are very smart and what they may do to retaliate instead is to put restrictions and duties on American soybeans. And those soybeans are 100% American. And they will impact the farm sector that is already having very, very serious economic problems totally apart from trade. And that's true for other products as well, but it's in many ways these tariffs are shooting ourselves in the foot and are not really getting after the main issues and problems that we have with China.

So what would happen if Trump actually implemented these tariffs?

Well, it's going to impact a variety of sectors of the American economy. There are, there have been a range of studies that indicate that hundreds of thousands of jobs, [if] not more, would be lost in sectors that would be impacted negatively by these tariffs. I think what really concerns me is that the president seems to be more than willing to escalate these tariffs. There were initial tariffs imposed with respect to aluminum and steel and now other tariffs that the Chinese have announced, and then the president has announced further tariffs with respect to China's intellectual property violations. And then when the Chinese said they were gonna retaliate against those, the president said, 'Well, let's just throw more tariffs into the mix!'

It's interesting that you brought up the late 1920s and early 1930s, because I know there is a school of economic thought which argues that the Great Depression was either triggered by or at least exacerbated by the protectionist trade policies that were implemented by the three Republican presidents [Warren Harding (1921-1923), Calvin Coolidge (1923-1929), Herbert Hoover (1929-1933)] who followed Woodrow Wilson (1913-1921). Do you subscribe to that school of thought?

I think most economists would tell you that the Great Depression was initially caused by other factors in the economy, but certainly the actions that were taken by Congress and the Smoot-Hawley tariffs exacerbated that great recession. And I think, more importantly, they poisoned the well for global trade for many years. And one of the great accomplishments of the post-World War II era was developing a more rational system of trade that was more rules based that would help to prevent these kinds of tit-for-tat tariff retaliations. And I'm very concerned that what the administration is doing is attacking the very foundations of that post-war, rules-based trade regime, in ways that — That regime has been hugely beneficial to the United States, despite some of the political rhetoric that you hear. And I'm very, very concerned that this kind of non-strategic lashing out when it comes to tariffs is going to end up really harming the United States as much as anyone globally.

When Trump threatened China with $100 billion in new tariffs, he didn't ask for advice from anyone. He didn't deliberate with any of his senior officials: Not Larry Kudlow, not John Kelly, not [Director of Legislative Affairs] Marc Short. And so the question is, do you think there is a personality problem with Trump?

Well I'll leave the personality issue to the psychologists. Let me just say, from a policy and strategic standpoint, I think the president has it all wrong. He has this kind of very, in my mind, basic view that you can use tariffs to compel China to change their behavior. The problem is, there are legitimate concerns that we in the United States have about China's behavior, but most of those have to do with the unfair practices that China has engaged in with respect to trying to seize the industries of the future: Making it harder for American companies to sell high technology products in China, acquiring American technology through acquisitions in illegal means. Those are the kinds of things that are very troublesome with respect to China. And I don't really think that the president fully grasps that threat and instead is using tactics that, in my mind, are much more suited to the 1920s or 1930s, and they didn't even work back then.

So it's not, in my mind, a personality issue. It is very troubling that the president doesn't seem to consult with anybody, but I think the more concerning issue is the fact that the president and his administration [are] going full bore on these tariffs when what we really need is to ally ourselves with like-minded countries whose futures are also being stolen by the Chinese, and trying to come up with concerted things that we can do. So for example, if we were working more in concert with the Europeans, maybe the Chinese couldn't play Boeing off against Airbus, or they couldn't play — if we were cooperating with the Japanese — there are things that we could do in concert to pressure the Chinese much more than any tariffs would pressure them.

You acknowledged that there are legitimate criticisms of current American trade policy. You focused on the ones that exist with China involving intellectual property and playing nations off of each other, but I remember during the 2016 election, both Hillary Clinton and Bernie Sanders discussed labor issues and how there are concerns among people in the American workforce that our trade policies wind up making it easier for companies to export jobs overseas or in other ways work to the disadvantage of our laborers. If a president wanted to effectively address those issues, how would he go about doing so?

Well, in my view, he would have continued with the Trans-Pacific Partnership. Because the Trans-Pacific Partnership had very, very robust labor provisions, and although China was not a member of the TPP, we were in concert with 11 other countries really establishing some very, very strong global markers for what labor standards ought to be in the trade environment. Were they perfect? By no means. No. But we were, through participating in TPP, we were writing some very strong rules for global trade. And had we been able to do that with TPP, and work more in concert with Europe through the T-TIP [Transatlantic Trade and Investment Partnership], we could be establishing global labor standards that would increasingly make China an outlier when it comes to the treatment of labor. That's what we should be doing. We should be working in concert with our allies to raise standards. Unfortunately the president withdrew the United States from TPP, and he can't seemingly get anybody to do a new trade agreement with him that would give us the opportunity to advocate for higher labor standards in the global environment.