"It's quite striking and startling that history is repeating itself — and with vengeance," Dean tells a House panel 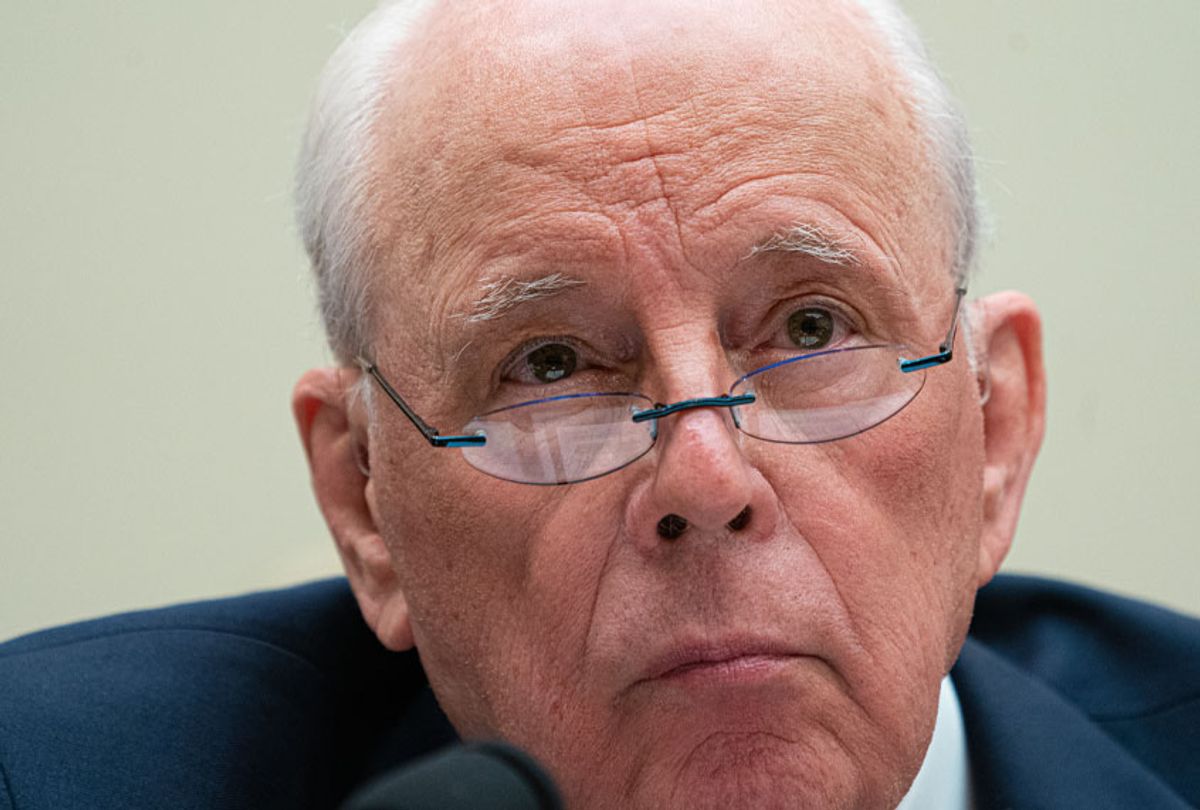 John Dean, one of the most prominent figures in the scandal that ended the presidency of Richard Nixon, returned to Capitol Hill on Monday to help House Democrats draw parallels between Watergate and the Russia investigation.

Dean, the former White House counsel, whose congressional testimony in 1973 is widely believed to have led to former President Richard Nixon's resignation, testified to a congressional panel that he sees parallels between President Donald Trump's actions and those of his former boss.

"It's quite striking and startling that history is repeating itself — and with vengeance — so that's why I've spoken out," Dean told the House Judiciary Committee.

Dean cooperated with investigators during the Watergate investigation in the early 1970s in exchange for a reduced sentence for his involvement in the botched burglary of the Democratic National Committee headquarters at the Watergate office complex and subsequent cover-up by the Nixon administration. He served only four months after being released.

He told the House Judiciary panel Monday that special counsel Robert Mueller's report, which detailed at least ten instances of possible obstruction by the president, is to Trump as the Watergate grand jury report was to Nixon.

"In many ways, the Mueller report is to President Trump what the so-called Watergate 'road map' . . . was to President Richard Nixon," Dean said. "Special counsel Mueller has provided this committee with a road map."

Dean said the House Judiciary Committee serves the important function of "public education" for Americans who likely skimmed over Mueller's 448-page report detailing the former special counsel's nearly two-year investigation into Russian interference in the 2016 election, alleged ties between the Trump campaign and Moscow and whether the president obstructed justice.

The hearing highlighted the problems Democrats face in attempting to draw attention to Mueller's findings, with Trump repeatedly blocking current and former West Wing aides from cooperating with requests for documents and testimony. Unlike Dean, who eventually turned on Nixon and testified in the 1970s, Trump's former White House counsel Don McGahn has refused to appear before the panel, because the White House directed him not to do so. Dean on Monday called on McGahn to testify before the House Judiciary Committee,.

Trump had blasted House Democrats earlier Monday for inviting Dean to appear before the panel.

"Can't believe they are bringing in John Dean, the disgraced Nixon White House Counsel who is a paid CNN contributor," the president tweeted. "No Collusion - No Obstruction! Democrats just want a do-over which they'll never get!"

Trump denied there were any similarities between himself and Nixon, who resigned in 1974 before Congress could impeach him.

"You can't impeach somebody when there's never been a thing done wrong," the president said in impromptu remarks to reporters at the White House Monday. "When you look at past impeachments, whether it was President Clinton, or I guess, President Nixon never got there. He left. I don't leave. There's a big difference. I don't leave."

"John Dean's been a loser for many years," Trump added.

Republicans on the House Judiciary Committee also mocked Democrats for bringing in Dean.

"Here we sit today in a hearing with the ghost of Christmas past, because the chairman of the committee has gone to the speaker of the House and sought permission to open an impeachment inquiry and she said no," said Rep. Matt Gaetz, R-Fla.

Gaetz also asked Dean how much he earned as a paid CNN contributor. Dean declined to say. He then took aim at Dean for comparing other presidents to Nixon.

"Throughout history, you accuse presidents of acting like Richard Nixon and you make money off of it, right?" Gaetz charged, alleging that Dean has made a "cottage industry" of comparing presidents to Nixon.

"Those who do act like him, I point it out," Dean responded. (In 2004, Dean published "Worse than Watergate,"a book about former President George W. Bush's administration.)

In his opening remarks, Dean said the last time he appeared before the House Judiciary Committee was July 11, 1974. Seven of the committee's 41 members were not born at the time, including Gaetz, who told Dean, "You sit before us here with no knowledge of a single fact of the Mueller report on a hearing entitled, 'Lessons of the Mueller Report.'"

"If I was assessing that evidence as to a person other than a sitting president, the facts contained in [the Mueller] report would be sufficient to prove all of the elements necessary to charge multiple counts of obstruction of justice," said Vance, the first female U.S. attorney nominated by former President Barack Obama. "I would be willing to personally indict the case and to try the case. I would have confidence that the evidence is sufficient to gain a guilty verdict and win on appeal."