"It’s not a fun or politically popular position to take," the freshman congresswoman said in a series of tweets 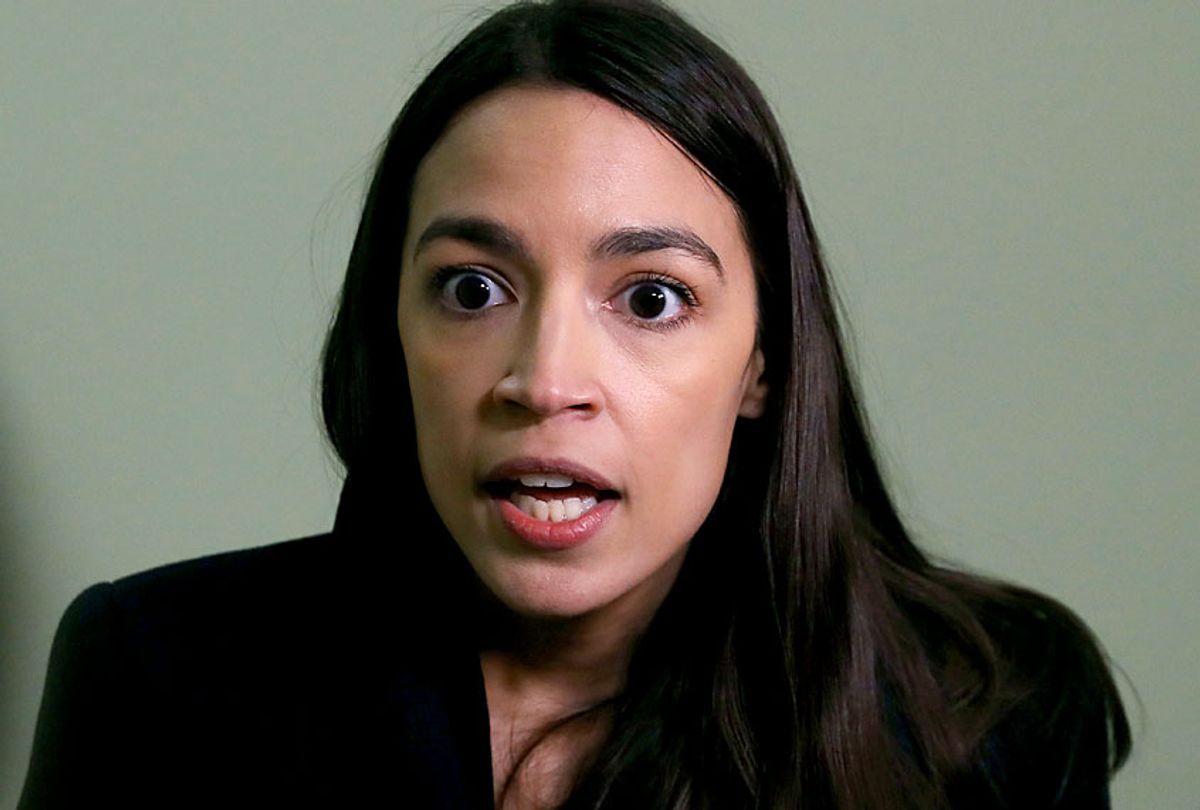 Rep. Alexandria Ocasio-Cortez, D-N.Y., posted a series of tweets Tuesday explaining why she believes a cost-of-living increase for members of Congress would bring about meaningful campaign finance reform.

In a pair of subsequent tweets, the freshman congresswoman continued, "What this does is punish members who rely on a straight salary, and reward those who rely on money loopholes and other forms of self-dealing. For example, it incentivizes the horrible kinds of legislative looting we saw in the GOP tax scam bill."

Ocasio-Cortez then connected her argument to the larger ideals of democratic socialism.

"In democratically socialist businesses (like worker co-ops) or methods (like collective bargaining) you actually CAN vote for a worker pay increase. Many do! We can’t pass these laws bc of big money. This is how you chip at it. Like I said, it’s not popular but I’m being 100."

Ocasio-Cortez has emerged as a rising star in the Democratic Party in the wake of her upset victory over Rep. Joseph Crowley in a New York congressional primary last year. Although she is too young to run for president in 2020, she has emerged as a leading national voice among progressives, with her thoughts on issues widely sought after. She has also let it be known that she hopes that her party moves in a more progressive direction in its 2020 presidential primaries.

Last month, Ocasio-Cortez told reporters that she was "entertaining" the idea of supporting either Sen. Bernie Sanders of Vermont or Sen. Elizabeth Warren of Massachusetts for the nomination, explaining that "what I'd like to see in a presidential candidate is one that has a coherent worldview and logic from which all these policy proposals are coming forward. I think Sen. Sanders has that. I also think Sen. Warren has that."

In April, although she claimed that she "truly" does not have a preference for her party's nomination yet. However, she acknowledged that idea of that nominee being former Vice President Joe Biden did "not particularly animate me right now."

"I can understand why people would be excited by that — this idea that we can go back to the good old days with Obama, with Obama’s vice president," she said at the time. "There’s an emotional element to that, but I don’t want to go back. I want to go forward."

More recently, Ocasio-Cortez said that moderate Maryland Rep. John Delaney, D-Md., should "please sashay away" from the crowded field because of his opposition to Medicare-for-All.