"Instead of obsessing over who‘s a 'frontrunner,' maybe we can start w some general eliminations," AOC tweeted 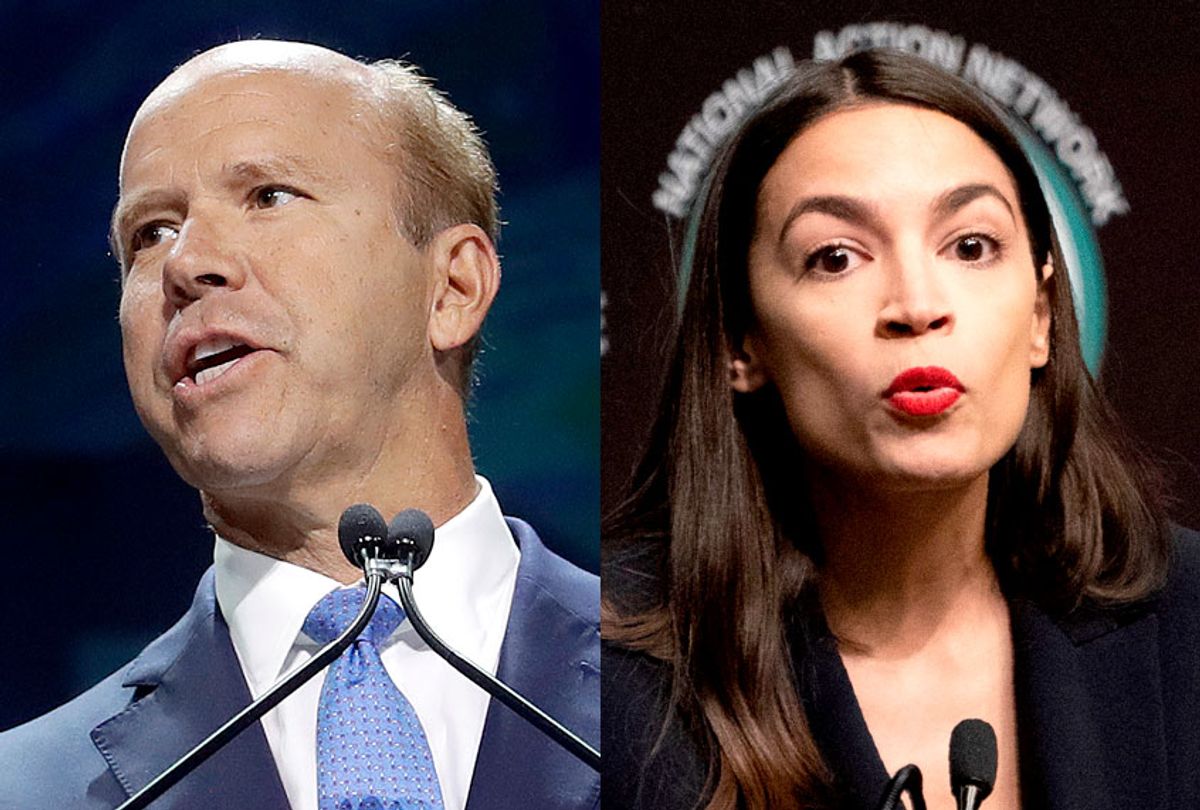 Rep. Alexandria Ocasio-Cortez, D-N.Y., has been blunt in her assessment of Rep. John Delaney, D-Md.: If the Democratic presidential candidate is not going to support Medicare for All, he needs to "please sashay away."

In an initial tweet responding to the reaction against Delaney, Ocasio-Cortez wrote that "since there’s so many people running for President (& not enough for Senate), instead of obsessing over who‘s a 'frontrunner,' maybe we can start w some general eliminations. This awful, untrue line got boo’ed for a full minute. John Delaney, thank you but please sashay away."

She added in a follow up tweet, "✓Medicare for All IS sound policy - one may disagree w/ it, but plenty of other countries have single payer + better outcomes than the US ✓ M4A IS good politics - it polls VERY well in swing states ✓ 'Third-Way' (aka lobbyist-backed Dems) WILL lose the presidency to Trump."

When speaking to Salon earlier this year, Delaney avoided the label of "moderate." instead, he sought to characterize himself as a pragmatic problem-solver.

"Some people call me a moderate, some people call me a progressive," Delaney told Salon. "In truth, what I’ve worked on in the Congress and always — going to presidential campaigns — are these big, bold progressive ideas. But uniquely, I saw a pathway for getting this done, which is what I think the American people are looking for. I’m a Democrat in that I work towards progressive things, but I also am laser-like focused in my desire to actually get things done and not just talk about it."

He added, "A good example is climate. I think dealing with climate change should be a centerpiece of any campaign in the 2020 election cycle. Yet I’m the only one with a bipartisan carbon tax bill. It’s a really good example, kind of in micro, of how I work to achieve some really progressive goals like addressing climate change. But I actually show the American people how we can make progress against these things, as opposed to them just becoming these enduring talking points that Democrats talk about all the time."

Delaney also argued that he would be well-equipped to compete against Trump in the general election.