The return of the pragmatic progressive: John Delaney makes the case for moderation in 2020 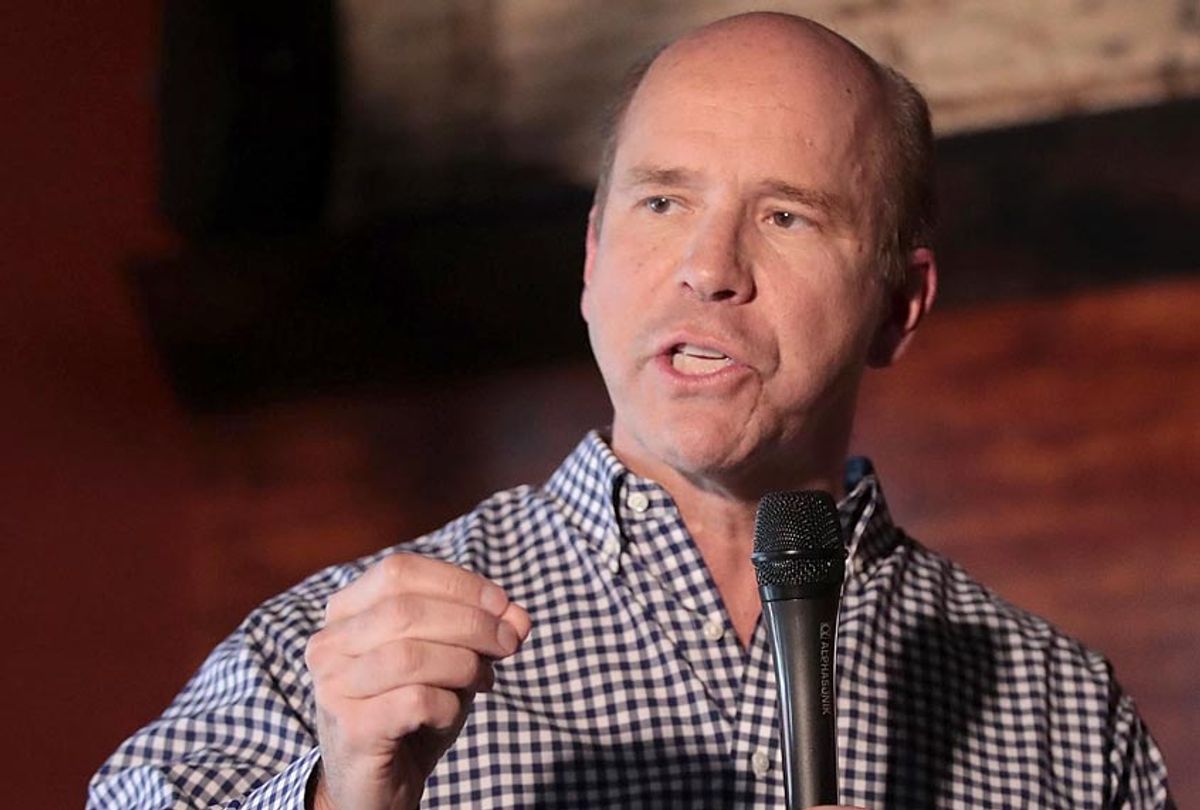 In addition to being the first Democrat to declare his presidential candidacy in the 2020 cycle, former Maryland congressman John Delaney has distinguished himself as a proud moderate in a field that has shifted to the left. Most recently, he criticized the Democratic National Committee's decision to not allow Fox to host debates and for openly denouncing socialism in favor of capitalism.

Salon reached out to Delaney to learn more about his candidacy.

I would like to start by discussing your reputation as a moderate. At a time when the Democratic Party seems to be moving toward the left, how do you plan on running a viable presidential campaign especially when there are so many other people claiming to be either moderate or liberal and jostling for those mantles?

Some people call me a moderate, some people call me a progressive. In truth, what I’ve worked on in the Congress and always -- going to presidential campaigns -- are these big, bold progressive ideas. But uniquely, I saw a pathway for getting this done, which is what I think the American people are looking for. I’m a Democrat in that I work towards progressive things, but I also am laser-like focused in my desire to actually get things done and not just talk about it.

A good example is climate. I think dealing with climate change should be a centerpiece of any campaign in the 2020 election cycle. Yet I’m the only one with a bipartisan carbon tax bill. It’s a really good example, kind of in micro, of how I work to achieve some really progressive goals like addressing climate change. But I actually show the American people how we can make progress against these things, as opposed to them just becoming these enduring talking points that Democrats talk about all the time.

Now most of the people who have been elected president with political rather than military experience were either senators or governors. You would be only the second person ever elected to the presidency directly from the House of Representatives, and the other one, James Garfield, had been elected 140 years earlier. How does that distinguish you from previous presidents, many of whom were able to get things done because of their experiences in the Senate and as governors, like Lyndon Johnson and Franklin Roosevelt?

Yeah. I think I’ve got a very unique background, and it will probably be the most unique of anyone running for president. I’m a blue-collar kid who went on to become a successful entrepreneur. I was the youngest CEO in the history of the New York Stock Exchange. Now I’ve served my country for six years in the House of Representatives. That’s a resume of kind of accomplishments, of getting things done, and I think it’s what the American people are
looking for.

The one thing that I do find interesting, when I go to Iowa or New Hampshire, and I’ve done about 300 events in those two states, I’ve never gotten a question as to whether House versus Senate or Governor in terms of my qualifications for running for president. Yet in pretty much every media interview I ever do, I get this exact question. I don’t mean anything by that other than to say I’m not sure it’s something that voters care about. I think it’s something that the kind of "inside the Beltway" crowd cares a lot about.

What do you think the Democratic Party can do in 2020 to make sure that in a sense there are no front runners, everyone has an equal shot and the candidate who best speaks to the voters wins?

I think [DNC Chair] Tom Perez has taken a good step in that direction with the rules he’s outlined for the first several debates.

Is there anything else, or you think that alone will suffice?

I think at the end of the day, the Democratic Party if you will, their only role in primaries should be organizing debates, period. I think if the Democratic Party is doing its job, it is not getting in the middle of the primary, it’s not putting its thumb on the scale, and it’s organizing debates that are on the level. Again, I think the only thing that I’ve seen Chair Perez do, he’s a very honorable man by the way, is put forth a debate schedule, and that seems to be the only thing he’s focused on in terms of the primary, and I think he’s right about that.

You mentioned global warming as one of the issues that would be very important to you in the election, and you also said that you suspect it will be an important issue for other candidates. What issues are you going to focus on that would distinguish you from other candidates? In addition to you being very pragmatic about actually getting legislation passed.

To some extent, I think that is the point, right, which is I consider myself a pragmatic idealist. Which is I want to do big things, but I actually want to get them done now because the story of this country over the last several decades has been our failure to respond to rapid change.

What I think distinguishes me from the other candidates, and it’s probably the entrepreneur in me, because I did spend most of my career as a successful entrepreneur, I’m very much focused on where things are going and making sure I’m preparing people for those changes.

Right now, for example, if you look at where the world is going and how technology and artificial intelligence are fundamentally reshaping every aspect of our society, our economy, work, our security risks, I think I’m the only candidate who is actually really talking about that. Therefore, I think I’m the only candidate that really looks at what’s had to go in the last several decades, a tremendous amount of dislocation economically, and the tremendous amount of economic inequality and disparity that’s been plaguing this country, and actually has a real theory as to why it’s happened. That is because we didn’t do the basic things to help in education, in tax policy, to prepare our citizens for.

Last year in this country, 80 percent of the venture capital went to only 50 counties. So we have allowed an economic model to evolve with an enormous concentration of economic opportunity in a relatively small number of places, and we should have known this was going to happen. We’ve watched it happen for decades, but political parties have been too busy fighting about it. My campaign is not about moving the goal post to make it even
harder to get things done, which is what I fear some of my opponents are actually going to try to do. But my campaign is about actually getting real things done that have broad support among the American people and being the kind of leader that can absolutely drive that kind of change.

Okay. You have answered my questions very thoroughly. I just have one remaining question, which is imagining yourself facing off against Donald Trump, who is, to say the least, a man willing to stoop to any low when it comes to attacking his opponents. I think one of the challenges any Democratic nominee is going to have is finding that line between being pugnacious and fighting back without lowering one’s own dignity in the process, if that makes sense.

How do you plan on dealing with that?

The best way to run against Donald Trump is to tell a better story about what this country and our people can be in the future. Which is not what he’s just told the people, he basically tells the American people how bad it was, right? I have a fundamentally different view.