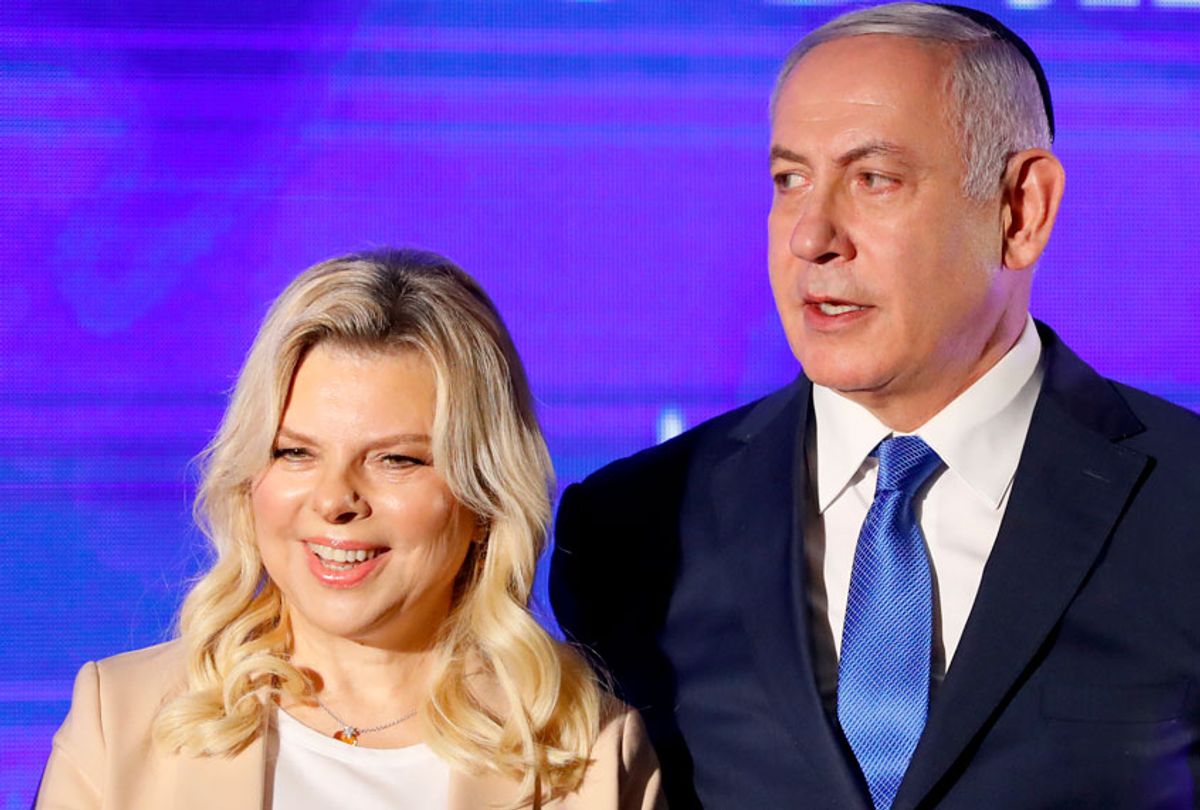 Sara Netanyahu, the wife of Israeli Prime Minister Benjamin Netanyahu, has accepted a plea bargain in regard to accusations that she misused roughly $100,000 in public funds.

Netanyahu was accused by prosecutors of concealing that a cook was on the government payroll in order to charge the Israeli state for hundreds of catered meals from expensive restaurants between 2010 and 2013, according to The New York Times. While they initially estimated that she had done this with almost $100,000 in state funds, prosecutors cut a deal with the Israeli prime minister's wife that halved the accused charge of misuse, to roughly $50,000. Netanyahu pled to trickery, a lesser charge that in her case means that she deliberately took advantage of another individual's error. The consequence of her plea deal is that she will need to pay roughly $12,500 in restitution and roughly $2,800 in fines.

In addition to the catering case, Netanyahu is also mired in a lawsuit filed by a former housecleaner named Shira Raban. Raban says that Netanyahu mistreated and insulted her constantly during the month in 2017 when she worked there and is asking for $63,000 in damages. Netanyahu's lawyer is waving off the claim, stating that Raban is being dishonest for the sake of money.

Netanyahu has previously been accused of inappropriate behavior in her role as the prime minister's wife. Last year an audio recording surfaced which seemed to show her screaming at an aide over a newspaper blurb that did not mention her background as a professional psychologist who serves the public, according to NPR.

Israeli Prime Minister Benjamin Netanyahu is also dealing with his share of scandals. He has been accused of bribery, fraud and breach of trust, accusations that did not ultimately prevent him from being reelected to an unprecedented fifth term in April. In order to avoid legal consequences, Netanyahu has pushed for an immunity bill that would protect him while he remains in office. The prime minister obtained the support of his ultra-Orthodox coalition for that bill in return for policy concessions; if reelected, the bill is expected to pass.

Yet Netanyahu's ability to serve a fifth term was called into question last month when Avigdor Lieberman, the leader of the Yisrael Beiteinu party, demanded that ultra-Orthodox Jewish men be required to serve in the military — even though they claim they should be exempt because of their religious beliefs. In order to be reelected as prime minister, Netanyahu needed 61 votes in the Knesset, and Lieberman's ability to command 5 of those votes was just enough to deny Netanyahu his majority, as he had only received 65 Knesset votes in the April elections compared to 55 for his main opponent, Benny Gantz.

Netanyahu has a close relationship with President Donald Trump, and even touted their bond during his reelection campaign earlier this year.