As deficit skyrockets, author of GOP tax bill admits cuts may not pay for themselves

Rep. Kevin Brady, who wrote the Republican tax bill of 2017, admits it's "hard to know" whether cuts will work 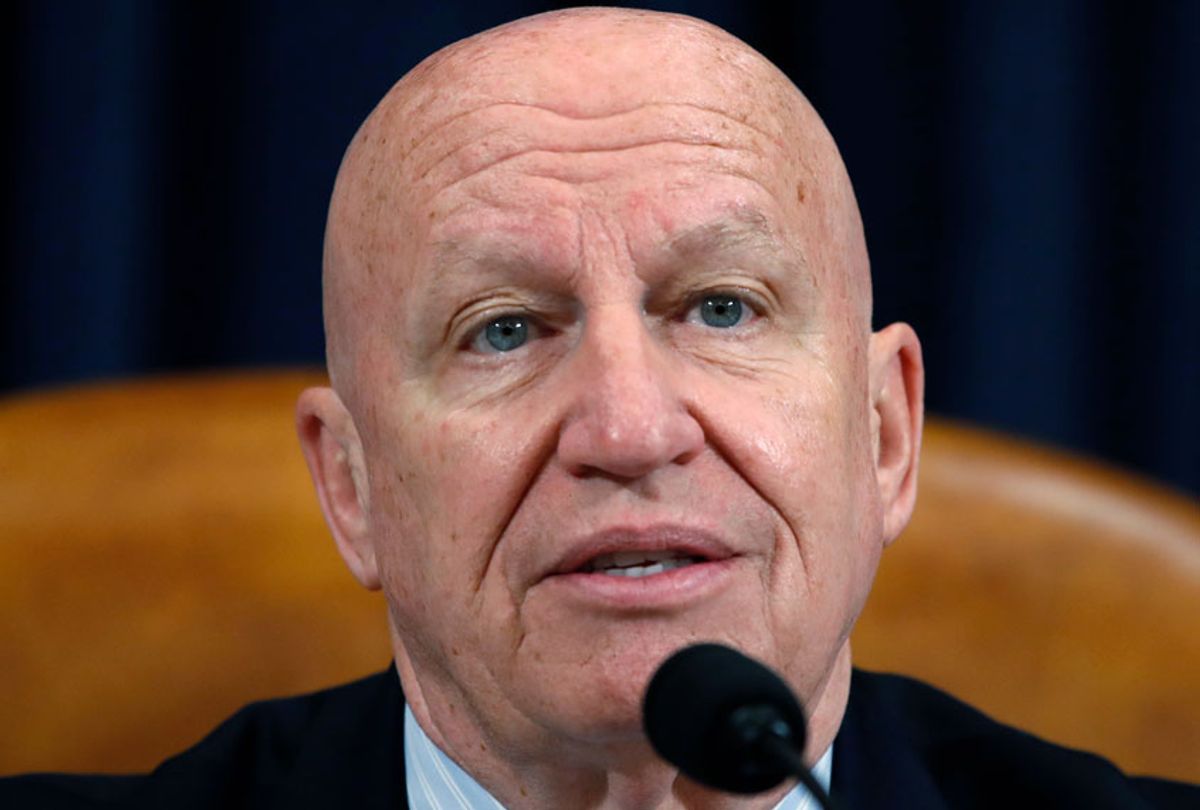 The lead architect of the 2017 Republican tax law contradicted his party’s repeated promises that the tax cuts would pay for themselves.

Rep. Kevin Brady, R-Texas, the former chairman of the House Ways and Means and taxation committees, admitted that it was “hard to know” how much of the cuts were fully paid for at the Peterson Foundation’s annual Fiscal Summit in Washington.

“We will know in year eight, nine or 10 what revenues it brought in to the government over time. So it’s way too early to tell,” Brady said.

The Congressional Budget Office estimated that the cost of the tax cuts is around $1.9 trillion, even when taking into account additional growth.

Brady insisted that even if they do not pay for themselves, the tax cuts were a good investment.

“I don’t think anything could have been worse for the deficit than to stick with the old economy and stick with the tax code that was so outdated,” he said.

Though the federal deficit usually decreases during strong economic times, the deficit is already up nearly 40 percent this fiscal year, according to a CBO report. The deficit is up more than 80 percent this fiscal year over the same time period in 2016, before Trump’s election. Although GDP growth is up about 0.7 percent from last year, economists expect future growth to be much lower than the White House estimates, the Washington Post reported.

Spending was up $255 billion during the first eight months of the fiscal year, according to the CBO, but federal revenues increased by less than $50 billion. Most of that revenue came from tariffs, which are a tax hike on American consumers, and increased payroll taxes, which were not included in the tax bill. While corporations are paying less taxes than ever, individual tax cuts have largely been negated by the rate of inflation. President Trump’s ongoing trade war with China and other countries could wipe out what little savings individual taxpayers received from the law, the New York Times reported.

“Anybody who tells you the fact the tax cuts are going to pay for themselves, it’s not true. It’s nonsense. You can use the full words of BS,” House Speaker Nancy Pelosi said at the Fiscal Summit after Brady’s appearance.

While the tax cut may not pay for itself, the rest of the Trump and Republican economic agenda has fallen flat. A survey of American manufacturers found that May was the worst month for the industry since the recession more than a decade earlier. Yields on Treasury bonds are falling as investors fear an economic downturn. Analysts at JP Morgan and Barclays predict that the Federal Reserve will need to take “drastic action” and cut interest rates two or three times to “prop up” the economy, the Post reported.

Nobel-winning economist Paul Krugman wrote on Twitter that it was no surprise the tax cuts fell flat since the Republicans have played this game for decades.

“No idea in economics has been as thoroughly tested — and as completely rejected — as the notion that tax cuts pay for themselves,” he wrote. “The reason it has been tested so much is that Republicans keep insisting that it's true, and base policy on the claim. Then, when it fails — which it has done again and again, from Bush to Trump, from DC to Kansas — they pretend not to notice, and do it all over again.”