More from the Chronicles of TrumpLandia: Heartbroken fans still love their hero

A new classic in a tired genre: A Trump voter's wife is deported, but he still can't give up his MAGA dreams 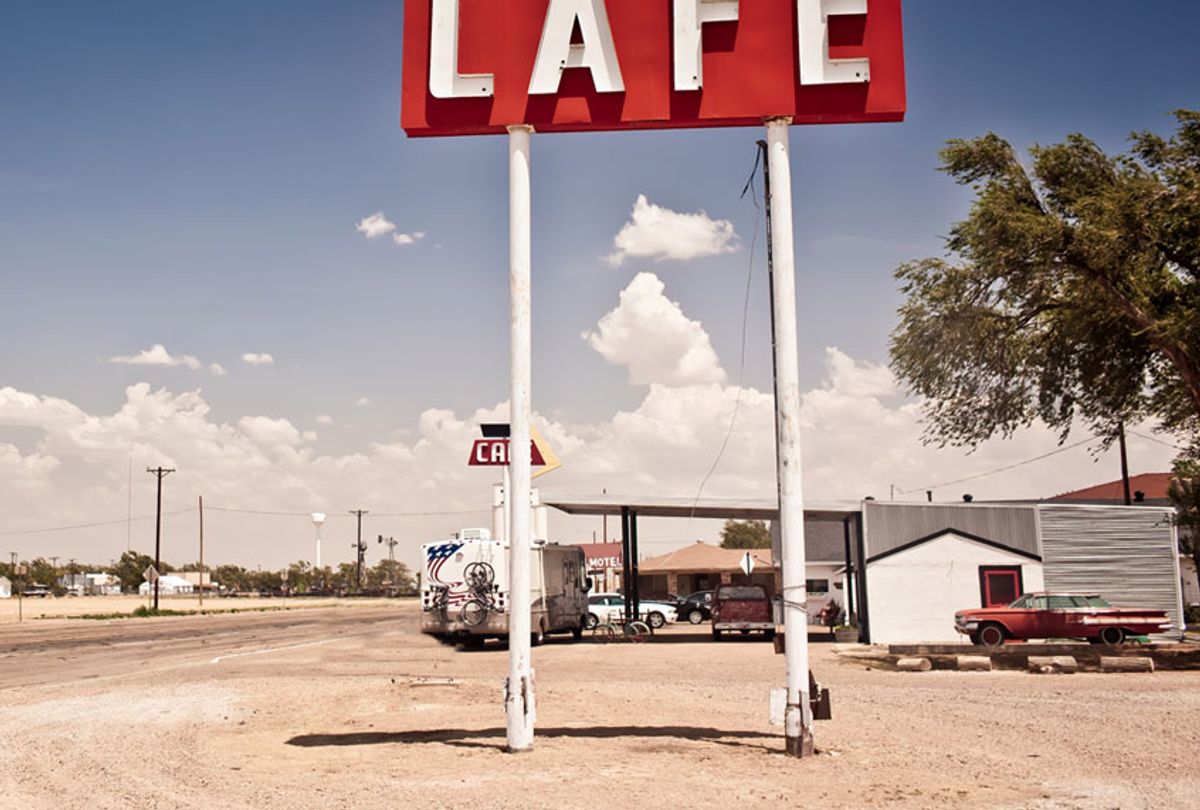 The Chronicles of TrumpLandia continue. An entire subgenre of writing now exists in which intrepid reporters and other observers venture out into the hinterlands of Trump-loving America. There are interviews with "white working class" Trump voters at diners, schools or town halls, most often in the dying or declining downtowns of Rust Belt America. These scouts and amateur anthropologists for the news media speak to truck drivers, farmers, motorcyclists, veterans, coal miners and steel workers.

As the 2020 presidential election approaches there are few if any signs that these dispatches from TrumpLandia will cease. Quite the contrary: they will be delivered at a fast and furious pace.

In a recent essay at the Daily Kos, journalist and commentator Eric Boehlert (once a reporter and columnist for Salon) summarizes the genre as "a way for the allegedly liberal media to signal to conservatives that it’s willing to present them in a flattering light — over and over and over." He continues:

And yes, the entire Trump-voter newsbeat was invented out of whole cloth. During President Barack Obama’s first term, newsrooms weren't fanning out to Atlanta and Chicago and Los Angeles to stock up on quotes from black voters who loved the new president. Back then, what Obama voters thought of the new president simply wasn’t considered to be newsworthy by the political press. Yet today, what Trump voters think of Trump has been deemed wildly important, and is covered relentlessly. Specifically, the media continues to almost blindly obsess over white men losing manufacturing jobs, which is an employment trend that has been unfolding in the United States for close to half a century now. It's a painful process, for sure, but it's not new.

There will always be a new attraction added to this political human zoo.

One of the newest twists in the ongoing Chronicles of TrumpLandia are stories about white Trump voters whose family members, friends or neighbors have been detained or deported because of their immigration status. These stories follow a script: A "white working class" American decides to vote for Trump, believing that Trump's policies will only hurt "bad people" or "cheaters," and of course never people like them. Then the cruelty of the Trump regime hits home and they must reconcile their love for the Great Leader with the pain he is causing in their lives.

The Trumpist at the center of this narrative is almost always shocked and amazed that Donald Trump is doing exactly what he promised: Inflicting gratuitous cruelty on nonwhites and other groups he deems to be less than fully "American." In the most compelling version of these stories there is some other form of suffering caused by Trump's policies, which in turn creates even more drama and pathos in the narrative.

A recent story in the Los Angeles Times, headlined "He voted for Trump. Now he and his wife raise their son from opposite sides of the border" offers a prime example. It concerns a married couple, Jason Rochester and Cecilia Gonzalez, who have a six-year-old son and now must live on opposite sides of the U.S.-Mexico border. Rochester is a U.S. citizen; Gonzalez is not.

Like so many separated families, the couple have experienced the years of Trump’s presidency as a grim journey of restless nights and tearful goodbyes. But unlike many in their predicament, Jason voted for Trump.

He knew Trump planned to get tough on immigration — building a wall and deporting drug dealers, rapists and killers. He never imagined anyone would consider his sweet stay-at-home wife a “bad hombre.”.... Jason had faith that the Trump administration would distinguish between good and bad immigrants. Cecilia had never even gotten a traffic ticket.

“In my mind, bad hombres were people who did bad things,” he said. “We figured that he was going to get rid of the people we didn’t want.”

So he voted for Trump, assuring himself and his wife that the ultimate decision was in God’s hands.

You know how the story goes from there. Shortly after his inauguration, Trump signed an executive order authorizing ICE to go after almost any of the 11 million undocumented immigrants in the U.S., whether or not they had criminal records. Cecilia Gonzalez was eventually arrested and deported.

Beyond providing a wrenching human interest story for the age of Trump, what does this dispatch from TrumpLandia reveal about the president's movement?

The Trump political cult is a product of many things, including racism, nativism, social dominance behavior, death anxiety, malignant sexism, anti-intellectualism, Christian nationalism, political sadism, white privilege, the individually cathartic and identity-reinforcing power of violence, a decline in civic literacy, a failing educational system, economic inequality, a society drunk on spectacle and distraction, a social democracy under siege, and an irrational lust for revenge. Trumpism in action is right-wing authoritarianism unleashed in its crudest form.

After several years of these Chronicles of TrumpLandia, what is left to learn about its white denizens? Why do so many journalists (and, apparently, so many readers) so compelled towards such stories?

Beyond the modest financial incentives, stories about "white working class" Trump supporters — a problematic construct, given the evidence that it is racism, more than "economic anxiety," motivates such voters — are relatively easy to write. They do not require any examination of broader systemic inequality and other deep failings in American society. Moreover, an obsession with "working-class" Trump supporters deflects attention away from the more affluent white voters of the middle class and upper class who also supported him office. Focusing on relatively disadvantaged voters far from the coasts is a type of political punching-down against easy targets.

In the same essay at the Daily Kos, Boehlert adds an additional explanation: "It's true that most political journalists never saw Trump's 2016 victory coming. Ever since then, they've been trying to make up for that oversight by relentlessly focusing on hardcore Trump supporters, and specifically those who live in the Midwest. But it’s past time to break that obsession and take the temperature of the rest of the country."

At the end of these dispatches from TrumpLandia the reader is usually left with the impression — either explicitly stated or implied by the story — that these "white working class" voters have seen the light, or soon will, and are likely to vote against Trump in the 2020 election. The Los Angeles Times' recent foray into the genre follows this rule:

[Rochester] probably wouldn’t vote for Trump again, he said. Still, he isn’t really sure that he made a mistake.

Sometimes he feels stupid or duped or betrayed. But then he thinks back to how he didn’t vote for himself personally but for the greater good — for what he sees as the “noble” cause of outlawing abortion.

It is true that Trump's support is softening among some of his supporters in key battleground states such as Michigan, Ohio and Pennsylvania. But this is a temporary fact of the moment: when it is time to vote in 2020 most of these people will likely come back to their natural home with Trump and the Republican Party. White identity politics and racism, once aroused, are not easily smothered. To believe otherwise is to inhale toxic political swamp gas.

As reporters and other observers wander through TrumpLandia, searching for new insights into the strange tribe that lives there, they should meditate upon the warning of psychoanalyst Wilhelm Reich, who drew these conclusions about the rise of Nazism and other authoritarian movements:

It was one of the greatest errors in evaluating dictatorship to say that the dictator forces himself on society against its own will. In reality, every dictator in history was nothing but the accentuation of already existing state ideas which he had only to exaggerate in order to gain power.

It might also be useful to consider this famous maxim from Hannah Arendt's "The Origins of Totalitarianism":

Despite what they may tell reporters now, Donald Trump's voters will not abandon him when Election Day 2020 rolls around. The Chronicles of TrumpLandia are built on false hope. To communicate that harsh truth would frustrate readers' expectations of a redemptive happy ending, and this is not permitted.