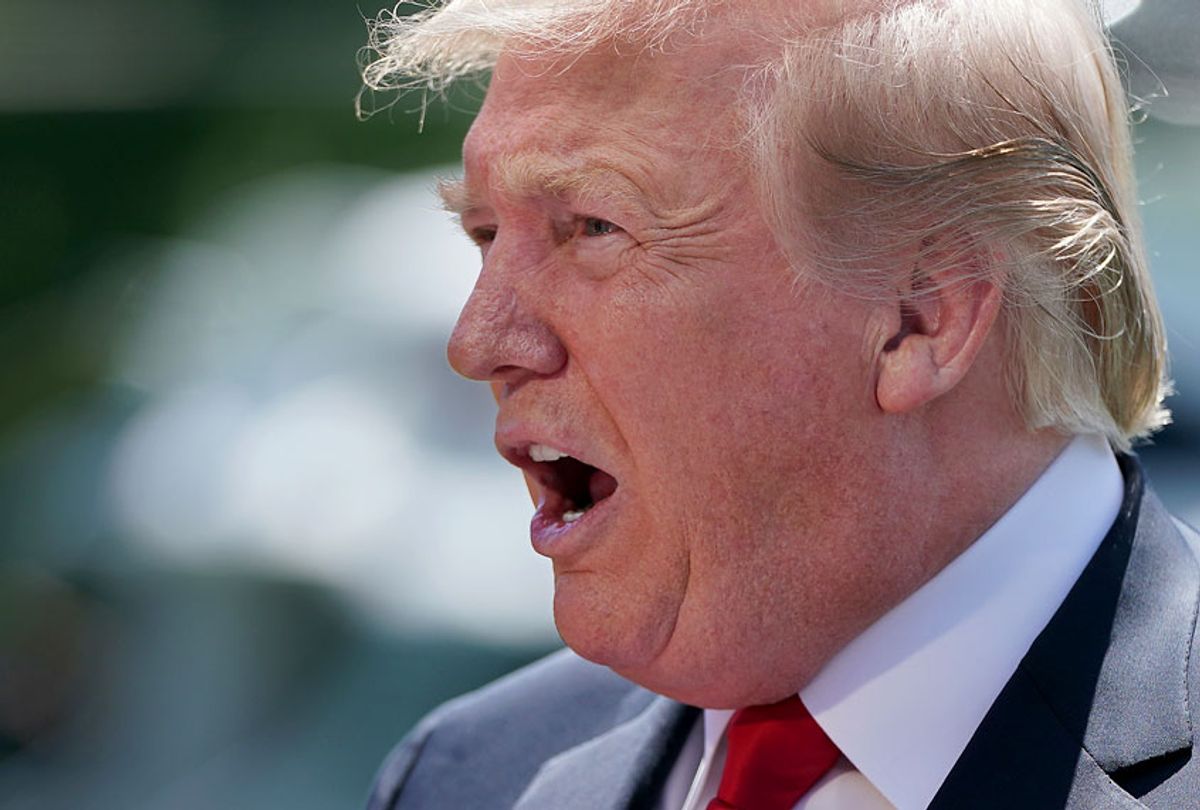 President Donald Trump told ABC News chief anchor George Stephanopoulos Wednesday that he would "take" information about a political opponent if it was offered to him by a foreign government.

When Stephanopoulos asked Trump if he would accept dirt on his 2020 rivals from a foreign government or inform the FBI once it was offered to him, Trump responded, "I think, maybe, you do both."

He added, "I think you might want to listen. There isn't anything wrong with listening. If somebody called from a country — Norway, [and said,] ‘We have information on your opponent' — oh, I think I'd want to hear it."

The statement was remarkable, given how the president has repeatedly denied allegations that his campaign colluded with the Russia in order to influence the outcome of the 2016 presidential election. In Wednesday's interview, Trump refuted the notion that accepting damaging material about an opponent from a foreign government constituted allowing that country to interfere in America's election process.

"But when somebody comes up with 'oppo research,' right? They come up with oppo research. 'Oh, let's call the FBI.' The FBI doesn't have enough agents to take care of it," he continued. "When you go and talk, honestly, to congressman — they all do it. They always have, and that's the way it is. It's called 'oppo research.'"

The president also defended his eldest son, Donald Trump Jr., who has been the target of intense scrutiny after agreeing to meet with a Kremlin-connected lawyer during the 2016 campaign in order to obtain dirt on his Democratic rival Hillary Clinton.

"Somebody comes up and says, ‘Hey, I have information on your opponent.' Do you call the FBI?" Trump asked Stephanopoulos.

He added, "I'll tell you what, I've seen a lot of things over my life. I don't think in my whole life I've ever called the FBI — in my whole life. You don't call the FBI. You throw somebody out of your office. You do whatever you do. Oh, give me a break. Life doesn't work that way."

In June 2016, British publicist Rob Goldstone sent a letter to Don Jr. telling him that the crown prosecutor of Russia had met with a mutual connection and "offered to provide the Trump campaign with some official documents and information that would incriminate Hillary [Clinton] and her dealings with Russia and would be very useful to your father."

In that same email, Goldstone referred to "Russia and its government’s support for Mr Trump," a characterization that Don Jr. did not dispute. Instead, he replied, "If it’s what you say, I love it."

Don Jr. later told Goldstone that the meeting would likely be attended by "Paul Manafort (campaign boss) my brother in law [Jared Kushner] and me."

The eldest Trump son has maintained that nothing of value was gleaned from the meeting and that he was been "agitated" by it.