When Americans were communists

For a brief moment in the 20th century, communists were at the forefront of fights for justice and equality 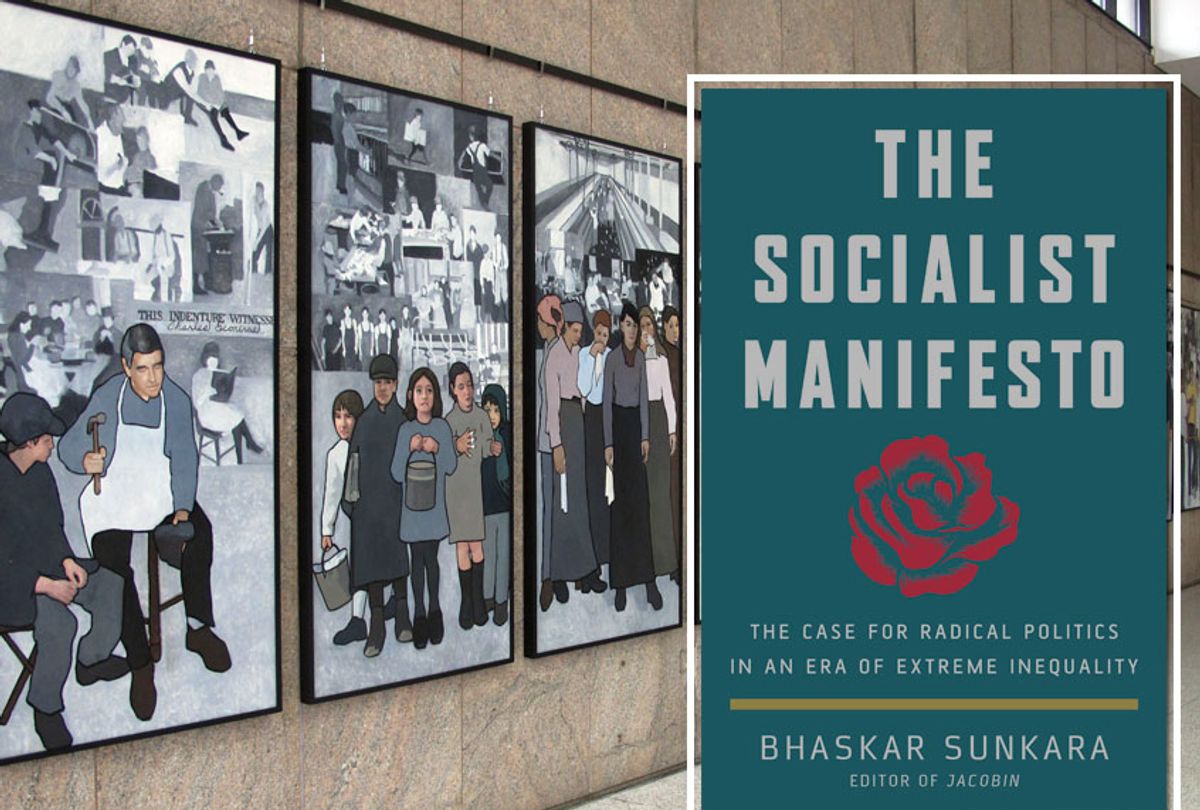 The first few years of American communism were hardly glorious. It was an alien tradition besieged by the US state, clustered in ethnic enclaves, and shot through with division. When the Communist Party USA was formed in 1919 only a handful of its members were native English speakers. That year, the Communists were so far to the left that, amid the most important strike wave in US history, they denounced left-wing trade unionists like their future leader William Z. Foster. Without a base in the labor movement the Communists made pronouncements such as, “The revolution is the real issue in the steel strike,” and called for “the destruction of existing trade union organizations.”

Not surprisingly, few actual workers agreed that the American Federation of Labor was “an instrument of the capitalists for the exploitation of the workers.” Even between 1928 and 1932, those great years of capitalist crisis, the party’s membership dropped from 24,000 to 6,000 members.

In the 1930s, with the rise of Hitler, the international Communist movement took a different tact. Starting in 1934, the party played a crucial role in the struggles that gave birth to the Congress of Industrial Organizations (CIO).

CIO founder John L. Lewis was a United Mine Worker (UMW) leader and former business unionist. Having seen that approach go nowhere during the Depression, he chose a more militant one, pushing for organizing mass production workers along industrial lines. Losing a battle to win the AFL leadership over to this strategy, the UMW and nine other unions were cast out of the federation in 1936. Together they formed the CIO, which had a mobilized rank and file but needed more trained organizers. Lewis found these in his former Socialist and Communist foes: perhaps a third of the CIO’s staff were CPUSA members. When questioned about this, Lewis replied: “Who gets the bird? The hunter or the dog?”

But the Communists feasted as well. The Comintern inaugurated a Popular Front across the West, comprised not just of working-class parties but also middle-class reformers. No party adopted the concept more eagerly than the Communist Party USA under leader Earl Browder. The party named its educational efforts after Thomas Jefferson—more appropriately, Abraham Lincoln, Frederick Douglass, and Thomas Paine were other touchstones. It proclaimed that “Communism Is 20st Century Americanism.” When a Daughters of the American Revolution chapter neglected to do its annual commemoration of Paul Revere’s famous ride, the Young Communist League hired a rider, dressed him up like a Minuteman, and had him gallop down Broadway with a sign reading “The DAR forgets, but the YCL remembers.”

Less ridiculously, beyond its key role in trade union organizing, the party engaged with New Deal sentiments and ideas, and shaped a broader left-liberal movement through its front groups such as the National Negro Congress and the American Student Union. The CPUSA amassed not just 85,000 members but a much larger network of fellow travelers. Communists came to play a prominent role in American cinema, music, and the arts. From the domestic fights against racism and for union rights to support for the Spanish republican cause abroad, Communists were seen as defenders of democracy, even as news of Soviet purges trickled in.

If the CP went too far in dissolving its identity, the Socialist Party (SP) offers an example of how badly the opposite approach could go. The SP recaptured some of its former prominence under Norman Thomas, a former Presbyterian minister cut in the figure of Eugene V. Debs, who was able to win close to nine hundred thousand votes in his 1932 presidential run. The party attracted not just young leftists navigating between social democratic reformism and revolutionary Leninism, but extremely talented union organizers such as Walter and Victor Reuther.

But Thomas and most of the Socialist Party clung to its Debsian-era strategy of opposition to bourgeois reformers—class independence was paramount. Thomas saw the New Deal as a “program that makes concessions to workers in order to keep them quiet a while longer and so stabilize the power of private owners.” No doubt this was true, but these reforms didn’t placate workers; they led them to demand more.

Whatever President Franklin D. Roosevelt’s intentions, millions believed that he wanted them to join a union and thought they deserved a decent paying job and some social protections. These American workers began to demand things of the state for the first time, and the Socialist Party told them they were going about it the wrong way. As a result of the gap between the SP’s stance and the beliefs of the workers they organized, socialist labor leaders like the United Automobile Workers’ Reuther brothers, the Amalgamated Clothing Workers Union’s Leo Krzycki, and the Hosiery Workers Union’s Emil Rieve resigned from the party.

In the 1936 presidential election, workers around the country were making a rational decision to support the Democratic Party, hungry to continue Roosevelt’s reforms and recognizing the institutional barriers to independent politics. Thomas’s cohort couldn’t offer a strategy to overcome any of those barriers or even a way to not counterpoise themselves to the best New Deal reforms. They just had slogans about opposing capitalist parties. Ironically, the more fringe Communist Party was better able to relate to Roosevelt supporters.

Of course, in aligning with Democrats, the Popular Front CPUSA hid its socialist identity. When forced to reveal it, the party pointed to an authoritarian Soviet Union as its model. A month before the infamous 1939 Hitler-Stalin nonaggression pact, Browder said, “There is as much chance of Russo-German agreement as of Earl Browder being elected President of the Chamber of Commerce.” But when word of the accord came, the CP adopted the new line without debate. The party’s key allies were permanently alienated and its moral authority tarnished.

When Nazi Germany invaded the Soviet Union in June 1941, the party evolved the Popular Front into an even more extreme “democratic front” policy. The Communist leadership advocated cooperation in the prosecution of the war at all costs, abandoning militant workers by pledging to oppose strike actions. Desperate to avoid isolation and to find institutional partners in trade union leaderships and the Democratic Party, the Communists gambled that the policies would help them stay relevant.

The party’s devotion to the US state—it supported the 1940 Smith Act being used against antiwar socialists and Trotskyists—was not reciprocated. The same act would be turned against them at the end of the decade. The Communist Party was pushed from key CIO leadership positions after the war. Among other consequences of this, CIO plans to unionize the disproportionately black South (Operation Dixie) were scuttled. A labor party might not have been possible in the 1940s, but at the very least a different strategy could have prevented the CIO from taking a conservative turn and empowered rank-and-file radicals.

The Popular Front put the CP in a position that prevented them from winning hegemony within the US working-class movement from liberal forces. But the era was also the last time socialism had a mass presence in the United States. The CP pushed Roosevelt’s New Deal to be more inclusive and supported the mass unionization drives of the time. Communists, bound together by membership in an organization most ordinary Americans came to fear and despise, played an outsize and largely positive role in American politics and culture.

American communism wasn’t gray, bureaucratic, and rigid, as it had become in the Soviet Union, but rather creative and dynamic. Dissent founder Irving Howe thought the CPUSA was a put-on, a “brilliant masquerade” that fought for some of the right causes but in a deceptive, opportunistic way. But there was a less monolithic side to the Communist Party. It was an organization that hosted youth dances and socials, in addition to militant rallies. Despite the machinations of their leaders, and their apologetics for the crimes of Stalinism, Communists were the underdogs in America, fighting the establishment for justice. They were the victims of censorship and police repression, not its perpetrators.

The question today is whether we can bring the Left into the mainstream—modulating our rhetoric, rooting ourselves in everyday life—while building a project of independent working-class politics that can be more than liberalism’s loyal opposition. In other words, can we make socialism twenty-first-century Americanism, without losing our soul in the process (or dressing up like Paul Revere)?