Pete Buttigieg: "I have every confidence that American voters... will not discriminate" 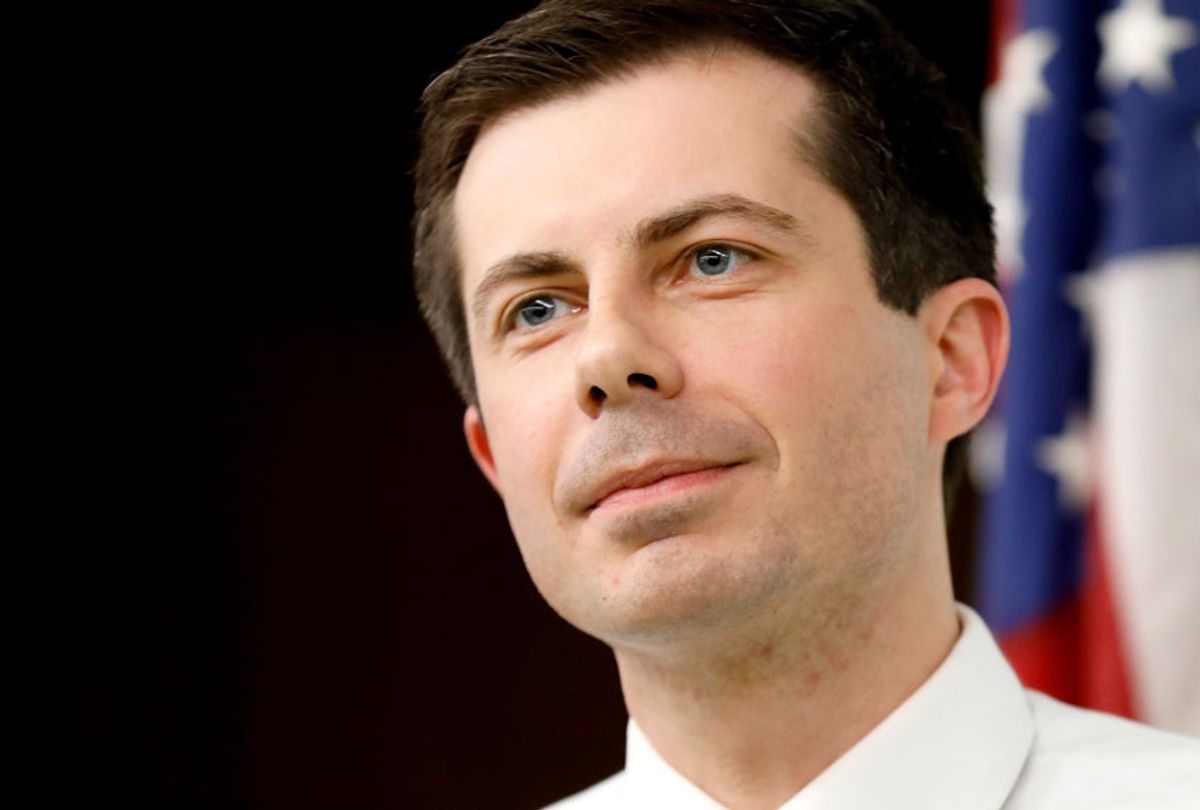 Pete Buttigieg — the mayor of South Bend, Indiana who is currently among the Democratic presidential frontrunners in 2020 — spoke with Chuck Todd on Sunday on NBC's "Meet the Press" to discuss the potential impact of homophobia on his candidacy.

"I want to read you a quote from the Reverend Rodric Reid that the Indianapolis Star interviewed. He’s a pastor at the Uplift Church in Indianapolis," Todd told Buttigieg.

"Here’s what he said. ‘I guarantee it’s going to be an obstacle.' This is about the fact that you’re married to another man," Todd inquired. "‘I guarantee it’s going to be an obstacle for the candidate from South Bend. That is really still a touchy subject, specifically and especially in the African American church. Now, I think it could be overcome, because we are gradually getting to a point of, and I don’t want to say ‘accept,’ but we are getting to a point of realizing this is the culture that we are going to have to begin to live with and adapt to it.'”

Todd added, "I know you’re trying to have these conversations with a lot of African Americans. How are they going?"

"They’re going well, and we are working very hard to engage people across the party, but especially black voters, who expect you to demonstrate, especially when you’re new on the scene, what your values are and how you’re going to promote policies that lift them up. I also think we have a moment on our hands when we can do the exact opposite of what the president has done," Buttigieg explained.

He added, "The president has used identity as a wedge, used race as a wedge to divide people who have common interests. I think we have an opportunity to reach into our own distinctive identities and use them to build bridges, to reach out to people different from us, knowing that anybody who has been on the short end of an equation of exclusion has a way to sympathize with people who’ve had different experiences with exclusion in this country."

"And if we build a solidarity around that, then people who have, for whatever reason, felt a lack of belonging or felt exclusion or felt discrimination in this country, even though those patterns of discrimination are very, very different, when all of us come together, we win, and we are all better off," Buttigieg said.

Todd added, "But I do want to follow up. I’ve talked to African American congressmen who really like you and want to support you, where their, their, some of their more conservative, religious-minded constituents, who vote straight ticket Democrat most of the time, would have trouble voting for you.'

After Todd also asked about Buttigieg's thoughts on Washington politicians who might be nervous about supporting him because of his sexual orientation, Buttigieg encouraged doubters to look at his record in Indiana.

"I’d invite them to look at what happened in South Bend," Buttigieg explained. "I'm from a socially conservative community. When I came out, we didn't know what the effects would be. It was actually during an election year. Mike Pence was the governor of our state. He was popular at the time. And what happened was, I won with 80 percent of the vote. What that tells you, I think, is that people if you give them the chance, will evaluate you based on what you aim to do, what the results, what the policies are, and I have every confidence that American voters, especially Democratic voters, will not discriminate when the opportunity comes up to choose the right leader for the future."

Since emerging as a frontrunner for the Democratic presidential nomination, Buttigieg has experienced considerable homophobia, as a recent Salon article detailed:

Evangelist Franklin Graham offered that Buttigieg would be punished by “eternal damnation.” Everett Piper, president of Oklahoma Wesleyan University weighed in by saying “you don’t get to make up your own Christianity.” Talking head Erick Erickson attacked not only Buttigieg but also the Episcopal church. Michael Brown, a leader of the Charismatic movement, put forth that “As an out-and-proud gay man, Buttigieg must discard the entire testimony of Scripture.”

This is not only suggesting that Buttigieg is not worthy of his own faith — it is also homophobia. These men have done exactly what they set out to do: get other homophobes riled up. Recently, Buttigieg was interrupted by hecklers at an Iowa rally who chanted “Sodom and Gomorrah!” and “You betray your holy baptism!” Social media is filled with endless discussion of Buttigieg’s “depravity,” “perversion,” and so on. At another event Operation Rescue founder Randall Terry showed up dressed as Buttigieg and whipped a man dressed as Christ while someone in a Satan costume shouted “Yes, more blood, Peter!” among other taunts. Terry told the Associated Press he was doing it because Buttigieg “glorifies and normalizes a sinful behavior.” Protesters yelled “Repent!” and “Marriage is between a man and a woman!” while the candidate tried to address a packed audience in Dallas last Friday.