Rep. Susan Brooks, seen as a Republican rising star and one of only 13 GOP women in the House, has had enough 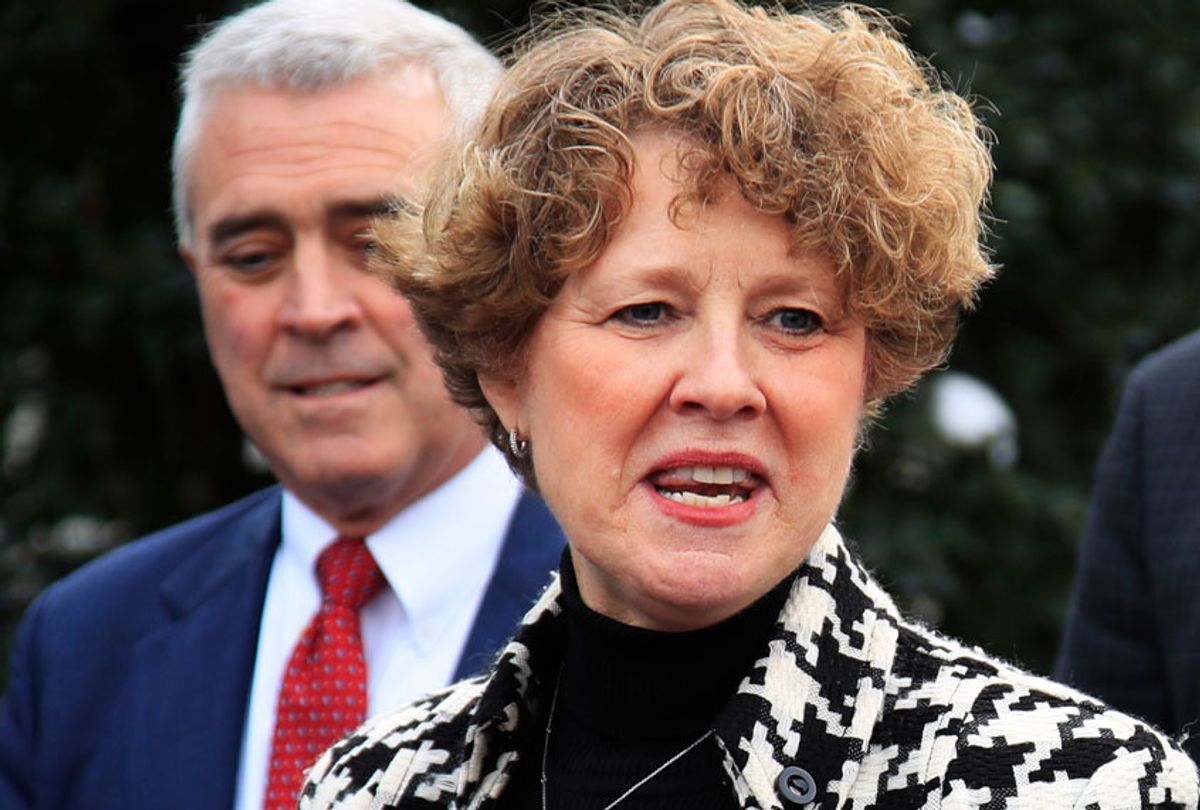 The head of Republican recruitment for the 2020 congressional elections abruptly announced on Friday that she would not run for re-election.

Rep. Susan Brooks of Indiana, the head of recruitment for the National Republican Congressional Committee and one of just 13 Republican women in the House of Representatives, told USA Today she would not seek a fifth term.

Brooks, whose district includes Carmel, Indiana, and wealthy suburbs north of Indianapolis, has been seen a rising star in the Republican Party. She ran for governor to replace Mike Pence after he joined the Trump campaign and won her previous House race by nearly 14 points.

Despite Brooks representing a seat that had been reliably Republican, Democrats have targeted the district for the 2020 election and put the congresswoman on their “retirement watch list.”

Not only is Brooks retiring, Republicans may need to find a new recruitment chief.

“I have no idea what they’re going to do,” Brooks told USA Today.

According to FiveThirtyEight, Brooks voted with Trump 98 percent of the time. She previously served as chair of the House Ethics Committee and sat on the House Select Committee on Benghazi.

“While it may not be time for the party, it’s time for me personally,” Brooks told USA Today. “This really is not about the party. It’s not about the politics. It’s just about, 'How do I want to spend the next chapter of my life?'"

But the move may well cost her party. After her announcement, the Cook Political Report shifted Indiana's 5th district from “Solid Republican” to “Lean Republican.”

Brooks' decision came as a surprise to party leaders, Politico reported, adding that Republicans “initially scoffed” when Brooks was added to the Democrats’ “retirement watch list.”

Rep. Cheri Bustos, D-Ill., who heads the Democratic Congressional Campaign Committee, told Politico that Brooks’ retirement is "the clearest evidence yet that Washington Republicans' efforts to retake the majority are in a tailspin."

"In a party whose leadership continually marginalizes women’s voices, losing Congresswoman Brooks, who was working hard to recruit women to run for office, underscores the problem Washington Republicans have created for themselves," she said.

Former state Rep. Christina Hale, who ran for lieutenant governor in 2016, is considered the most likely Democrat to seek the seat, the Indianapolis Business Journal reported.

“Congresswoman Brooks’ decision to step aside reaffirms just how quickly the political landscape is shifting toward Hoosier Democrats in places like the Indianapolis suburbs,” Indiana Democratic Party Chairman John Zody told the outlet. “Senator Joe Donnelly won CD5 in 2018 and legislative candidates made seismic gains there last fall. There’s absolutely no doubt it’s a top target for Hoosier Democrats in 2020. Game on.”