Jones' lawyer, Norm Pattis, says that the Federal Bureau of Investigation has cleared his client of any wrongdoing 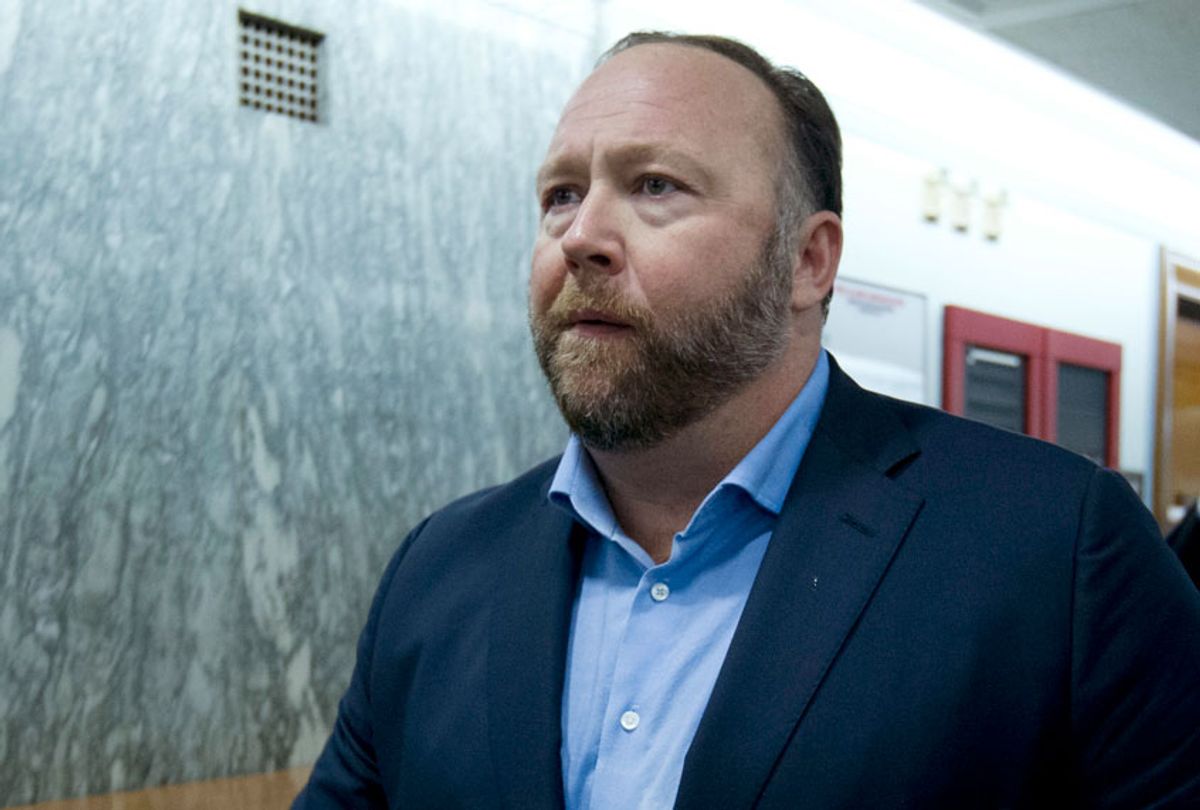 Infowars founder Alex Jones has offered $100,000 for information that leads to the arrest and prosecution of the culprit whom he claims embedded child pornography in emails, which were turned over to the lawyers representing the families of Sandy Hook shooting victims who are suing the far-right conspiracy theorist for defamation.

An attorney for the plaintiffs contacted the Federal Bureau of Investigation after allegedly discovering the images in documents forwarded by Jones as part of the ongoing court proceedings, according to NBC News. A filing submitted Monday revealed that "the FBI advised counsel that its review located numerous additional illegal images, which had apparently been sent to Infowars (sic) email address."

Last week on Infowars, Norm Pattis, a layer representing Jones, said that the FBI had cleared his client after its probe determined "there was no suggestion that anyone here wanted that material, ever looked at it or even knew about it." Pattis later added in a statement to NBC News that any "suggestion that anyone at Infowars knew child (pornography) was embedded in emails is risible."

On Friday, Jones offered a $1 million reward to anyone who could find the perpetrator who allegedly put child pornography in Infowars' accounts. Pattis later clarified that the actual award would total $100,000.

The plaintiffs' lawyers, in turn, wrote that "threats against counsel have been made on air to a very large audience." Among the evidence cited were direct quotes from Jones' InfoWars program.

"Magically they want metadata out of hundreds of thousands of emails, and they know just where to go. What a nice group of Democrats ⁠— how surprising. What nice people," Jones said on a recent broadcast. "Chris Mattei ⁠— what a good American, what a good boy. You think you’ll put on me what . . . Anyway, I’m done. Total war. You want it, you got it."

Lawyers for the plaintiffs said heir clients "therefore request that the court review the video in advance of tomorrow’s hearing. Plaintiffs intend to move to seek specific relief on an expedited basis, but this is an issue that the court should be fully aware of at the earliest possible moment."

Jones has found himself in the news recently as multiple lawsuits play out in court. Infowars last week settled a suit filed by the creator of Pepe the Frog, cartoonist Matt Furie after it sold a poster with Pepe the Frog next to images of President Donald Trump and Jones.

This lawsuit was part of Furie's larger campaign to take back Pepe the Frog after his creation was successfully co-opted by the alt-right as a mascot for their cause. During the 2016 presidential election, Pepe the Frog frequently appeared on alt-right Reddit forums, as well as websites associated with neo-Nazis and white nationalists.