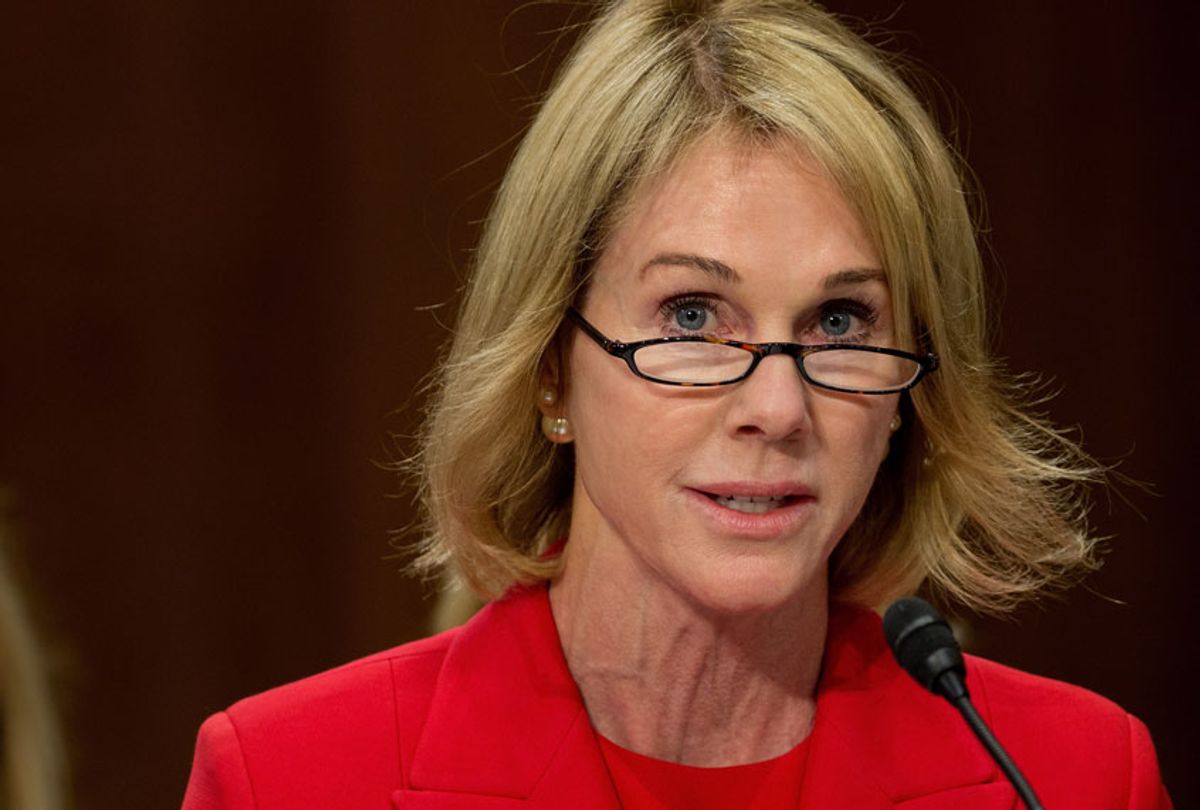 President Donald Trump will inch closer to filling a key position on his national security team that has been vacant for months on Wednesday, when the Senate Foreign Relations Committee is scheduled to consider the nomination of Kelly Craft to be the country's next ambassador to the United Nations. However, her nomination is expected to be contentious.

If confirmed, Craft, who is currently serving as the U.S. ambassador to Canada, would replace Nikki Haley, who resigned her post at the end of 2018 after nearly two years on the job. The top diplomatic post has remained unfilled for six months.

When she arrives on Capitol Hill, Craft is expected to face a tough grilling over her confirmation hearing for her ties to the coal industry, views on climate change, stance on women's rights and access to reproductive health services, as well as questions over a recent report, which claims she was frequently absent from her post in Ottawa.

Craft played a key role in helping Trump during tough trade negotiations between Washington and Ottawa, which resulted in the U.S.-Mexico-Canada trade agreement last year.

Although she is hardly a household name, Craft made headlines early in her tenure as ambassador to Canada over comments she made about climate change, in which she said there were "good scientists on both sides" of the climate change debate in an interview with a Canadian news outlet in 2017. Her point of view on the issue is likely to worry Democrats and could lead to tense moments at her confirmation hearings, especially since combatting climate change is among the U.N.'s major goals. (The U.N. sponsored the 2015 Paris climate accords, which Trump has disavowed.)

Trump announced in February he had picked Kelly to succeed Haley, a surprising decision given her relatively short stint in Canada. She and her husband, Joseph W. Craft III, the 68-year-old CEO of Alliance Resource Partners LLC — the third-largest coal producer in the U.S. — were major contributors to Trump's 2016 presidential campaign and  donated to his inaugural committee, giving more than $2 million to support his political efforts. The couple are also big supporters of Senate Majority Leader Mitch McConnell, R-Ky., who reportedly urged Trump to give Kelly the U.N. appointment.

Trump's first pick for the position was Heather Nauert, the State Department's spokesperson and a former host of Fox News Channel's "Fox & Friends," but she withdrew her nomination from consideration for the top job following reports that she had previously employed a nanny who lacked U.S. work authorization and criticism over her limited foreign policy background.

Craft is also expected to face questions over her perceived lack of credentials. The 57-year-old business consultant and major Republican donor from Lexington, Ky., served from 2007 to 2008 as an alternate delegate to the U.N. under President George W. Bush, and she and her husband were the Kentucky state co-finance chairs for Mitt Romney's presidential campaign in 2012. Craft, however, otherwise spent her career in the private sector.