Taylor Swift is just picking up where the Beatles left off 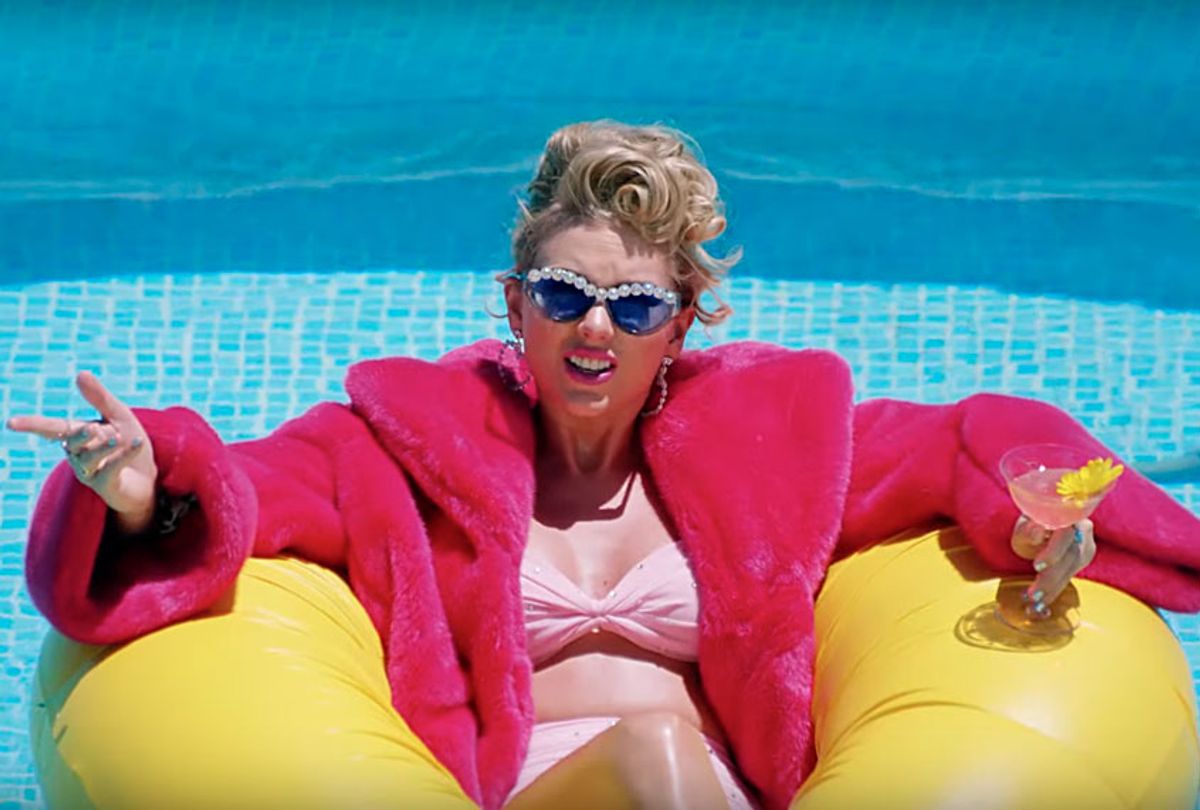 I'm not saying that Taylor Swift is the Beatles. But is she? Let's look at the facts: Both the Fab Four and Swift went from youthful mega fame to durable adult success; both managed to balance being wildly popular with staying gleefully provocative; both turned their flings, feuds and phases into lucrative musical output. But where Taylor really snatches that bowl cut wig is in the way she's leaned in to fandom's obsessive belief that our idols communicate their truly enlightened followers on a whole other level. Goo goo g'joob!

For as long as humans have been churning out creative works, they've been inserting hidden messages into them. Wake up, sheeple, it's called allegory. And along with the poetic, "It works on two levels" flourishes, we've also been adding "Did you see what I did there?" ones. Illuminated manuscripts are riddled with marginalia seemingly drawn for the sole purpose of entertaining the artist and the rare rando who'd notice it. You can find similar little winks throughout classic architecture, if you know where to look. But symbolism is a two-way street, with artists inserting enigmatic clues into their works and audiences free to interpret said works in their own, sometimes entirely different ways. Enter John, Paul, George, Ringo and Taylor.

One of the most gloriously bonkerballs conspiracy theories of all times began, of course, with a disavowal of a conspiracy theory. While history is a murky thing, the first rumblings appear to started in 1967, with a fanzine called "The Beatles Monthly Book" with tamping a "FALSE RUMOUR" from January that "that Paul McCartney had been killed in a car crash on the M1. But, of course, there was absolutely no truth in it at all." Two years later, a Drake University newspaper piece discussed the now bubbling rumors of Paul's demise and replacement with a lookalike — and the alleged secret messages on The White Album to prove it. Soon after, Detroit disc jockey Russ Gibb fielded a phone call from a listener about the rumors. Gibb, with a keen ear for ratings bait, took the story and ran with it, and his show became an early landing page for theories and clues.

It didn't take long for a trove of "evidence" to emerge, from John's alleged "I buried Paul" on "Strawberry Fields (he later insisted he was saying "cranberry sauce") to the "funeral procession" cover of Abbey Road, with its cryptic "28IF" license plate on a nearby VW. The entirety of "I Am the Walrus" was cited as an account of Paul's death and its concealment. The fact that the conspiracy theory was able to get this big and this elaborate so quickly is truly a testament to resourcefulness and persistence of a pre-Internet rabbit hole generation. Well done, boomers.

Why the biggest band in the world would engage in a coverup and then confess about it in cryptic song lyrics album art is beyond me; I assume everyone was on psychedelics at the time. McCartney soon had to issue a public declaration of his continued existence, even appearing with his family on the cover of Life magazine with the headline "Paul is still with us." Now it's 50 years later and he still hasn't convinced everybody.

Taylor Swift may never have had to contend with an elaborate hoax theory about her existence, but she has cheerfully declared herself dead — or at least buried the "old Taylor." She's also, increasingly, loaded her work with more Easter eggs than a White House lawn in the springtime. Because it gets attention — bigger than Jesus-level attention.

If there are lizard people, Taylor Swift is DEFINITELY their queen. She famously works her lucky number, 13, into both her music and videos whenever possible. After her 2016 feud with the Kardashian-Wests blew up and social media embraced the serpent as Swift's patronus, she fully took it on, loading snake imagery into her videos as if to say, yes world, here I am, in my full reptile form. But then, the snake morphed into a butterfly because that is how biology works in Swiftland, keep up. Earlier this year, Swift made a mural of a butterfly appear in Nashville as "the best surprise clue" regarding her new song, commending fans for their "FBI level detective skills" in figuring out that the butterfly was Taylor.

Over the past few years, Swift has gone from directly naming songs after her exes to being a person whose videos are now accompanied by lengthy explainers of all the secret messages and symbolism. And your family said you'd never find a use for that art history degree. Popsugar recently found 28 hidden clues in her "Me!" video, which is only eleven fewer than an entire Rick Riordan series. And her latest, the hot take generator "You Need to Calm Down," is so dense with celebrity cameos and numbers and tricky secrets that I do, in fact, need to calm down, because somewhere in all of this there are the coordinates to where the aliens are hidden.

The Beatles and their fans played with wild theories; Taylor and her squad have turned them into an art form all its own. Paul was, what? A dead man to be turned on? A marine mammal? Taylor is a snake and a butterfly and a number and a songwriter who sometimes goes by Nils Sjöberg. She sings "I'm the only one of me," but come on, look at the hints and she's obviously confessing she contains at least as many members as a band from Liverpool.