So if Trump actually refuses to quit after losing the 2020 election — what happens then?

It's a nightmare scenario: His defeat was "fake news," and Trump tries to stay in power. Would democracy survive? 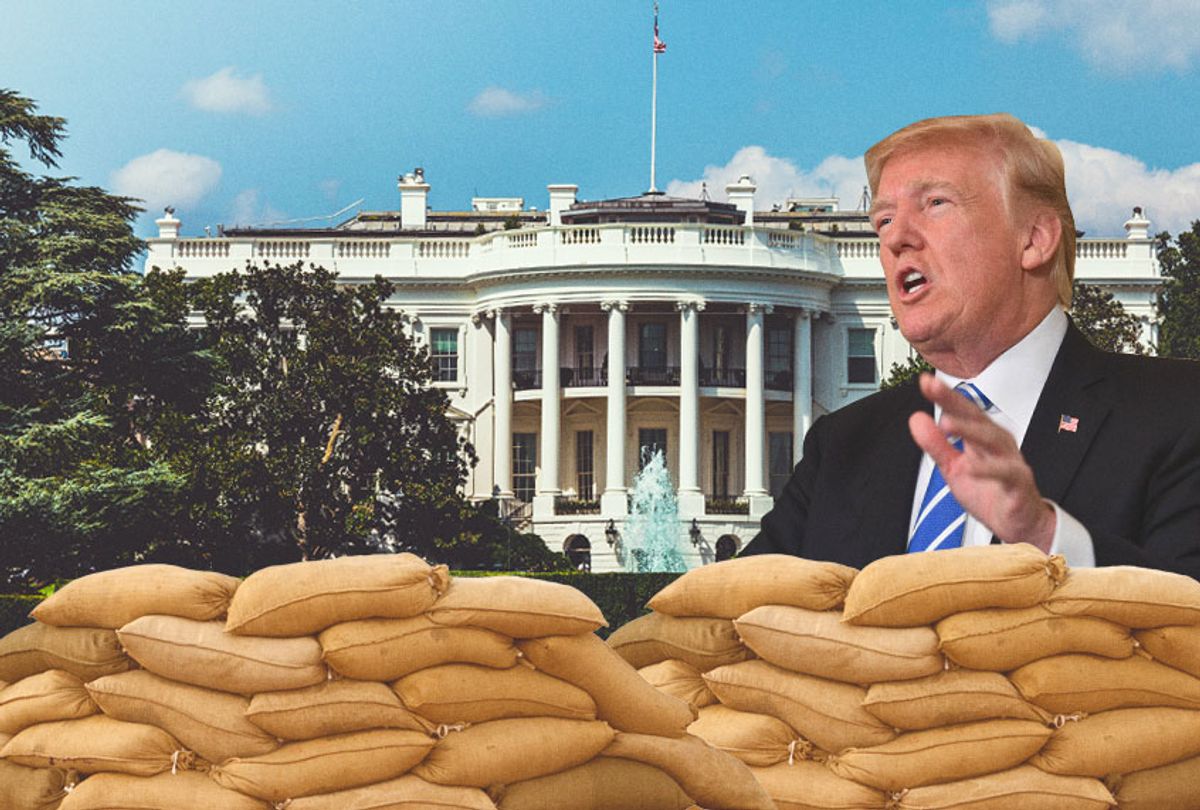 It is somewhere on the outer edges of conceivable that a sitting president will refuse to step down if he loses his re-election campaign. Nothing close to that has ever happened before. If that scenario plays out, America could still be saved from tyranny — but our democratic institutions would need to rise to the challenge.

Salon's Amanda Marcotte recently published a an article arguing that it's possible — perhaps even likely — that President Trump will try to stay in office if he loses in next year's election, most likely by casting doubt on the legitimacy of the results and hoping that Republicans, once again, will close their eyes tight and back him up. We should also remember that Trump ominously said during the 2016 campaign that he would only accept the results of the election "if I win," essentially making a veiled threat that he was likely to question the validity of any victory by Hillary Clinton, regardless of the circumstances.

Trump's reasoning was perfectly circular: The only explanation he would require to "prove" that he had been cheated was that he didn't win. Something vaguely resembling an actual case that he had been robbed could be constructed after the fact — which Trump did anyway with his repeated false claims that he had only lost the popular vote in 2016 because of millions of illegal votes by undocumented immigrants.

In other words, the threat of Trump refusing to step down is both real and terrifying. Americans have had controversial and contested presidential elections before: Abraham Lincoln's victory in 1860 provoked a Civil War; Rutherford Hayes won the 1876 election through blatant fraud; John F. Kennedy was accused of winning key states with dead peoples' votes in 1960. Then of course we had the immortal "hanging chad" election of 2000 between George W. Bush and Al Gore, which wound up decided by the Supreme Court on a 5-4 party-line vote.

But we have never had a situation where a sitting president flat-out lost an election and refused to leave office. If that happens in 2020, what do we do?

"There is no precedent for any such thing, any more than there is a precedent for the Trump presidency," Laurence Tribe, the Carl M. Loeb University Professor at Harvard Law School, told Salon by email.

Exactly what would happen is hard to guess. At a minimum, we would be in a time of extraordinary danger and chaos. The very fact that one has to imagine a circumstance in which a president refuses to leave office after being lawfully defeated is more than enough to remind us of the existential danger posed by the current occupant of the Oval Office.

But it would be a mistake to think that the only difficulties we face are those posed by a president who refuses to leave upon being legitimately defeated. If Trump is, for example, apparently elected but only as the result of foreign intervention and/or local voter suppression, one can imagine him adamantly resisting legitimate efforts to challenge the results and conduct meaningful recounts. What this means is that the problem cannot be reduced to one dimension. The real problem is that we have a lawless and renegade president in office.

This strikes me as correct: The underlying problem Tribe mentions is that we have a president who values winning above all else. He certainly does not care about the institutions of democracy, which are designed to prevent or detect cheating, and to be invulnerable to authoritarian pressure. But will our institutions really save us?

A February editorial for CNN by Joshua A. Geltzer, the executive director and visiting professor of law at Georgetown Law Center's Institute for Constitutional Advocacy and Protection, offered some clues as to how our institutions might come through.

Geltzer argued that there were four ways in which the mechanisms of American democracy could save the day. First he brought up the Electoral College, arguing that both parties could require anyone seeking to be an elector to promise not to delay, withhold or alter their vote based on the objections of a candidate. Then he suggested that members of Congress (and candidates) could make a similar pledge, since it's their job to count the electoral votes.

Geltzer also suggested that Congress could "pledge to hold public hearings with intelligence community leaders should those officials or any candidate suggest that vote counts were influenced by foreign election interference or for any other reason. That unvarnished testimony by intelligence professionals could debunk any claims by Trump (or any other candidate) that the final vote count shouldn't be honored."

Next Geltzer speculated that America's 50 governors — 39 of whom won't be up for reelection in 2020 — could vow to stand behind whoever the rightful winner is, regardless of whether they supported that candidate in the election.

Finally and perhaps most disturbingly, he suggested that the military could save democracy, writing that if Trump loses "the military would no longer owe its loyalty to Donald Trump as of noon on January 20, 2021. And it's worth asking the Secretary of Defense and Chairman of the Joint Chiefs of Staff, as they testify before Congress in coming months, to affirm that they understand that and would act consistently with it."

There is one more possibility that Geltzer did not take into consideration. If Trump contests the election results through the judicial system, the election could wind up being decided in the Supreme Court. This is not just conceivable but entirely plausible, since it happened before with the Bush v. Gore decision of 2000.  But there could be a crucial difference. Al Gore clearly disagreed with the Supreme Court's 5-4 decision that put Bush in the White House, but he accepted it without question.

By contrast, one would expect Donald Trump to refuse to accept any Supreme Court ruling that goes against him, eagerly citing the words of any dissenting opinion to support his claims. Chief Justice John Roberts might then find himself in a position not unlike that of Chief Justice Earl Warren nearly 70 years ago.

When the Warren court decided the fate of segregation in the landmark Brown v. Board of Education case, Warren understood that the ruling had to be unanimous. Warren himself was firmly against racial discrimination, but knew that defenders of racism would seize upon even a single dissenting vote as justification for defiance and confrontation.

Roberts, although a conservative, is well-known as an advocate for judicial nonpartisanship. One theory holds that he voted to uphold the Affordable Care Act mostly because he didn't want the Supreme Court to be viewed as a wing of the Republican Party, and may make the same choice in a vote on whether to overturn Roe v. Wade.

As Warren did, Roberts would need to convince the other judges to unanimously reject any spurious election claims by Trump — if only to ensure that the court retains some vague claims to impartiality.  It wouldn't be enough for Roberts to side with more liberal judges in a 5-4 or 6-3 decision. He'd somehow have to convince Sam Alito, Neil Gorsuch, Brett Kavanaugh and Clarence Thomas to set aside their obvious political preferences and go along with a 9-0 ruling on the legitimacy of the election results. How likely does that sound to you?

It's also possible, of course, that things will never reach that stage. Famed civil liberties attorney and former Harvard Law professor Alan Dershowitz insists that concerns about Trump not stepping down are exaggerated. "No president will refuse to step down if his opponent is elected in his place," Dershowitz told Salon. "It just will not happen, and the American public would never tolerate it." Dershowitz is known to have spoken out in Trump's defense on the question of impeachment and related topics, so perhaps he knows something the rest of us don't.