"We will always follow the science on that in this administration," Pence says of climate change 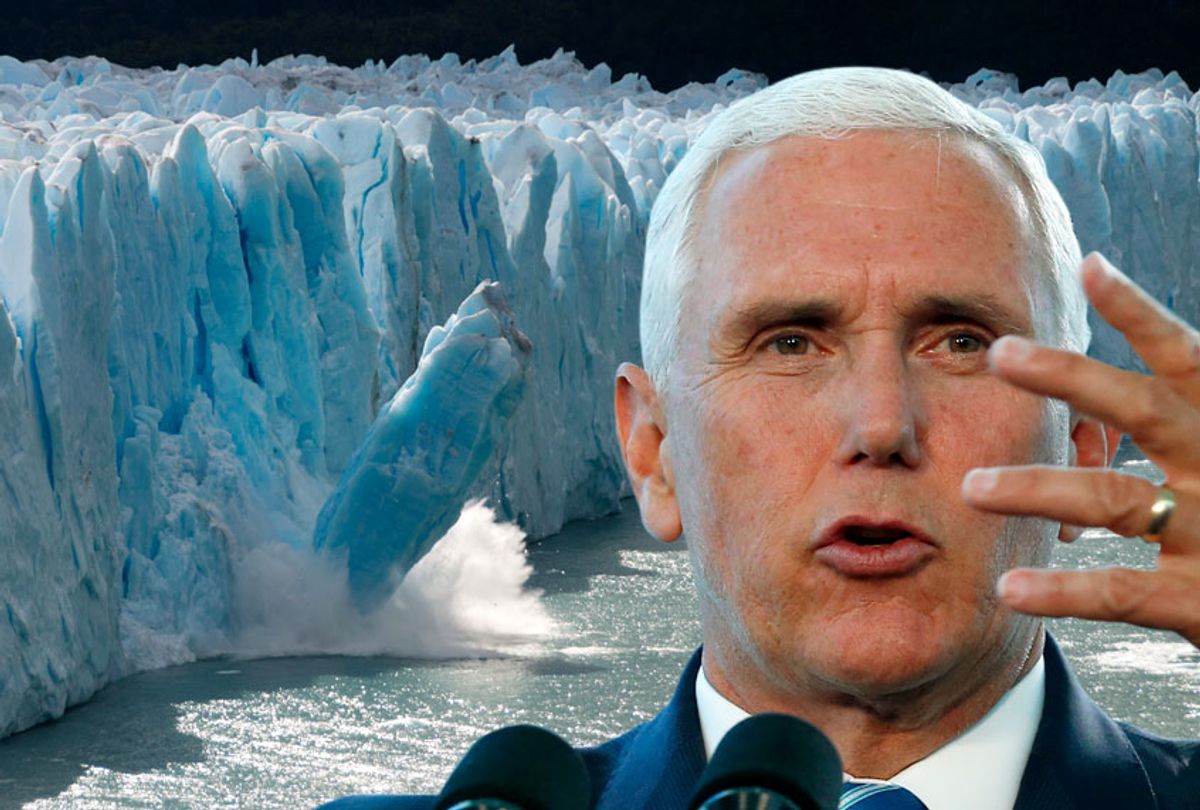 Vice President Mike Pence avoided pointed questions about climate change during an interview on Sunday, even as President Donald Trump's administration continues to suppress studies about the severity of the climate crisis.

While being questioned by CNN's Jake Tapper, Pence listened to the anchor quote Director of National Intelligence Dan Coats discussing the geopolitical threat posed by climate change. Tapper then mentioned how the EPA had rolled back part of former President Barack Obama's Clean Power Plan before asking the vice president, "Do you think human-induced climate emergency is a threat to the United States?"

Pence responded, "Well, what I will tell you is that we will always follow the science on that in this administration."

"The science says, 'It is,'" Tapper interjected.

Pence continued, arguing that what the Trump administration "won't do — and the Clean Power Plan was all about that — was hamstringing energy in this country, raising the cost of the utility rates for working families across this country while other nations like China and India do absolutely nothing or make illusory promises decades down the road to deal with it."

He added, "You know, the truth of the matter is with the advent of natural gas, with the natural gas explosion that's developing, with clean coal technology, we're seeing we're seeing a significant reduction of carbon emissions all across this country."

After Pence repeated his earlier reply —"I think the answer to that is going to be based upon the science" — before Tapper added that many experts in Trump's own administration recognize the seriousness of the crisis. Pence then pivoted back to discussing whether utility rates would be raised by effective climate change regulations.

As Pence dodged Tapper's questions, the Trump administration has refused to publicize dozens of government-funded studies, which reveal the long-term effects of man-made climate change as compiled by scientists at the Department of Agriculture, according to Politico.

"The intent is to try to suppress a message — in this case, the increasing danger of human-caused climate change. Who loses out? The people, who are already suffering the impacts of sea level rise and unprecedented super storms, droughts, wildfires and heat waves," Michael E. Mann, a leading climate scientist at Pennsylvania State University, told Politico about the suppressed studies.

The site reported that they include "a groundbreaking discovery that rice loses vitamins in a carbon-rich environment — a potentially serious health concern for the 600 million people world-wide whose diet consists mostly of rice" and learning that "climate change could exacerbate allergy seasons to a warning to farmers about the reduction in quality of grasses important for raising cattle."

Mann expressed similar thoughts to Salon last month, when it was revealed that the Environmental Protection Agency would redefine environmental standards to allow for more air pollution.

"This is a logical next step in the effort by Trump and the polluting interests that dictate his environmental policies to dismantle the environmental protections of the past half century put in place by past both Republican and Democratic presidents," Mann told Salon.

You can watch more from Pence's interview below: