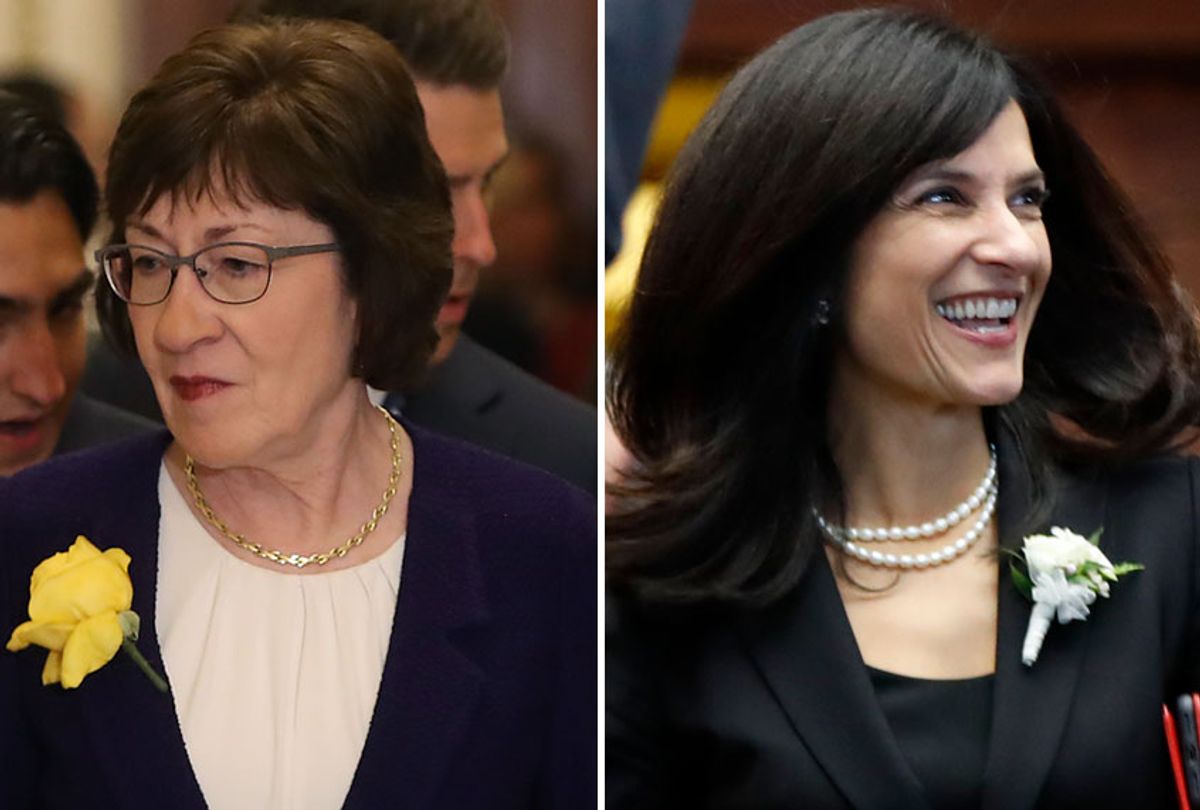 Speaker of the Maine House of Representatives Sara Gideon announced Monday that she will run against incumbent Sen. Susan Collins, R-Maine, in 2020.

"I have learned that if you listen, and if you are willing to work with others, it's still possible to get things done," Gideon says in her campaign announcement video. "That's what we did to expand job training programs, protect health care coverage for seniors and people with preexisting conditions and to help control the cost of prescription drugs. And when someone tries to get in the way or get me to back down, I stand up to them."

Gideon then focused her attention on her response to Maine's former Republican Gov. Paul LePage after her vetoed her bill to expand access to a life-saving drug for people who overdose on opioids. According to Gideon, she reached across the aisle to work to bring members of both parties together to override LePage's veto.

After that, Gideon turned her sights to Collins. "Susan Collins has been in the Senate for 22 years, and at one point, maybe she was different than some of the other folks in Washington," the Democrat said. "But she doesn't seem that way anymore."

Gideon is far from the only Democrat eager to oppose Collins, who has been seen as uniquely vulnerable in light of her vote for Kavanaugh last year. Other prominent Democrats in the nominating contest who have announced their candidacies or are likely to include Maine Secretary of State Matt Dunlap, Saco lawyer Bre Kidman, Portland developer Rosa Scarcelli and lobbyist Betsy Sweet, according to the Bangor Daily News.

Because Gideon was widely expected to announce a run against Collins — she hinted at it as far back as November, when Collins voted in favor of Kavanaugh's appointment — Sweet has already criticized Gideon's record in a way that perhaps foreshadows the themes of the impending race. Earlier this month, she argued that Gideon would employ a "moderate, around-the-edges approaches to try to fix things" while Sweet would use "bold and courageous action."

Although Gideon currently lags far behind Collins in most polls, it could be the result of her low name recognition. A Morning Consult survey from this year found that 52 percent of Maine voters approve of Collins' performance, while 39 percent disapprove of it.

Collins has been criticized not only from the left for her stances on Trump's tax cuts and Kavanaugh but also from the right for her decision to break from the rest of the Republican Party in its failed efforts to repeal the Affordable Care Act.

You can watch Gideon's campaign launch video below: