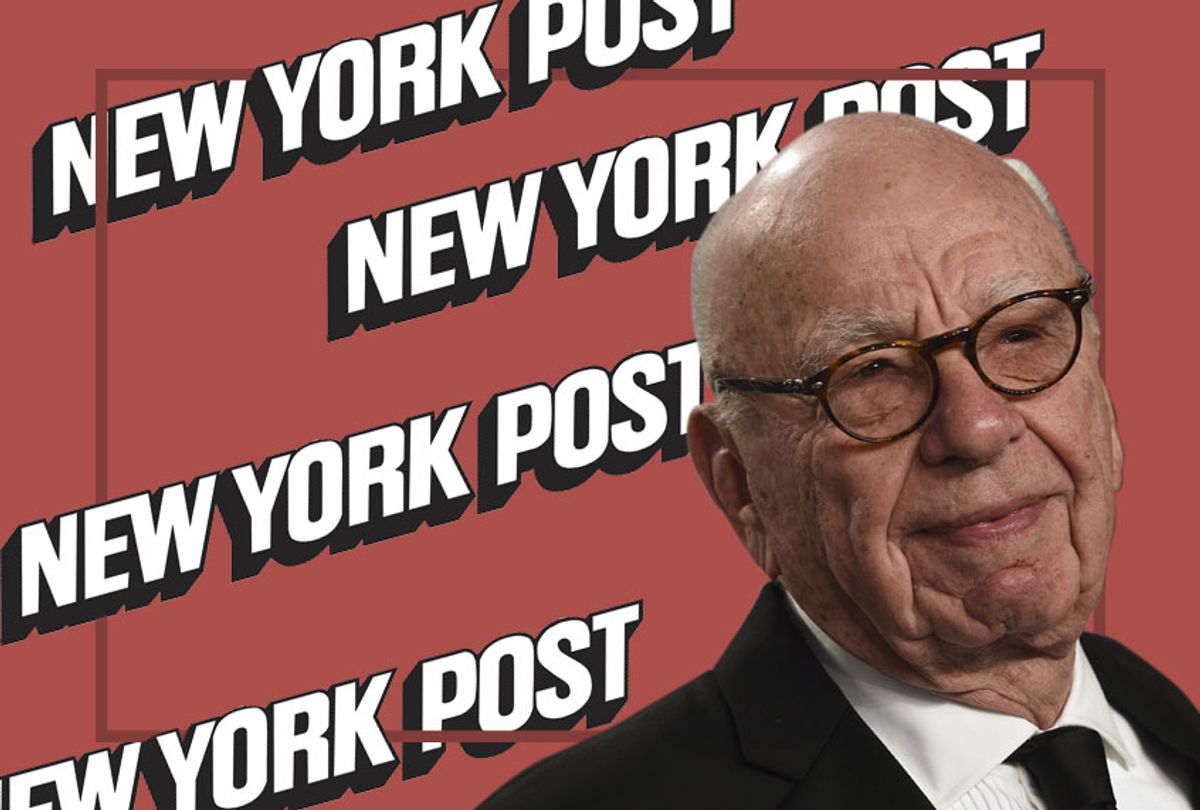 A former editor of the New York Post, who is a close associate of publisher Rupert Murdoch and openly supports President Trump, reportedly ordered the famous tabloid to delete a story about columnist E. Jean Carroll’s rape allegations against Trump.

Col Allan, the Post's former editor-in-chief who recently returned as an adviser at Murdoch's behest, ordered the paper's staff to remove reporter Joe Tacopino’s story about the allegations as well as an Associated Press wire report about the claim, according to CNN Business.

A spokeswoman for the Post did not deny the report.

Carroll accused Trump of raping her in the mid-1990s in an excerpt from her upcoming book published by The Cut. Carroll claimed that she ran into Trump at the Bergdorf Goodman department store in Manhattan and he followed her into a dressing room.

Carroll wrote that Trump “lunged” at her, pushed her against the wall, and tried to kiss her before unzipping his pants “and, forcing his fingers around my private area, thrust[ing] his penis halfway — or completely, I’m not certain — inside me.”

Trump denied the allegation, first claiming that he had never met Carroll despite appearing in a photo with her, and later saying he could not have raped her because “she’s not my type.”

Staffers at the New York Post told CNN that they were not surprised Allan ordered the story to be removed because he has not been shy about his support for Trump. Asked why Allan would order the removal, a staffer told CNN, "Nobody needs to explain why. We already know."

Allan wore a “Make America Great Again” hat in the newsroom during the 2016 Republican primaries, according to the Daily News, the Post's Democratic-leaning tabloid rival. In 2017 Allan said it would have been “difficult” for him to continue as editor under a Trump presidency because he "like[s] the Donald a lot."

Post staffers told CNN that they suspect Murdoch brought Allan back to push the outlet toward more favorable coverage of Trump. Reports of Carroll’s allegations remained up at other Murdoch-owned media properties, including Fox News and the Wall Street Journal.

The story has gotten relatively light coverage in the mainstream press, at least as far as rape allegations against sitting presidents go. All five major Sunday talk shows avoided the topic just days after the allegations were published, and the Washington Post was the only major national newspaper to publish the allegations on their front page. the New York Times buried the report in its Book Review section.

Times executive editor Dean Baquet later said that the paper had been “overly cautious” in its handling of the story. The Times reported it had been unable to find independent sources to corroborate Carroll's account, although a Times reporter interviewed Carroll and two friends whom Carroll had told about the assault at the time.

Baquet conceded that the Times had been “playing by rules that didn’t quite apply” since the story was about allegations that were already public and did not require an independent investigation.

The fact that a well-known journalist made public rape allegations against the president, Baquet said, “should’ve compelled us to play it bigger.”

Carroll is at least the 22nd woman to accuse the president of sexual misconduct.