Reddit quarantines its Trump forum after users call for violence

The president himself has made appearances on his supporters' fanatical subreddit, which boasts 750,000 followers 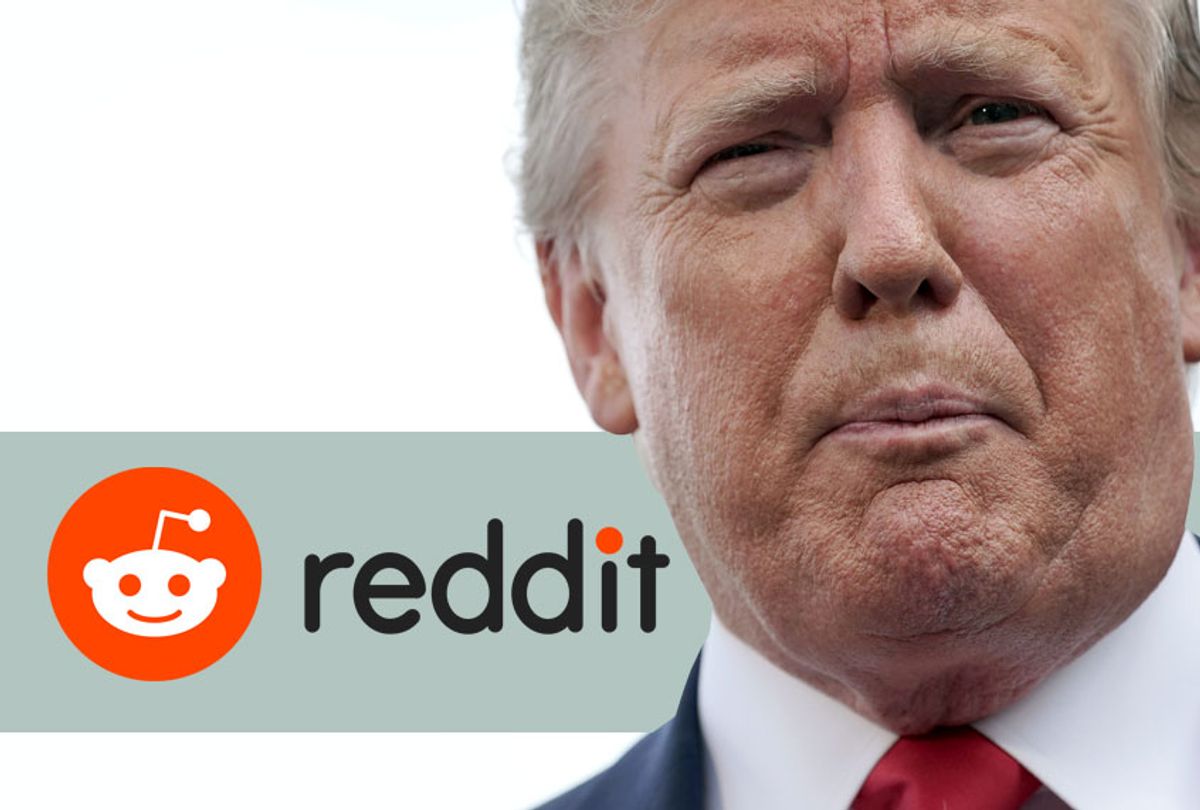 Reddit has taken a firm stance on a subreddit that has been a bastion of hate speech for years. It just so happens that this particular subreddit — the site's term for one of its many user-created interest forums — is the main Donald Trump supporter page on Reddit.

On Wednesday, the fifth-most popular website in the country “quarantined” the biggest forum for supporters of President Trump on Reddit, called “/r/The_Donald.” The subreddit was created in 2015, has roughly 750,000 followers, and markets itself as “a never-ending rally dedicated to the 45th President of the United States, Donald J. Trump.” It is so well-known among Trump supporters that Trump himself has made an appearance there.

A quarantine means that Reddit will demote the forum, remove key features, and restrict how content from the forum is shared on Reddit. While a quarantine differs from a ban, it does disguise the forum behind a wall, requiring users to verify that they want to view the content.

According to the quarantine message on Reddit: “This community is quarantined: It is restricted due to significant issues with reporting and addressing violations of the Reddit Content Policy. Most recently the violations have included threats of violence against police and public officials."

"As a visitor or member, you can help moderators maintain the community by reporting and downvoting rule-breaking content.”

Reddit spokeswoman Anna Soellner said in a statement to The Washington Post that the quarantine was triggered because “recent behaviors including threats against the police and public figures is content that is prohibited by our violence policy.”

“We are clear in our sitewide policies that posting content that encourages or threatens violence is not allowed,” Soellner said.

According to Media Matters, users on the quarantined subreddit posted calls to violence and support for armed militias. Media Matters explains: “A user wrote, ‘None of this gets fixed without people picking up rifles,’ to which another user responded, ‘If that's what it takes for us and our marginalized community to be heard I suppose it may become necessary sooner than we think.’” This was in response to reports, from outlets like The Daily Beast, that militia groups “are mobilizing to prevent Oregon state police from arresting Republican state senators who went into hiding on Thursday in order to prevent climate change legislation from passing." (Read Salon's report on the ongoing situation.)

Reddit has previously banned other subreddits in violation of its policies. In 2017, it shut down r/NationalSocialism, r/Nazi, and r/DylannRoofInnocent, among others. It also banned the QAnon conspiracy theory subreddit, called /r/GreatAwakening, in 2018