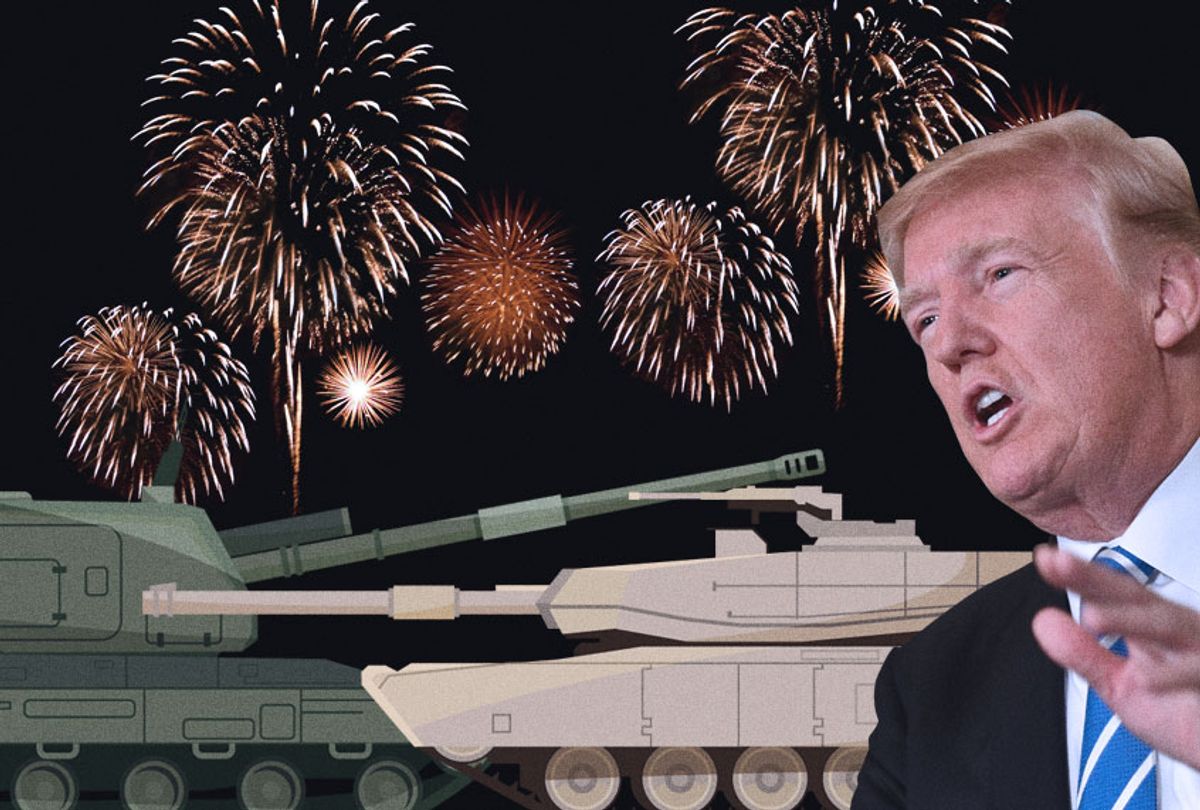 Runways at the Ronald Reagan Washington National Airport in will be shut down for an hour and a half on the Fourth of July in order to accommodate a ceremonial flyover for President Donald Trump's Independence Day event.

One government official told CNN that the closure for Trump’s “Salute to America” was unprecedented for Fourth of July events.

“The launch point for the fireworks has been moved from the National Mall to a nearby park to accommodate Trump's Lincoln Memorial display,” CNN’s Gregory Wallace reported. “The last such runway closure was in 2015 for a commemorative flight of World War II-era planes.”

A spokesman for the Metropolitan Washington Airports Authority, Micah Lillard, told officials they should "anticipate some flights at Reagan National to be affected during the late afternoon and evening."

Trump has long shown a preference for flashy military displays during pageants associated with his presidency and political brand ever since he was impressed by a Bastille Day event in 2017. He  reportedly requested that massive military tanks or other armored vehicles be stationed on the National Mall during his Fourth of July address. The requested tanks would include some vehicles that weigh 60 tons or more and others, which use tracks that could damage Washington’s roads. In addition to the flyover by military aircraft, Trump also wanted his "Salute to America" event to include a F-35 stealth fighter and Marine Helicopter Squadron One.

In a statement, Interior Secretary David Bernhardt said, “This is going to be a fantastic Fourth of July with increased access across the National Mall for the public to enjoy music, flyovers, a spectacular fireworks display and an address by our commander-in-chief."

He added, "We received an extraordinary donation for a phenomenal fireworks display, and our colleagues from the Department of Defense will be providing a one-of-a-kind music and air power experience including a flight demonstration from the Blue Angels."

The Republican National Committee has also offered tickets to major donors and political appointees to the Fourth of July celebration on the National Mall, which has traditionally been a nonpartisan event, according to HuffPost. One RNC official joked that Trump’s “going to have tanks out there, it’s going to be cool" and added, "He wants to have a parade like they have in Moscow or China or North Korea."

As Robert Weissman, president of Public Citizen, told HuffPost, "This partisan appropriation of a public event is consistent with the record of an administration that has no regard for lines between personal or partisan interests and its public obligations."

She also expressed disappointment that the military, which had restrained some of Trump's earlier impulses toward lavish military displays, had not been able to successfully push back against him this time.

"The military has been domesticated. I  Ben-Ghiat said. “I think the will to resist him has evaporated.”