The genre-busting rapper comes out, adding yet another dimension to growing LGBTQ representation in country 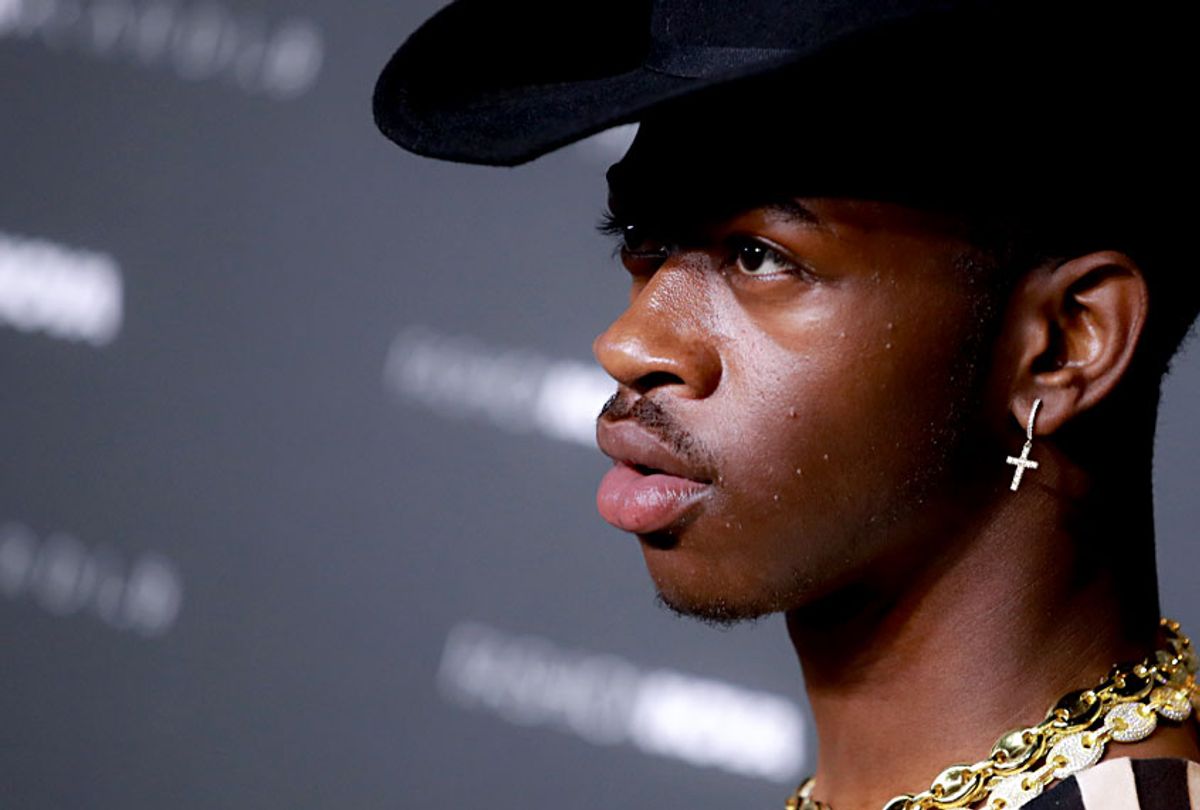 On Sunday, rapper Lil Nas X of viral, genre-blurring country-trap “Old Town Road” fame came out as gay. In a series of tweets, he encouraged fans to listen to his song “c7osure,” which talks about coming clean about secrets and accepting oneself.

He punctuated the tweet with a rainbow emoji, then posted the artwork from his new EP “7,” which features an illustration of him wearing a cowboy hat and riding a horse towards a building glowing with rainbow lights. His deadpan caption reads, “deadass thought i made it obvious.” Fans on social media went wild.

As Salon’s Rachel Leah wrote in April, the viral success of Lil Nas X's "Old Town Road" sparked dialogue in the country music community about genre, race and the exclusion of black artists after Billboard pulled his single from the Hot Country Songs chart, especially since the song went on to enjoy significant commercial success regardless. "Old Town Road" spent eleven weeks in the number one slot of the Billboard Top 100 and is, in the words of The New Yorker's Amanda Petrusich, "en route to becoming the most significant commercial release of the decade."

As a genre-blurring artist whose breakthrough hit harnessed both hip hop and country sounds and fans, Lil Nas X's public declaration of his sexuality touches both genres. On the country side of the industry, LGBTQ visibility and celebration has come a long way in recent years.

While Herndon’s peak popularity was definitely restricted to the '90s, he made headlines in 2014 when he became the first mainstream male country star to come out. 2014 was a big year for LGBTQ news in country music (Salon’s overview dubbed it “the year country music came out”).

That year, Kacey Musgraves won Song of the Year for “Follow Your Arrow” at the Country Music Association Awards, which included the lyrics “Kiss lots of boys/or kiss lots of girls/ if that’s something you’re into.” Herndon came out about a month later; Billy Gilman, who in 2000 was the youngest artist to ever have a top 40 single on the country chart, came out days after that.

As Salon wrote, “One more and it would have been a trend.”

At the time, visible LGBTQ allyship was also on the rise — in stark contrast to the way members of the industry quietly turned their backs on singer Chely Wright as she weathered massive criticism and death threats following her own coming out just four years earlier.

But in 2012, superstar Carrie Underwood expressed support for marriage equality. The next year, former Dixie Chicks singer Natalie Maines declared that she was “pro-gay everything," while Willie Nelson (who, it should be noted, has a spotty record on his support of the LGBTQ community) contributed a song to the “Brokeback Mountain” soundtrack. In 2014, Jennifer Nettles of “Sugarland” also spoke out for marriage equality and, when asked what she would do if her son came out, said: “I would say … ‘Love and live and just be happy — and I hope you find your true prince.’”

The trend in growing acceptance and support followed a nationwide social and political shift. By 2014, the states that had legalized same-sex marriage cumulatively contained 70 percent of the U.S. population. Then, in 2015,  U.S. Supreme Court struck down all state bans, making marriage equality the law of the land.

At the same time, the country music industry was attempting to appeal to a younger listeners, who were more generally supportive of marriage equality. As Keane wrote at the time, “chipping away at taboos that are based on sales and marketing rather than actual beliefs is a slow process,” but it was a place to start.

And in the five years since, there has been an exciting movement past mere acceptance of LGBTQ country musicians toward supporting those musicians claiming (or reclaiming) their queer identities through their performances.

In an interview with NPR’s All Songs Considered, Herndon he can hear major differences in his performance when he compares the 2019 version with the 1995 version.“There was the grown-up man that was a lot more emotional and living in his authentic skin singing this song,” he said.

Billy Gilman returned to the spotlight in 2016 when he became a contestant, and eventually the season runner-up, on the “The Voice.” While his sound is more pop than country now, Gilman’s rendition of Frank Sinatra’s “My Way” took on new resonance after he opened up to host Carson Daly about his struggles with his sexuality.

Then Americana superstar Brandi Carlile — who was the most-nominated woman at the 2019 Grammys — hit the mainstream in a major way. Carlile has been out since 2002, and used her most recent album “By the Way, I Forgive You,” to wrestle with the topic of forgiveness, including towards those who marginalized her because of her sexuality.

In conjunction with the album’s release, she posted an open letter on Facebook urging people to share stories of forgiveness with the hashtag #bythewayiforgiveyou.

“I would like to forgive Pastor Tim. I forgive you for deciding not to baptize me when I was a teenager for being gay,” Carlile wrote. “It was not so much that you wouldn’t or couldn’t do it because of the tenants put in place by the baptist rules and traditions, but because you waited until all my family and friends were present and waiting in the pews for the ceremony.”

She continued: “The experience inspired me to help other gay kids and my spiritual LGBTQ brothers and sisters come to terms with the disappointments they’ve endured on the rugged road to peace and acceptance. I think you’d appreciate that process.”

Other songs on that album, like “The Joke,” call to others who feel alienated in their communities, with lines like “You're feeling nervous, aren't you, boy?/ With your quiet voice and impeccable style/Don't ever let them steal your joy/And your gentle ways, to keep 'em from running wild.”

The result is so powerful because these songs are a genuine reflection of Carlile’s identity, and in an interview with The Guardian, Carlile said she felt an urgent imperative to share her point of view following Trump’s election.

“I realized I was waking up every day political, as a gay mother with two daughters,” she says. “Being political doesn’t come from outside me any more. It comes from who I am.”

Country music has a long tradition of valorizing American political ideals like patriotism, liberty and opportunity. Yet music like Carlile's questions who — especially under an administration that openly opposes LGBTQ rights — has true access to those rights and who much of country music is made for. But with artists as critically and commercially dominant as Carlile and Lil Nas X starting and continuing conversations about queer representation and acceptance, the canon of country classics preaching other cherished American ideals — like inclusion and freedom through the lens of LGBTQ visibility and power — will hopefully continue to grow.