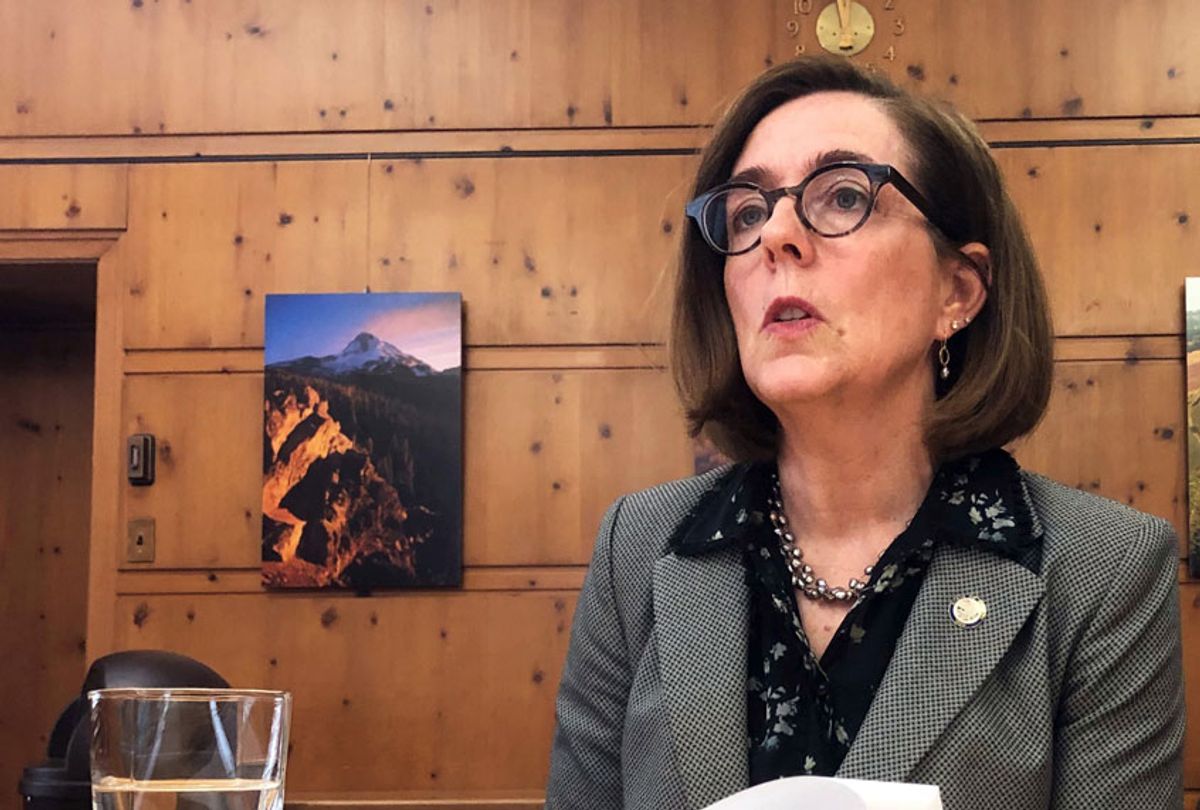 Oregon Gov. Kate Brown said she is prepared to use her executive powers to take action on climate change after Republican state senators defeated a cap-and-trade bill by fleeing the state.

“Let me be very, very clear: I am not backing down,” Brown, a Democrat, said at a news conference Sunday, The Oregonian reported. The governor said that she still hopes lawmakers can reach a compromise but added she is prepared to use her executive authority if the legislature cannot reach an agreement.

Brown’s comments came after 11 Republican senators, who are vastly outnumbered by a Democratic supermajority in the state legislature, fled the state in order to deny Democrats a quorum to vote on a bill that would have created a cap-and-trade system. The 30-member Senate requires 20 senators to be present to hold a vote. Brown sent state police troopers after the lawmakers but Democrats in the legislature ultimately relented, opting to move forward on key budget issues before the session’s end rather than stand up to the Republican stunt.

After the legislative sessions ended last Sunday, Brown declared that she was not done fighting for the bill, which would have required Oregon to reduce greenhouse gas emissions below 45 percent of the state’s 1990 levels over the next 15 years, according to Reuters. The bill would have imposed a cap on the state’s total emissions and requires companies to buy emission allowances.

Brown said she hopes that lawmakers can still approve the bill and agreed to propose changes to the legislation that would meet the state’s emission reduction goals without hurting the economy, Willamette Week reported. That may be difficult after Republicans and industry groups fought hard against the legislation and demanded a massive overhaul to the bill.

If a compromise fails in the next few months, Brown said, she will direct her staff and state agencies to look for alternative ways to implement parts of the cap-and-trade bill without the legislature’s approval.

"Working on legislation is my preferred approach; collaborating across the aisle and around the state," she said. "However, given the uncertainty that now permeates Oregon's political system, I am also directing my staff and agencies to explore alternative paths in case these collaborative approaches do not lead to successful legislation. This includes the use of my executive powers and direction of state agencies."

"I will continue to listen to any concerns brought by Oregonians. But make no mistake, doing nothing to reduce emissions is not an option," she said. "Not for our economy, our communities, our environment and of course, particularly, our children. I am open to modifications, but I am not open to inaction."

It is unclear how much Brown and state agencies can do without legislative approval. The Oregonian noted, however, that California enacted its cap-and-trade system, on which the Oregon bill was largely modeled, entirely through rule changes at state agencies.

Renew Oregon, a coalition of climate activists that backed the cap-and-trade bill, applauded Brown’s resilience on the issue.

Tera Hurst, the group’s executive director, told Willamette Week that Brown "can define her legacy by leading Oregon to do our share to combat this global crisis, while growing our economy and cleaning our air here at home."