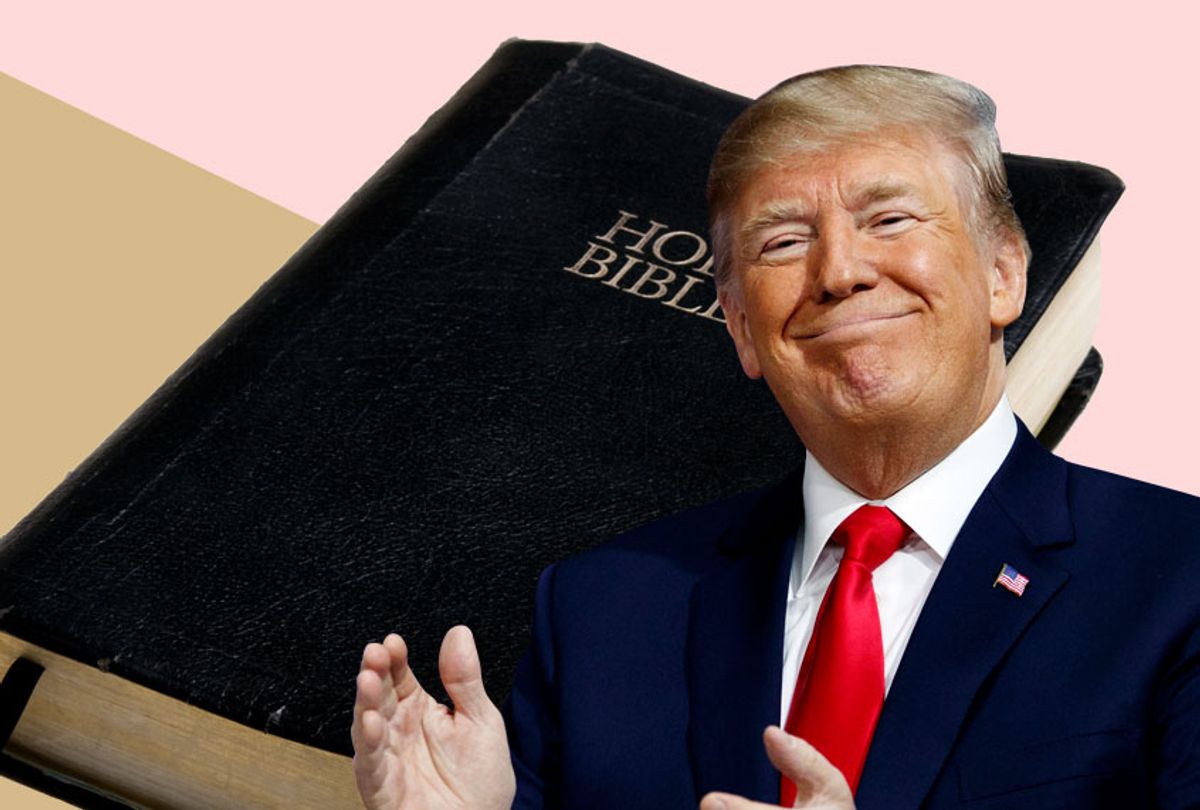 Peter Wehner, a conservative Christian who served three administrations in the White House, remains baffled by the unwavering support for Trump by fellow evangelicals, and he wrote for The Atlantic that their political hypocrisy would poison their religious movement.

“The enthusiastic, uncritical embrace of President Trump by white evangelicals is among the most mind-blowing development of the Trump era,” Wehner wrote. “How can a group that for decades — and especially during the Bill Clinton presidency — insisted that character counts and that personal integrity is an essential component of presidential leadership not only turn a blind eye to the ethical and moral transgressions of Donald Trump, but also constantly defend him?”

Part of that explanation, Wehner wrote, is that many evangelicals believe they’re engaged in an existential struggle with “wicked” American liberals, and they feel that Trump is their strongest champion in that fight.

“Many white evangelical Christians, then, are deeply fearful of what a Trump loss would mean for America, American culture, and American Christianity,” Wehner wrote. “If a Democrat is elected president, they believe, it might all come crashing down around us.”

“For them,” he added, “Trump is a man who will not only push their agenda on issues such as the courts and abortion; he will be ruthless against those they view as threats to all they know and love. For a growing number of evangelicals, Trump’s dehumanizing tactics and cruelty aren’t a bug; they are a feature. Trump “owns the libs,” and they love it. He’ll bring a Glock to a cultural knife fight, and they relish that.”

But Wehner said those cultural victories would come at a great cost, because Trump and his evangelical allies were driving younger generations away from the church.

“There’s a very high cost to our politics for celebrating the Trump style, but what is most personally painful to me as a person of the Christian faith is the cost to the Christian witness,” Wehner wrote. “Nonchalantly jettisoning the ethic of Jesus in favor of a political leader who embraces the ethic of Thrasymachus and Nietzsche — might makes right, the strong should rule over the weak, justice has no intrinsic worth, moral values are socially constructed and subjective — is troubling enough.”

Trump’s evangelical allies had revealed themselves as hypocrites, Wehner argued, and permanently stained the reputation of conservative Christianity.

“But there is also the undeniable hypocrisy of people who once made moral character, and especially sexual fidelity, central to their political calculus and who are now embracing a man of boundless corruptions,” he wrote.

“Until followers of Jesus are once again willing to speak truth to power rather than act like court pastors,” he concluded, “the crisis in American Christianity will only deepen, its public testimony only dim, its effort to be a healing agent in a broken world only weaken.”