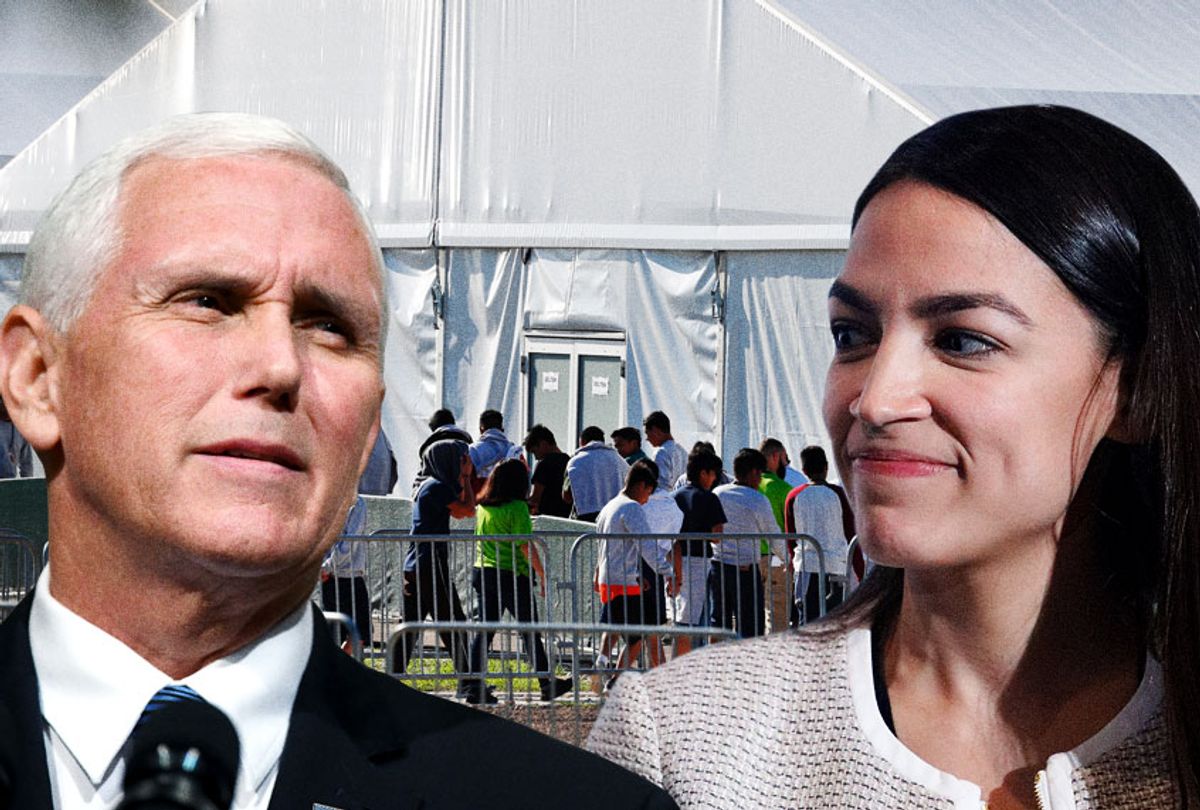 Vice President Mike Pence took an indirect swipe at Rep. Alexandria Ocasio-Cortez, D-N.Y., when speaking before the annual summit of Christians United for Israel on Monday.

"We must never allow the memory of those lost in the Holocaust to be cheapened as a cliché to advance some left-wing political narrative," Pence told attendees at the conservative group, according to the Hill.

He added, "Sadly, in recent weeks, that’s exactly what some Democrats have done in the national debate. Last month, a leading Democrat in Congress actually compared our U.S. Customs and Border Protection detection facilities to concentration camps."

Ocasio-Cortez aroused controversy when she posted a video on Instagram Live in which she described the detention centers housing migrants being held in the United States as "concentration camps," a term many critics found offensive due to its association with the Holocaust.

"The United States is running concentration camps on our southern border, and that is exactly what they are," Ocasio-Cortez said during her Instagram Live broadcast. "They are concentration camps, and if that doesn’t bother you . . . I want to talk to the people that are concerned enough with humanity to say that we should not ⁠— that ‘never again’ means something. And that the fact that concentration camps are now an institutionalized practice in the ‘Home of the Free’ is extraordinarily disturbing, and we need to do something about it."

"I haven't seen her down here in Arizona. I can tell you that," Del Cueto said. "And when any individual makes that reference, it just — it loses all interest to me. It's disgusting to compare concentration camps to what the men and women are doing here protecting our country. In my eyes, honestly, you lose credibility. I've had it, you know, up to here with all these individuals constantly trying to compare concentration camps to what we're doing."

He added, "I was just at one of the detention facilities. The kids were outside their cell, because we have so many of them. They were out on the floor, playing puzzles. They were watching movies, eating cookies and what have you. She needs to come down here. You know what, I will offer to show her, myself, the area."