Trump's "environment" speech was a case study in gaslighting 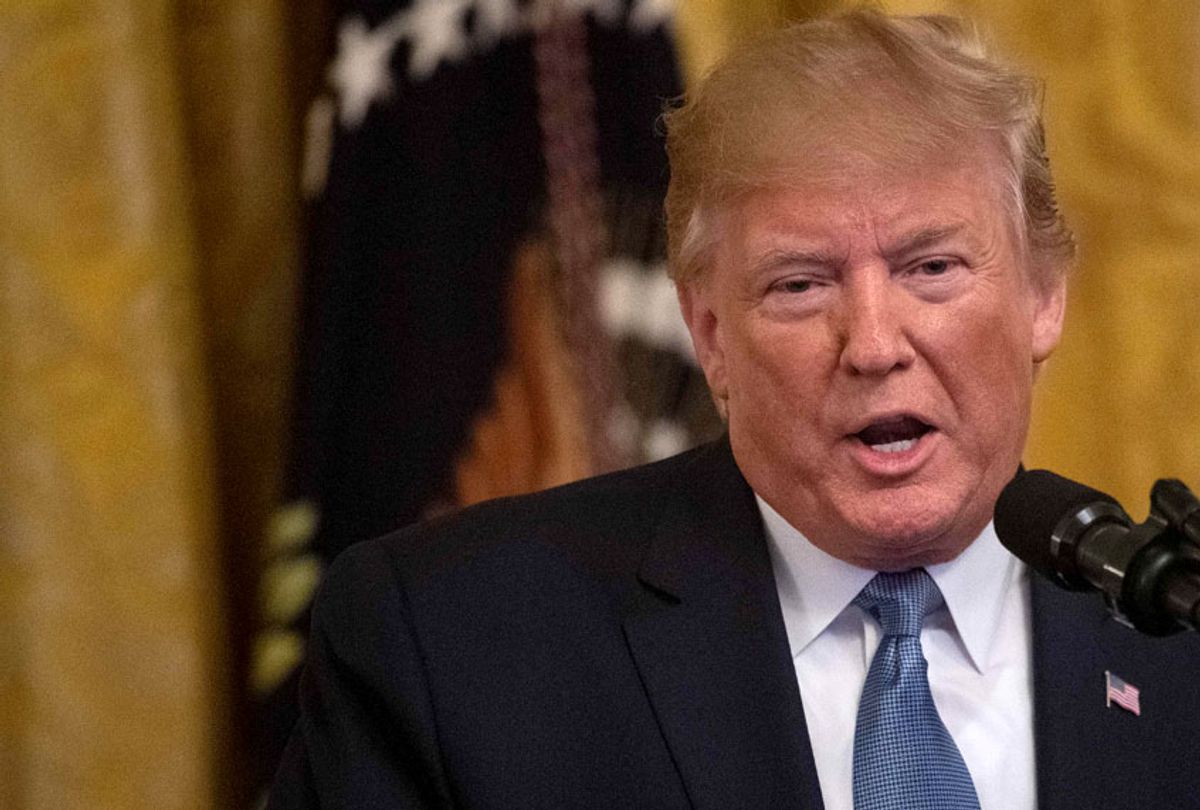 President Donald Trump speaks about his administration's environmental policies at the White House in Washington, DC on July 8, 2019. (Getty/Nicholas Kamm)
--

Despite leaving the Paris Climate Agreement, protecting the coal industry, diverting millions of dollars of national park funds, and calling global warming a hoax — among many other sins against nature — President Donald Trump wanted you to know today that he has made America an environmental leader.

"From day one, my administration has made it a top priority to ensure that America has among the very cleanest air and cleanest water on the planet," Trump said during his remarks delivered at the White House on Monday, part of a much-touted "environmental" speech. "We want the cleanest air, we want crystal clean water, and that's what we're doing and what we're working on so hard. We are doing a very tough job and not everybody knows it.”

Hence, a common refrain of Trump's "Twilight Zone"-esque address was that the real story, about how much Trump loves the planet, is not being told. As usual, Trump painted the media as the enemy, while dismissing the scientific consensus that climate change is quickly ravaging our planet. Surely every environmentalist tuning in fumed with anger at Trump’s speech, knowing that the recent increase in greenhouse gas emissions are likely due to Trump's completed and proposed environmental rollbacks  — an increase that could have irreversible effects, such as thousands of deaths in the United States due to poor air quality, to give but one example.

Trump’s speech today did not symbolize a change of heart on climate change (he actually never even mentioned climate change), but rather a political move to lay the foundation for a talking point for his re-election, which he will use to try and win a new voter base. No, not climate change scientists or environmentalists, but millennials and suburban moms — that is, according to sources who spoke with the New York Times. A senior White House official, who spoke on the condition of anonymity, told the New York Times there are moderate voters who “just want to know that he’s being responsible” on environmental issues — and that is who today’s speech was designed to reach.

In other words, the Trump administration just made Mother Nature into a political pawn. How appalling.

According to one of the sources who spoke under the condition of anonymity, the idea of the speech came from two consultants on his re-election campaign.

This shouldn't come as a surprise given how Trump ranks on environmental issues in recent polls. In last week’s Washington Post-ABC News poll, Trump received positive rankings only on the economy. His lowest rating was for his handling of climate change: only 29 percent of respondents said they approve, and 62 percent said disapprove. It is a wider gap than on any other issue mentioned in the poll.

It is said that actions speak louder than words, and many environmental groups hope today’s speech won’t persuade the uninformed. At the very least, it didn’t nudge them.

“Donald Trump is resorting to greenhouse gaslighting the public to try and cover-up the fact that he is the worst president in history for the environment, climate and public health,”  Sierra Club Executive Director Michael Brune said in a statement about the speech. “Trump’s relentless attacks on our clean air, clean water, climate and public lands threaten the health and safety of millions of Americans and no speech he gives can ever change the reality of his actions.