Aziz Ansari reflects on #MeToo stories — real, fictional and his own — in his new Netflix special 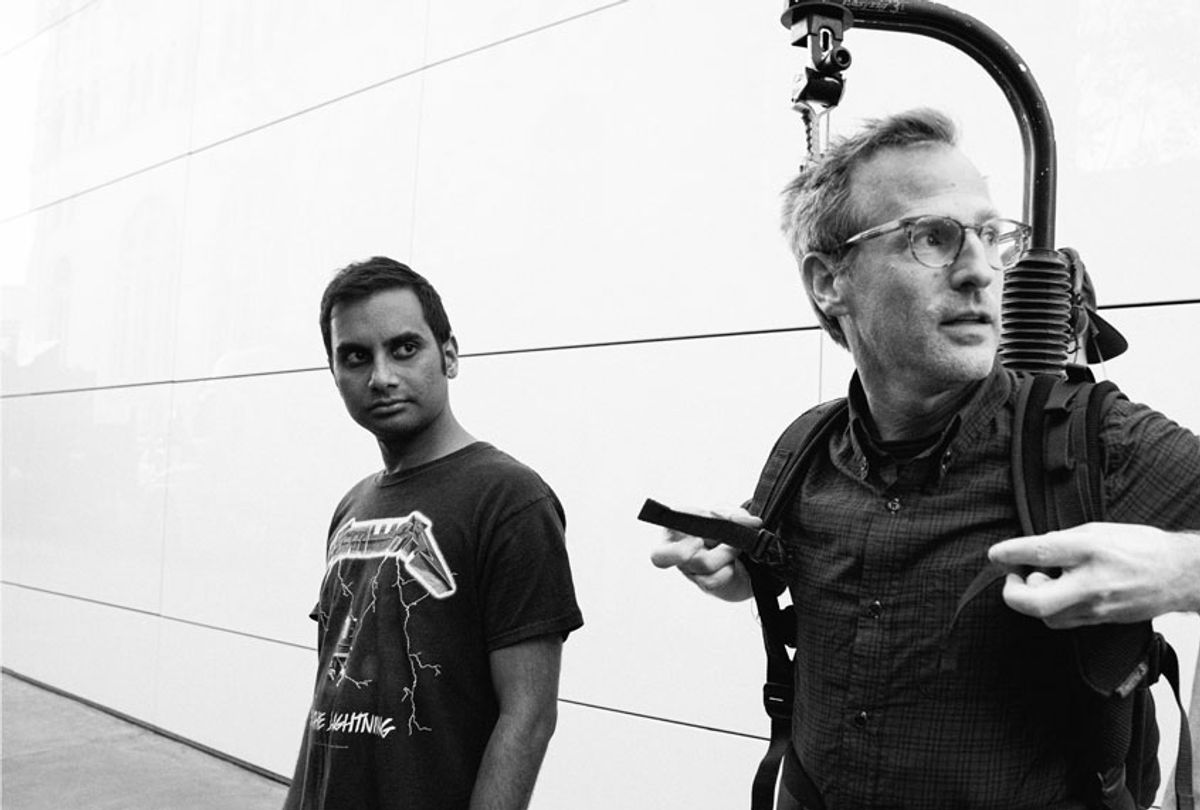 Five minutes into his new Netflix comedy special, “Aziz Ansari: Right Now,” and the comedian has already addressed the topic that many viewers probably came into the show thinking about: the allegation of sexual misconduct against Ansari that broke last year.

He continues: “I always think about a conversation I had with one of my friends where he was like, 'You know what, man? That whole thing made me think about every date I've ever been on.’”

Ansari wraps the bit — without going into details — by saying the experience gave him a lot to think about, and he hopes he’s become a better person.

The accusation appeared in a January 2018 piece by the now-shuttered Babe.net (a publication that, as Allison P. Davis brilliantly detailed for The Cut, dealt with its own internal struggles with inappropriate interoffice sexual relationships predicated on power imbalances) titled, “I went on a date with Aziz Ansari. It turned into the worst night of my life.”

The story, an as-told-to account written by Babe staffer Katie Way, details a night that “Grace,” an anonymous 23-year-old woman, had with Ansari. The two went to dinner, but then Grace became uncomfortable when Ansari made aggressive advances towards her once they returned to his apartment. Grace told Babe.net: “I believe that I was taken advantage of by Aziz. I was not listened to and ignored. It was by far the worst experience with a man I’ve ever had.”

Then, as Salon’s Mary Elizabeth Williams wrote, Grace “opened up a semantic can of worms by deploying the word ‘assault’ to describe it.”

This was at the height of the #MeToo movement. Jodi Kantor and Megan Twohey’s groundbreaking expose about Harvey Weinstein had published, followed by Ronan Farrow's. Publications like Hollywood Reporter and Buzzfeed had created entire bureaus dedicated to investigating sexual assault. Days before the Babe report, Ansari had accepted his Golden Globe award for “Master of None” while wearing a Time’s Up pin.

And while much of the country was ready to discuss how pervasive workplace sexual harassment was, Babe’s report of Grace’s story wasn’t nuanced enough to reveal what could have been a productive conversation about dating and consent.

In a Jezebel story titled “Babe, What Are You Doing?” Julianne Escobedo Shepherd wrote: “Babe did not have the range or depth to present Grace’s story for what it is—a starting point to discuss the ways consent can feel blurring, no matter how clear we might wish it were, and our lack of language to describe this—we all ended up opening up a conversation that did us no good at all.”

In Davis’ article on the downfall of Babe, Katie Way said she felt like she couldn’t escape the viral Aziz Ansari story; in the year following its publication, Ansari has tried to escape from that story defining him, as well.

He released a statement less than two days after the Babe story published, in which he said that everything had viewed the night spent with Grace as “by all indications, completely consensual.”

“It was true that everything did seem okay to me, so when I heard that it was not the case for her, I was surprised and concerned,” Ansari wrote. “I took her words to heart and responded privately after taking the time to process what she had said...I continue to support the movement that is happening in our culture. It is necessary and long overdue.”

Then Ansari went quiet — sort of. Production of a third season of “Master of None” was suspended, Ansari pulled away from his enthusiastic use of social media and stopped late-night appearances. He did, however, embark on an international comedy tour.

Phones were banned, so there weren’t any in-the-moment audience reactions floating around, but headlines like “Aziz Ansari Reflects on Sexual-Misconduct Allegation at His NYC Pop-Up Show” cropped up periodically. So it’s not a huge surprise “Right Now” opens the way it does. What is mildly surprising is how the show continues.

Bookended by jokes about white people who attempt to “out-woke” other white people (“You thought your eyes were open, but this dude doesn’t even have a forehead. His eyeball just keeps going so he can see all the injustice.”) and ample audience interaction, Ansari spends much of “Right Now” analyzing pop culture touchstones in light of our current social climate.

Ansari’s comedy has always been built on a certain level of introspection and earnestness. In his 2015 special, “Live From Madison Square Garden,” he opened by speaking about how the parents of first-generation American citizens are some of the bravest people alive. He told stories about his own Indian parents, and their struggles — some inherently humorous, many not — as they adjust to life in the U.S.; when, in the final seconds of the special, the camera closes in tight for a shot of Ansari hugging his parents on stage, it’s a genuine moment.

“Can you ever listen to 'Thriller' in the same way again? When do we stop including Michael Jackson in wedding playlists?” Ansari asks the crowd. The real question he seems to pose though is, “What is our cultural threshold for completely writing predators off?”

He jokes about “The Office,” and how, in retrospect, Jim’s (John Krazinksi) multiyear obsession with an engaged coworker (Pam, played by Jenna Fischer) is mildly unsettling to rewatch given our current understanding of workplace harassment. If it was filmed today, Ansari says, Pam would have won a landmark lawsuit against Jim. “And [members of the film crew] were just gathering evidence against Jim,” Ansari says of “Office’s” faux-documentary stylings.

But Ansari also includes himself in this discussion; he recalls a “Parks and Rec” episode in which his character, Tom Haverford, installs a nanny cam in a teddy bear, which he then gives Ann Perkins (Rashida Jones).

At points like this “Right Now” feels like an intentional comeback-slash-apology — an earnest, if at times clunky, one. It's notable that his reflections on the jokes he would no longer perform today are infinitely more interesting than the jokes Ansari actually delivers.

Ever since the #MeToo movement gathered steam, there have been questions about how men implicated can move redeem themselves. It may sound cliché, but it seems the first step is genuinely admitting there is a problem, and you are a part of it. While Louis C.K. seems to have doubled down on his point of view, in watching “Right Now,” Ansari appears to be recognizing the need for growth — not just his own, but the culture at large's as well. “If you’re the same person you were ten years ago, you’re sh**ty,” he says towards the end of the special.  “Like, you’re supposed to change.”