Louis C.K. is back, and it's bad: Leaked stand-up set shows he's lost more than his reputation

The once brilliant comic shows his new colors, and they are petty, entitled and flat 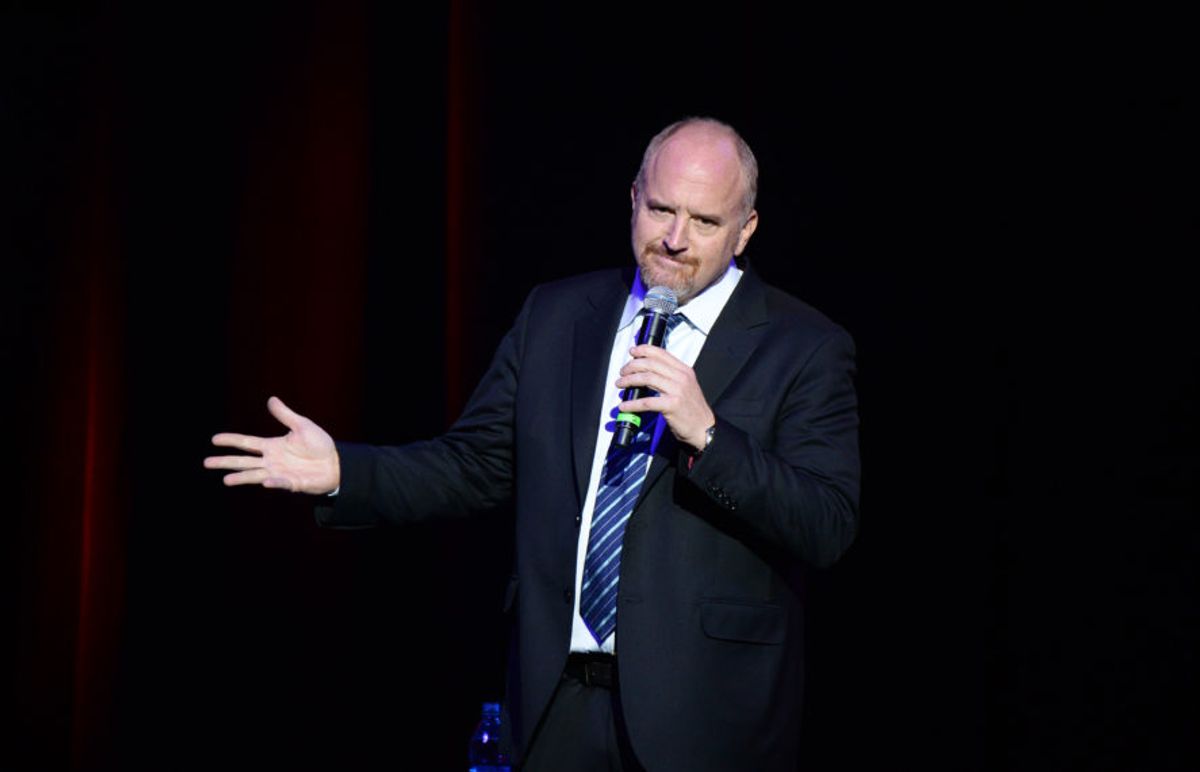 The most relevant, insightful comic of the moment is a fictional female dispensing one-liners in the Eisenhower era. Midge Maisel, I know you're not real, but what can we do to get you to bump Louis C.K. from the bill at the Comedy Cellar sometime?

After vehemently dismissing persistent "rumors" that he'd masturbated in front of his female colleagues as "not real," C.K. admitted in late 2017 that "the stories are true" and vowed to "step back and take a long time to listen." By last August, he was back on his home turf of New York's Comedy Cellar. And in the months since, it's become clear that any thoughtfulness or contrition he may ever have considered bringing to his new material has warped instead into self-pitying bitterness.

On Sunday, an audio recording purporting to be from a C.K. set earlier this month in Long Island emerged on YouTube. Though the full original was taken down, comedy writer Jack Allison soon posted a telling segment on Twitter. "im listening to the leaked louis set," he wrote, "and its very clear hes just going to tour red states for the rest of his life to rapturous crowds, like trump. i mean he's like a RW comic now. hes milo." The clip is only two minutes long, but you've got to give C.K. credit for the astonishing amount of bafflingly terrible, mean-spirited material he crams into it.

"I’m a little disappointed in the younger generation, honestly,” he says. “I’m 51 years old, and when I was like 18, in my twenties, we were idiots. We were getting high, we were doing f**king mushrooms and s**t. . . . So I was excited to be in my fifties and see people in their twenties and be like, ‘You’re crazy!’ But they’re not. They’re f**king boring, going, 'You shouldn’t say that!' What are you? An old lady? They’re like royalty. They tell you what to call them."

C.K. goes on to declare, "You’re not interesting because you went to a high school where kids got shot. Why does that mean I have to listen to you? How does that make you interesting? You didn’t get shot. You pushed some fat kid in the way. Now I gotta listen to you talking? Everybody gets upset when there’s a shooting at a high school. I don’t see why it’s worse than anybody else dying, I don’t. A lot of people die. Every day 7,500 people die in America. So that day 17 kids got shot in a school. What about the f**king other 7,500 people? They didn't die in their sleep."

Another bit, posted to YouTube, laments the loss of the word "retarded." The audience laughs gamely, and at one point, a man can be heard cheering, "F**k 'em!"

Naturally, the routine also delighted the frog avatar demographic. No less a comedy authority than Jacob Wohl took to Twitter Sunday to pronounce "Louis C.K. 2.0 is funny as hell!" But others were less than wowed. "Seems like he views his (entirely self-inflicted) downfall as license to now behave however he wants," wrote New York Times writer Dave Itzkoff.

But while one pundit insisted that "this is in line with the same stuff he did before," I disagree. C.K.'s material was always raunchy and naughty, for sure, but it knew how to punch up. The Louis C.K. of a decade ago mined some of his best material from the tyranny of parenting young children (whom he referred to, not inaccurately, as a**holes) or the joy of letting sadness "hit you like a truck." That was the guy who wisely and wittily observed that divorce should be celebrated because "no good marriage ever ended in divorce." This Louis C.K., in contrast, is an old fogey who's sentimental for "Porky's."

The trajectory of a comic's offstage life will inevitably affect the material that winds up in their routines. Ellen DeGeneres, one of the highest paid celebrities in the world, recently permitted herself to get meta about that in her ironically titled standup special "Relatable." (It opens with a story about her butler drawing her bath while a guest gets lost in her house.) C.K. can no longer convincingly play the hapless, can't get a break, dad-bod everyman. He's a rich, successful entertainer who has reluctantly admitted to crappy behavior toward his female colleagues. That his secure place as a beloved and, in his oft-repeated word, "admired" individual has been upended seems to quite sincerely infuriate him. No wonder he's feeling nostalgic.

It's fascinating, however, that C.K., a father of two teenage girls, laments that the younger generation is too "boring" compared with his own. I'm in his age group, and for a lot of people who were adolescents when the AIDS crisis and crack epidemic hit, there was plenty about that era that was sobering as hell. And I guess he just skipped right past the mainstreaming of gender fluidity that was actually a pretty big cultural hallmark of his teen years. But the observational humanity that once grounded C.K.'s work doesn't matter anymore. Why should it, when he can get cheap guffaws from fellow Angry Dudes who bristle at the mere notion of making the slightest effort? If there's comedy in the stance of "I'm too intellectually and emotionally lazy to live in a world where not everyone conforms to my ideas of how it should be done," C.K.'s joke doesn't seem to be a very self-aware or deprecating one. He hasn't just lost his reputation; he's lost his touch.

Far fresher and more astute is Midge Maisel, who, in the recently released second season of "The Marvelous Mrs. Maisel," takes furious aim at "those f**king losers at the bar" for whom "the highlight of their evening is the possibility of seeing a chick fail." In a second episode tirade that seems aimed squarely aimed at the soured shtick of C.K., Midge declares, "All comics are comics because something in their lives went horribly wrong. Men think that they are the only ones who get to use comedy to close up those holes in their soul. Comedy is fueled by oppression, by the lack of power, by sadness and disappointment, by abandonment and humiliation."

C.K.'s new incarnation, in contrast, is a creature clinging to power, furious at any challenge to its deeply rooted sense of entitlement. Fortunately for C.K., there will always be audience for the hostile, defiantly unchanging ranting male caricature he's become. (Maybe he can give Dennis Miller a call for pointers.) "What are you going to take away, my birthday?" C.K. grumbles the crowd at one point in his audio clip. "My life is over. I don't give a s**t." But it's not, and he does.

A once mighty comic voice has now tumbled all the way down to the cesspool where routines about airline food and the kids these days go to die. It's a sad place, but a far from lonely one. And as long as there are teenage mass shooting survivors to make fun of, there will be fans to applaud and cheer that C.K. is "just telling it like it is." But I'll be over somewhere else with Mrs. Maisel, who reaches out from the past to wonder about C.K. and his ilk. "Am I supposed to find them intimidating?" she asks. "Because all I see is a lineup of men who had to go into comedy just to get laid."